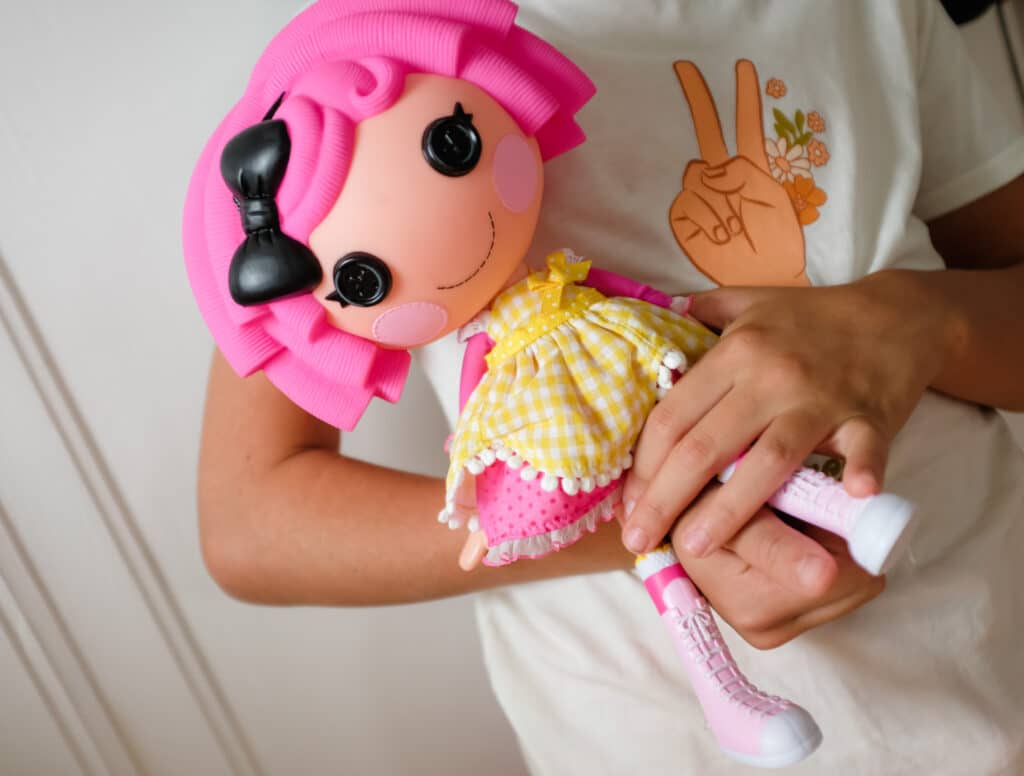 It’s hard to believe my oldest will start middle school in a few weeks. Time has flown by. While I sometimes miss my tiny girls that would live in dress up clothes, it’s fun to do so many “big kid” things with them as they grow and watch them experience new things. It seems with each age there are new favorites and special things that will remind me of that age. When I think about their “favorites” when they were in preschool, one thing that I will always hold dear: Lalaloopsy. 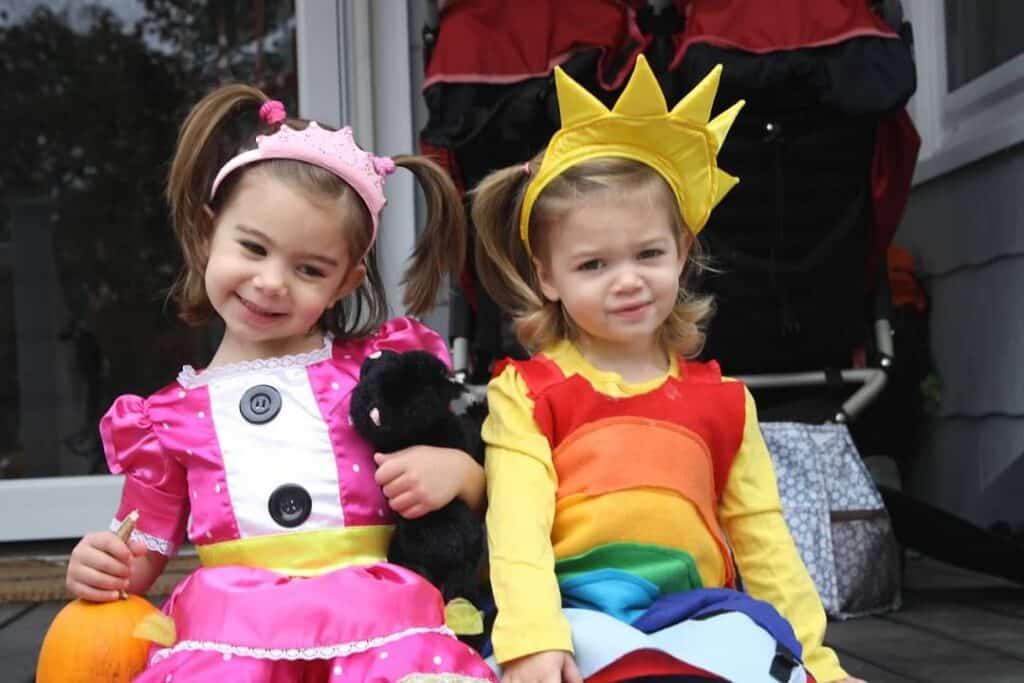 One year for Halloween, Maggie asked to be a Lalaloopsy doll. I found a costume and she not only wore it for Halloween but she wore it most days for about the next 18 months. I think I had to re-sew the skirt on at least 5 times because it was so well loved and well played in!

My girls grew out of their Lalaloopsy stage and it was on to something else, but I knew they were toys and memories we’d hold onto. 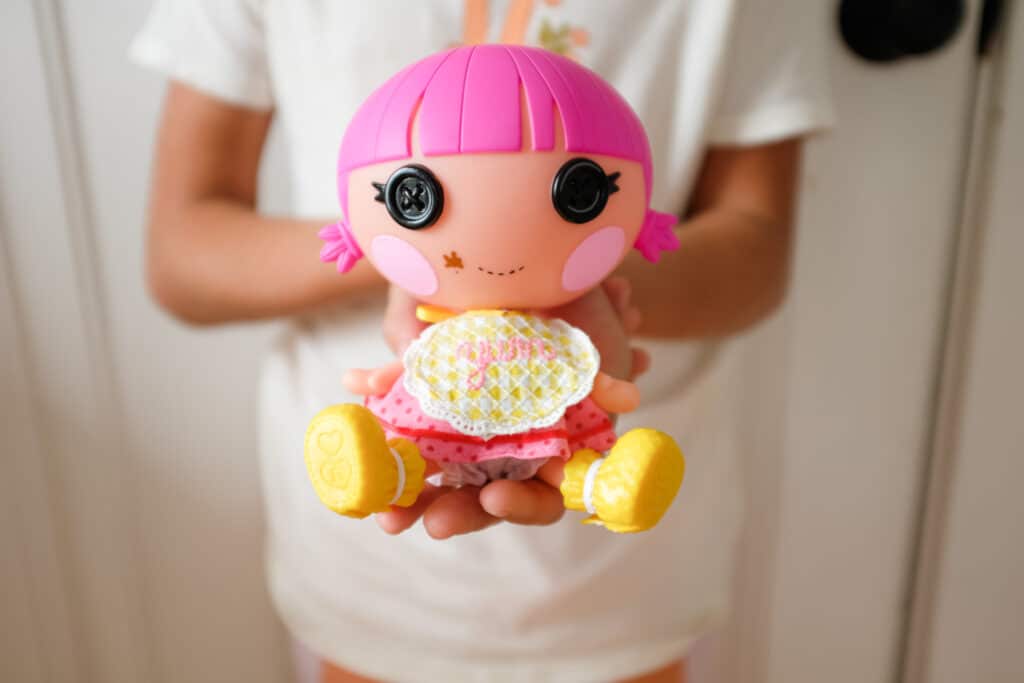 I recently found out that Lalaloopsy dolls are being re released this month. They haven’t been on the shelves since 2018. I was so excited when they reached out and offered to send us some dolls to share a “sneak peek” on the blog. The toys will launch the end of this month and your kids can watch the show on Netflix and YouTube.

If you are new to Lalaloopsy, they are dolls that were once rag dolls who magically came to life when their last stitch was sewn. They live in a whimsical world and the different characters each have their own unique personality drawn from the fabric that was used to sew them. 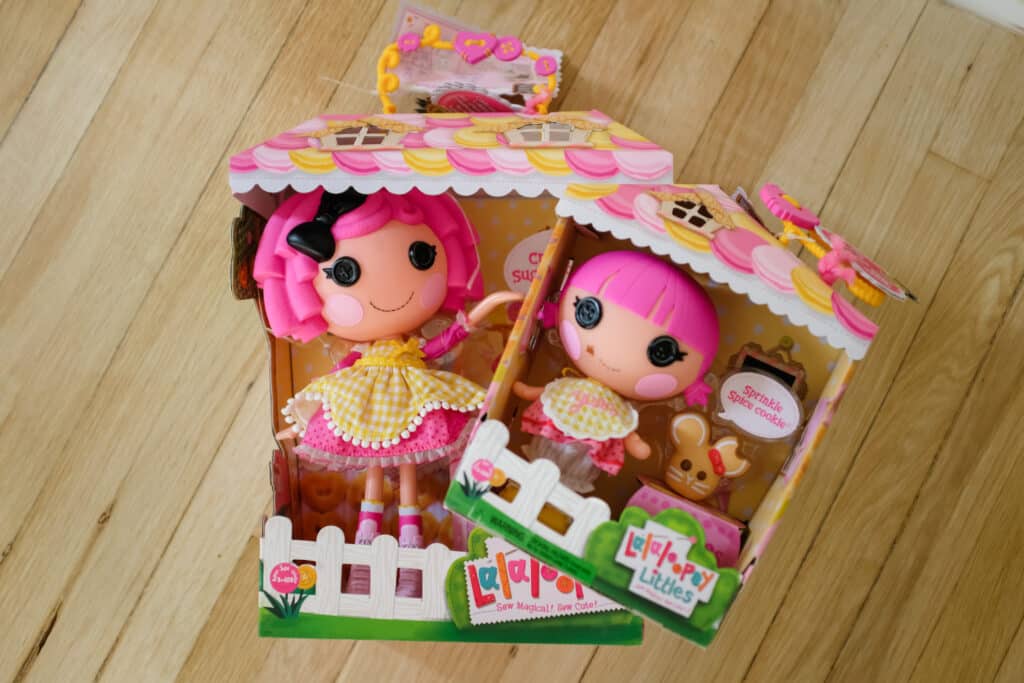 For example, Maggie’s favorite was always Crumbs (that’s the costume she picked for Halloween). Crumbs was also a big sister like Maggie, loved her pet mouse and enjoyed baking for friends.

Both the show and toys are cute and wholesome. The overall theme is to inspire kids to develop their own creativity and imagination.

The characters are back and there are some new features too. Each new house package is a reusable house playset. The boxes are colorful and fun and helps there to be almost zero waste. As you collect them, you can connect their fences to create Lalaloopsy Land – all with the boxes! There are 25 characters to collect and they are available at Walmart, Amazon, Target and other toy retailers in this August. 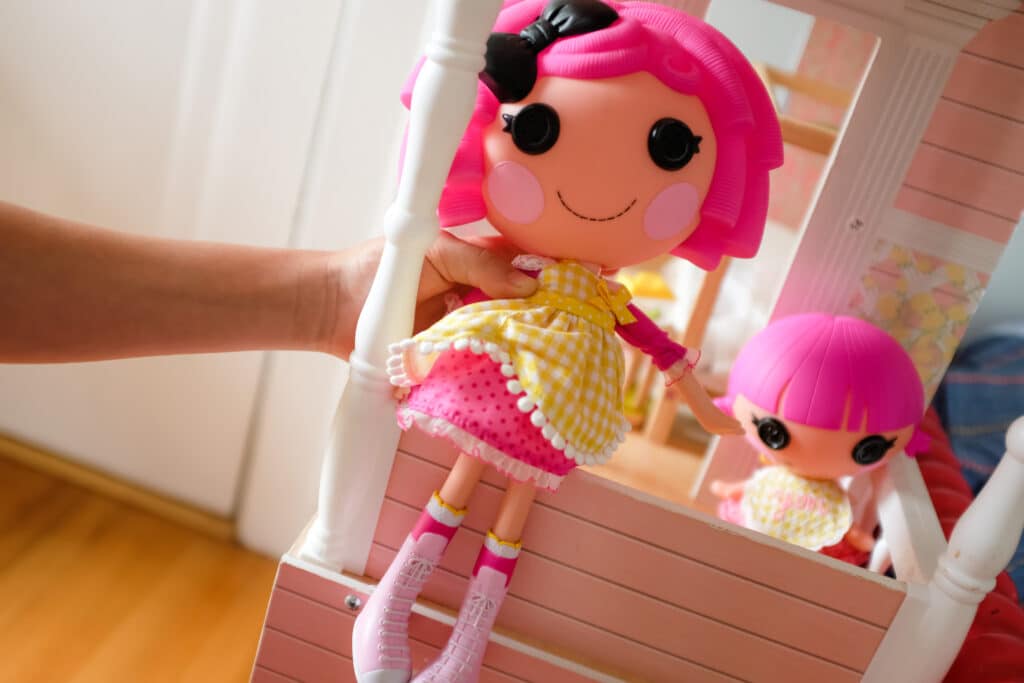 My girls were really excited to see the new dolls. They chatted about all the things they remembered about their Lalaloopsy days. I couldn’t believe how many show episodes they remembered, dolls they would bring over to their friends houses, etc.

Their little cousin is just starting to love dolls and my girls are excited to bring the new Lalaloopsy dolls over to her. They’re going to tell her all about Lalaloopsy and spread the joy of these characters to a new generation of kids. 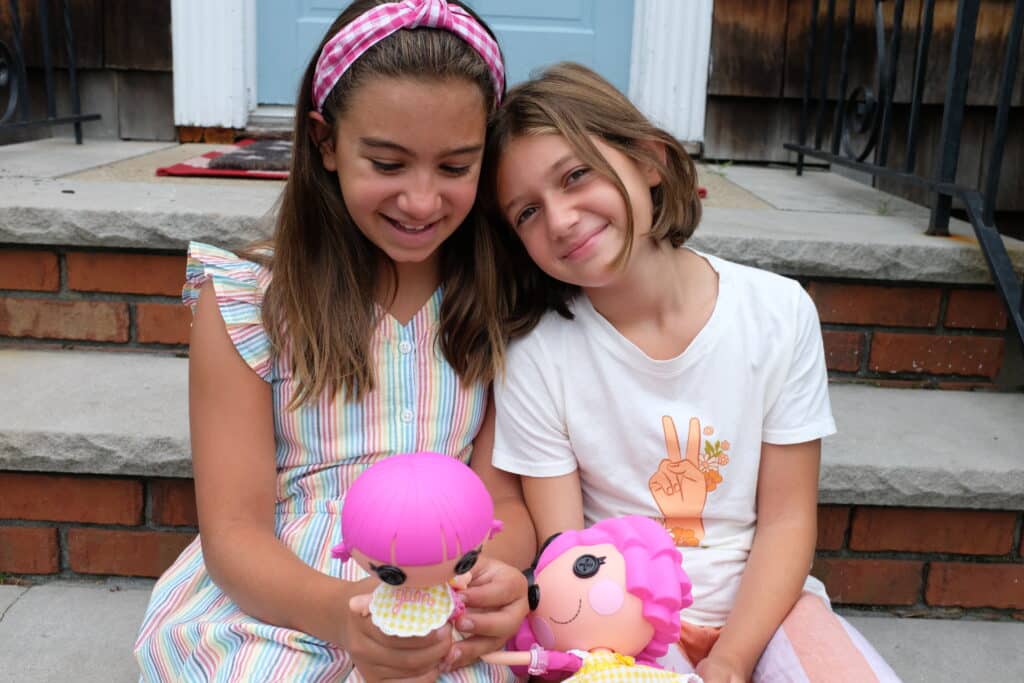 In addition to sending us the dolls to preview, the brand has also offered to let my girls choose somewhere to donate some of the new collection of Lalaloopsy dolls too. We chatted about who would love these toys and who could use a smile. Lalaloopsy dolls are so cheerful and we thought a spot that could use some extra cheer is the children’s hospital in the area.

This summer when their little brother broke his arm and had to spend many hours in the hospital, he got to choose a brand new toy. This was really important to him because he was SO scared of some of the new things he had to endure like an IV. He played with the new toy while we waited and held it tight when he was nervous. He was also really excited to show his siblings when he got home. 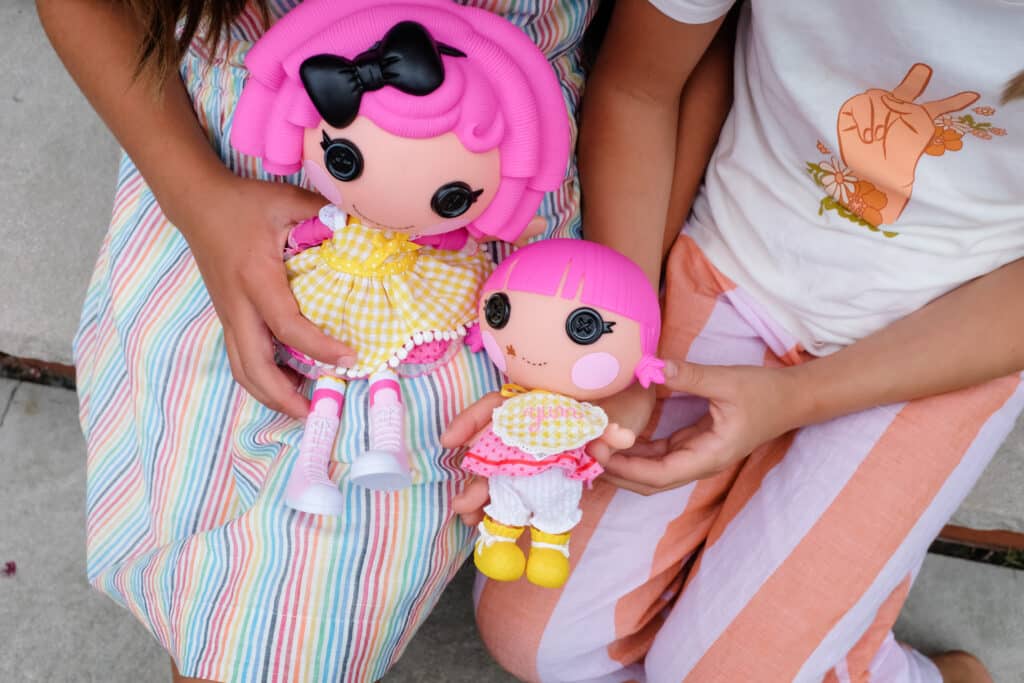 The girls know that many kids visit the hospital daily and many have to stay a lot longer than their brother did, so they think Lalaloopsy dolls would be really special to send. They also had a good point: they just might start watching the show while in the hospital and that might make them smile too.

Be sure to check out this adorable line of toys and uplifting kid’s show. We are so happy Lalaloopsy is back! 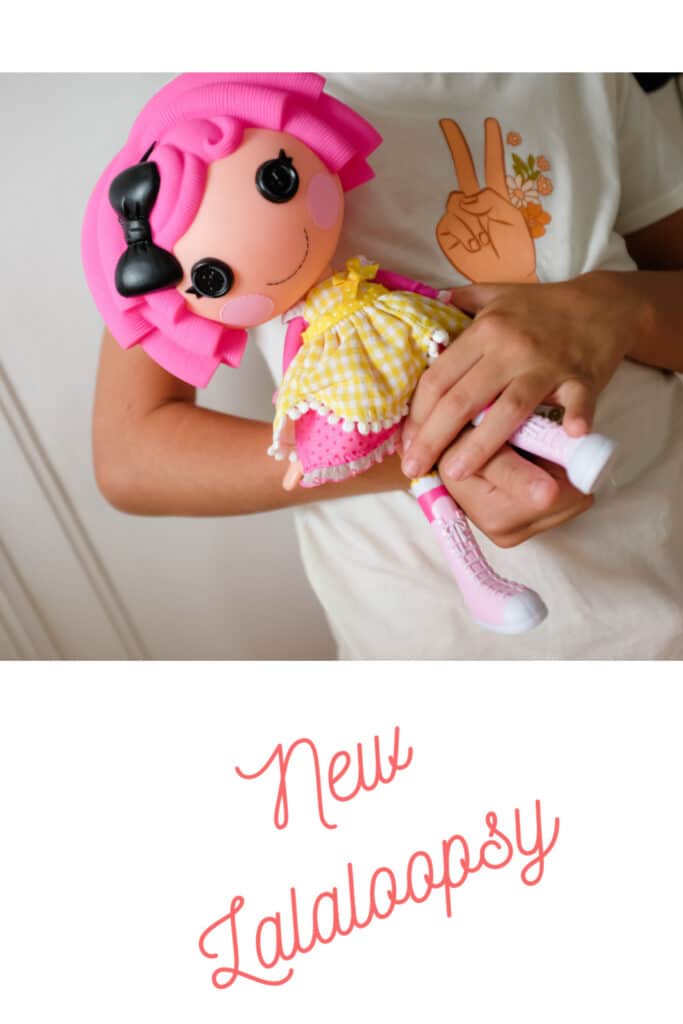