Disclosure: This post is sponsored by Hulu. Compensation was provided by Hulu via Mode Media. As always, all opinions are our own. 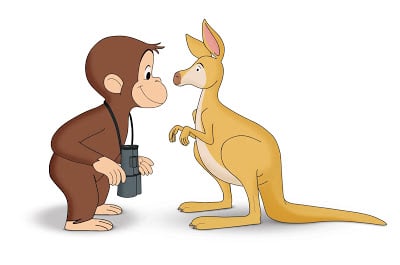 If there’s one show that I can get all of my kids excited about, it’s Curious George. None of my kids are huge tv watchers, but everyone loves Curious George. Maggie (6) is starting to read and is thrilled she can now read some of her favorite Curious George books herself. Seeing the stories come to life in the show is really fun for her. Alex (4) has loved Curious George books since she was a baby and naturally her favorite Monkey being the star of the show makes Curious George her favorite tv show. Tommy (18M) won’t sit still for more than 2 minutes; he’s just like that curious little monkey George. But he seems to follow his sisters’ lead when it comes to watching Curious George. Plus, even though he rarely sits to watch a whole episode, at least he’ll stand in the same room as us while he points at the tv and makes monkey noises and dances. And why does Miles (2 months) love Curious George? Well it seems to be one of the few times during the day he can be fed uninterrupted.  Curious George seems to be one way I can entertain the older three while I tend to their baby brother these days.

The best part about all of the kids collectively liking Curious George: it’s now super easy to watch all of the episodes. You can watch all nine seasons – more than 100 episodes – as well as the animated film Curious George 2: Follow That Monkey.

There are hundreds of thousands of hours of tv and film available to watch. You can subscribe for as little as $7.99 per month. Right now you can try it out for free for only a limited time. We mainly watch Hulu on our tv because we have the app right on the television. But when we are traveling or just on the go, it’s great to be able to watch Hulu on other devices. Who doesn’t want to bring Curious George along with them on vacation for the kids? 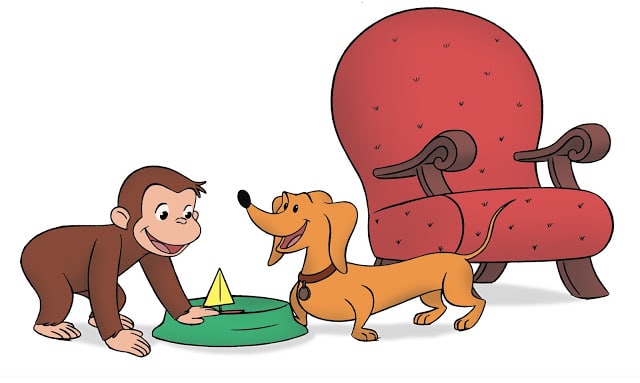 In the next few months we have weekend getaways, family weddings and summer travel ahead of us. We will definitely be tapping into plenty of Curious George episodes on Hulu when the kids need a little downtime. I’m sure as they get older there will be few tv shows that all 4 kids will agree on, but for now we’ll enjoy the fun family time with Curious George.

All 9 seasons of Curious George, as well as the animated film Curious George 2: Follow That Monkey, are now streaming only on Hulu. As with all kids programming on Hulu, Curious George streams commercial-free.