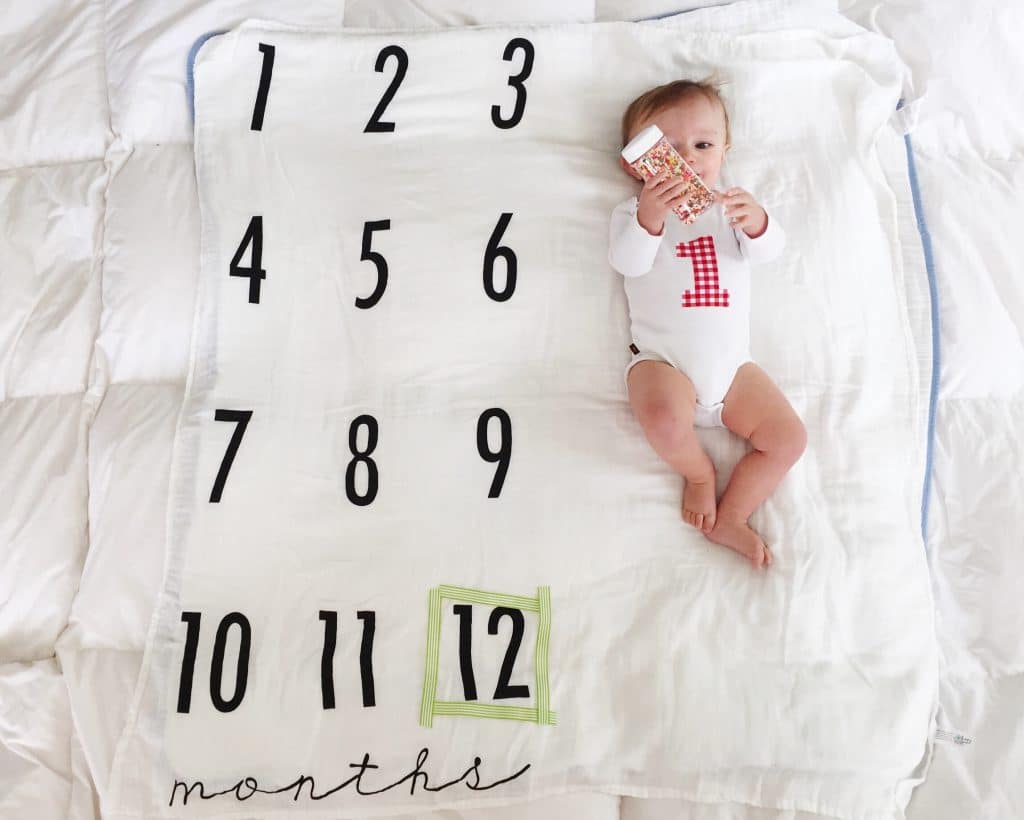 First off…. I can’t believe I actually made it 12 months of remembering to write these monthly posts. Miles might get a lot of hand me downs, no baby book and plenty of other “4th child” woes, but he will have a pretty good recap of what he did monthly for the 1st year of his life. It was happy and sad taking out the milestone blanket for the last time. Sad, because time flew by way too fast and happy because once Miles was on the go, it was nearly impossible to get a photo on this thing!

So 12 months: Obviously the biggest milestone this month was celebrating Miles’ 1st birthday!

You can read a letter I wrote to Miles on his first birthday here. 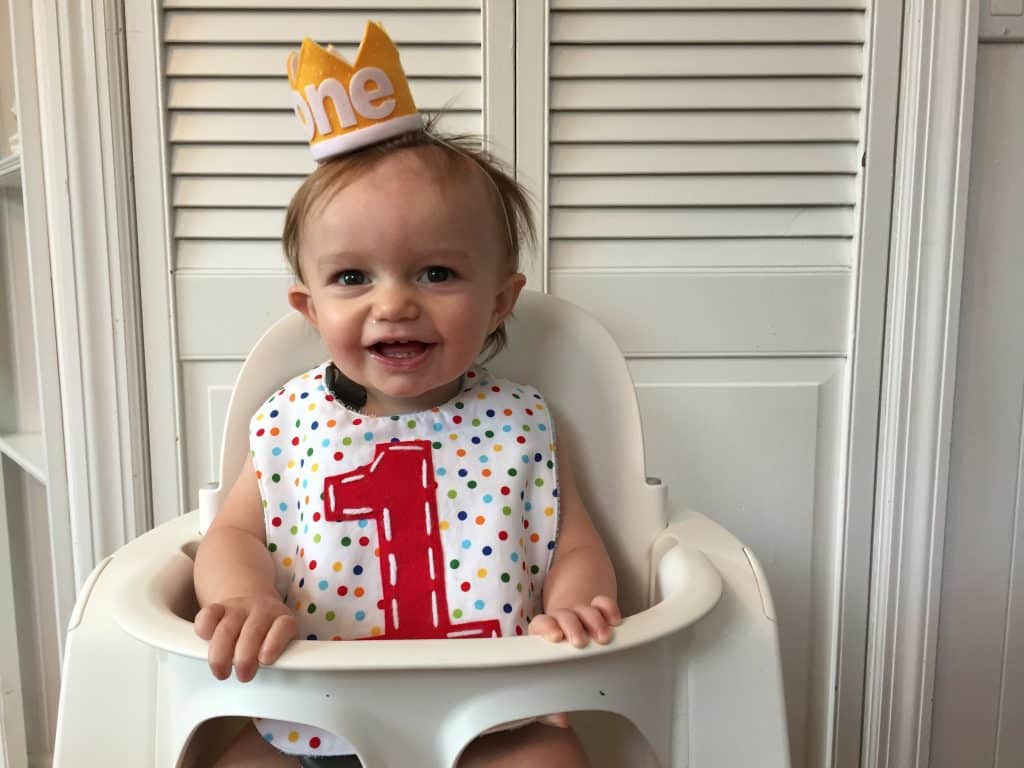 The weekend before his birthday, we took a family ski trip to Vermont. Miles had a blast exploring the hotel room with his siblings (he even managed to throw a whole roll of toilet paper into the hotel toilet) and loved playing in the snow. 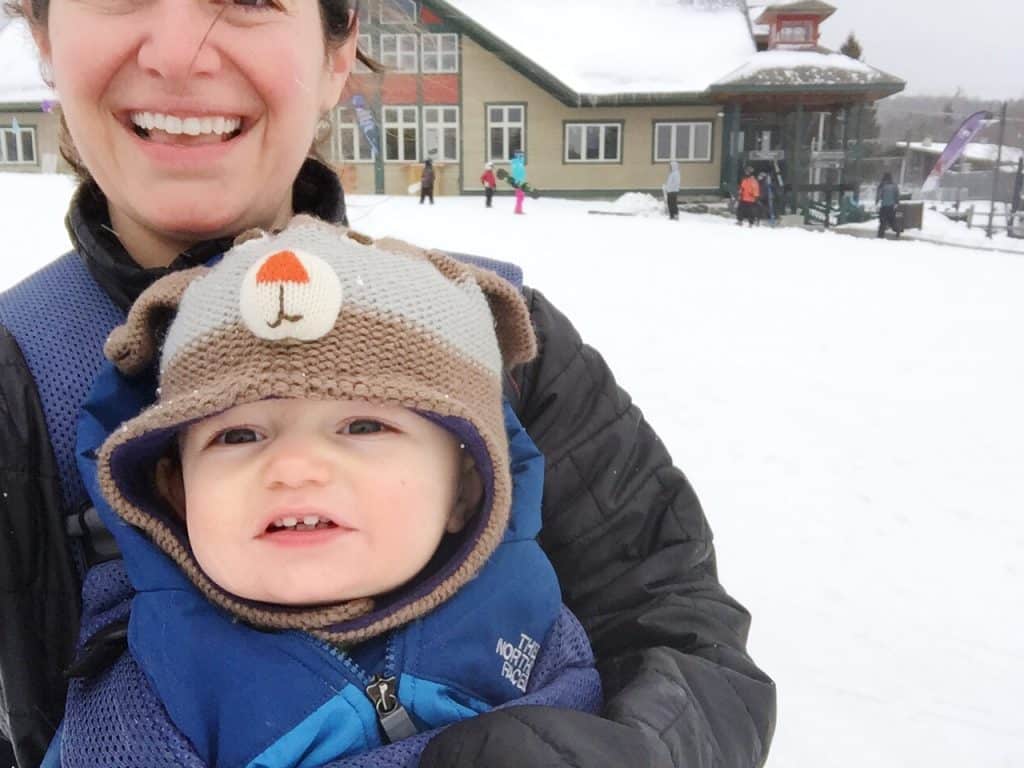 On Miles’ first birthday (a Tuesday) we hung out at home and then had his favorite dinner: spaghetti and meatballs. After that we gave Miles his first cupcake and sang to him. He went wild for the cupcake and ate the entire thing. He was covered in spaghetti sauce and frosting and was happy as can be.

A few days later, we celebrated his 1st birthday with family and friends. 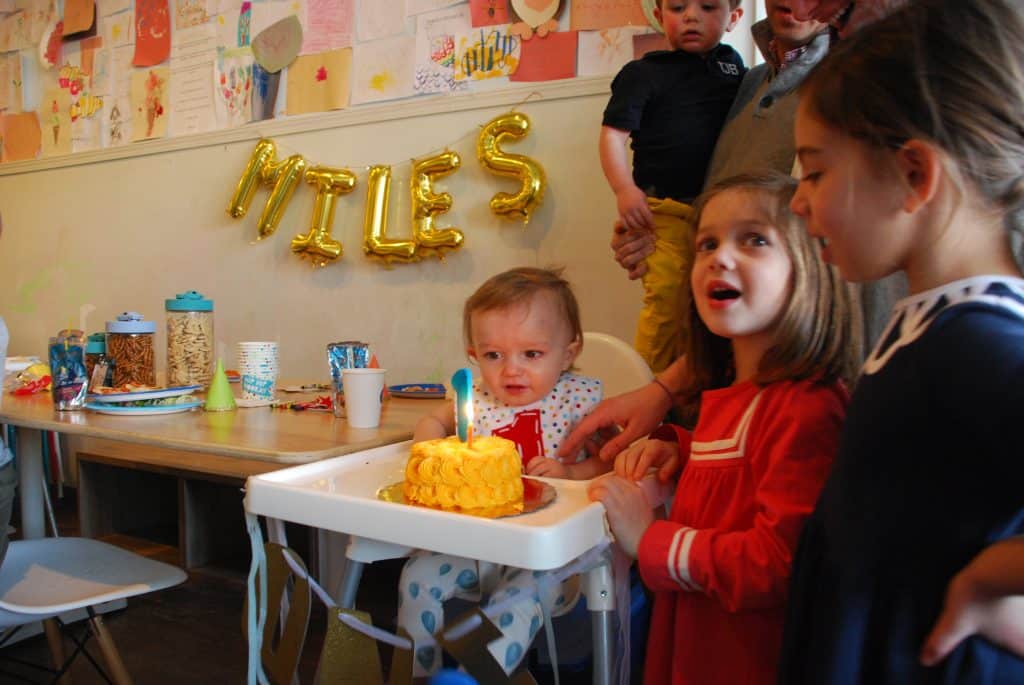 Here’s what Miles has been up to at 12 months:

Eating: Miles has switched to drinking whole milk. He drinks a big bottle of milk at nap and bedtime and sometimes another bottle mid day. He occasionally still drinks formula on the go.

He is still an eating machine. When he is in his high chair, he is constantly trying to reach as far as he possibly can to steal food off Tommy’s tray or off the table. One BIG eating milestone (and one of my favorites) is that he can now eat the baby food pouches on his own. This is pretty helpful during the wild and crazy morning rush at our house. A new favorite food this month for Miles: hard boiled eggs. 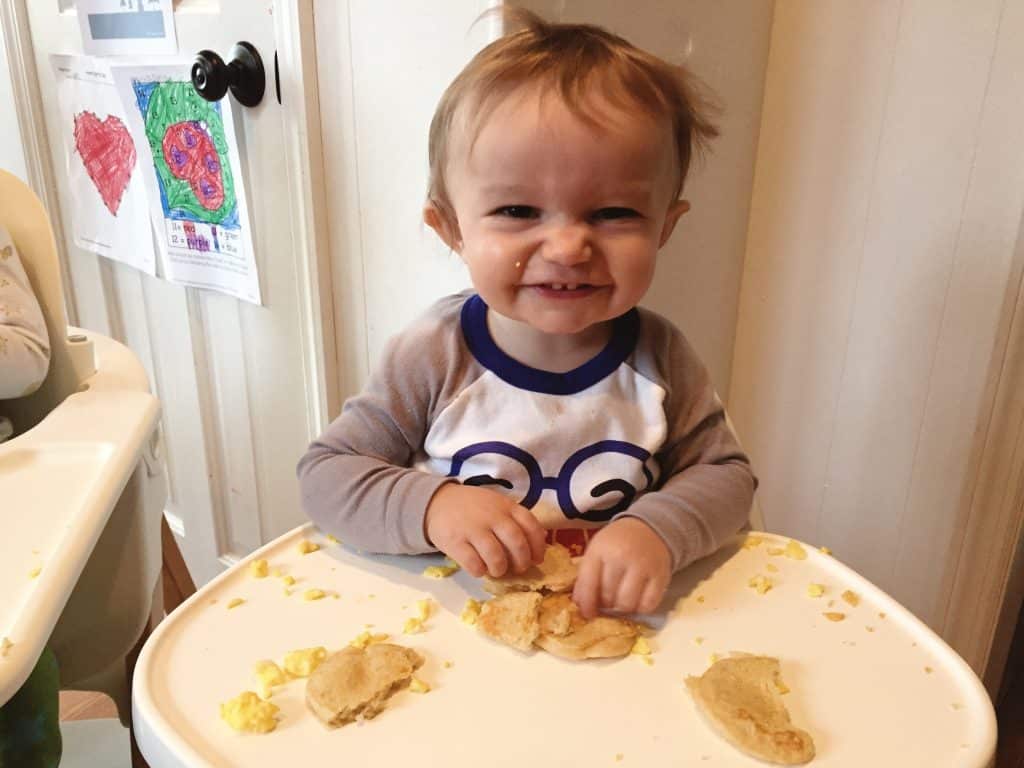 Miles now points at EVERYTHING. If he is pointing and doesn’t think he’s getting your attention he makes a super cute face and grunts along with the pointing.

Miles now says mama all the time and specifically at me. He saw me on FaceTime when I was away this month and kept pointing and saying “mama”. He also clearly says Elena when he sees Elena of Avalor or hears her theme song. Miles also points at the Christmas pictures we have on the fridge with Santa every time we pass by and says “ho ho ho”. 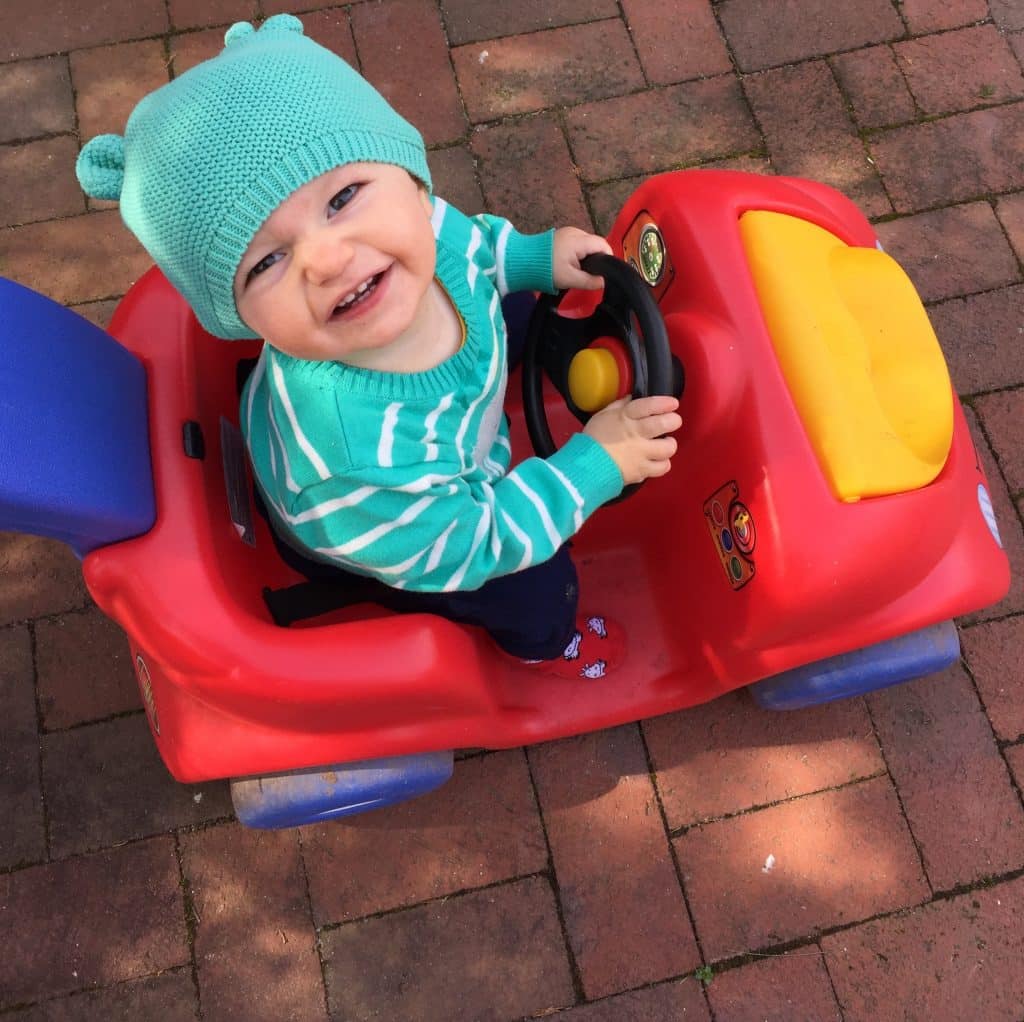 Miles loves to be outside. He’s started riding around in the push car and thinks it’s a blast, especially the honking horn. If his siblings re outside, he stands up at the door and bangs on the window until I take him out too. He loves the swings at the park and taking walks in the stroller. 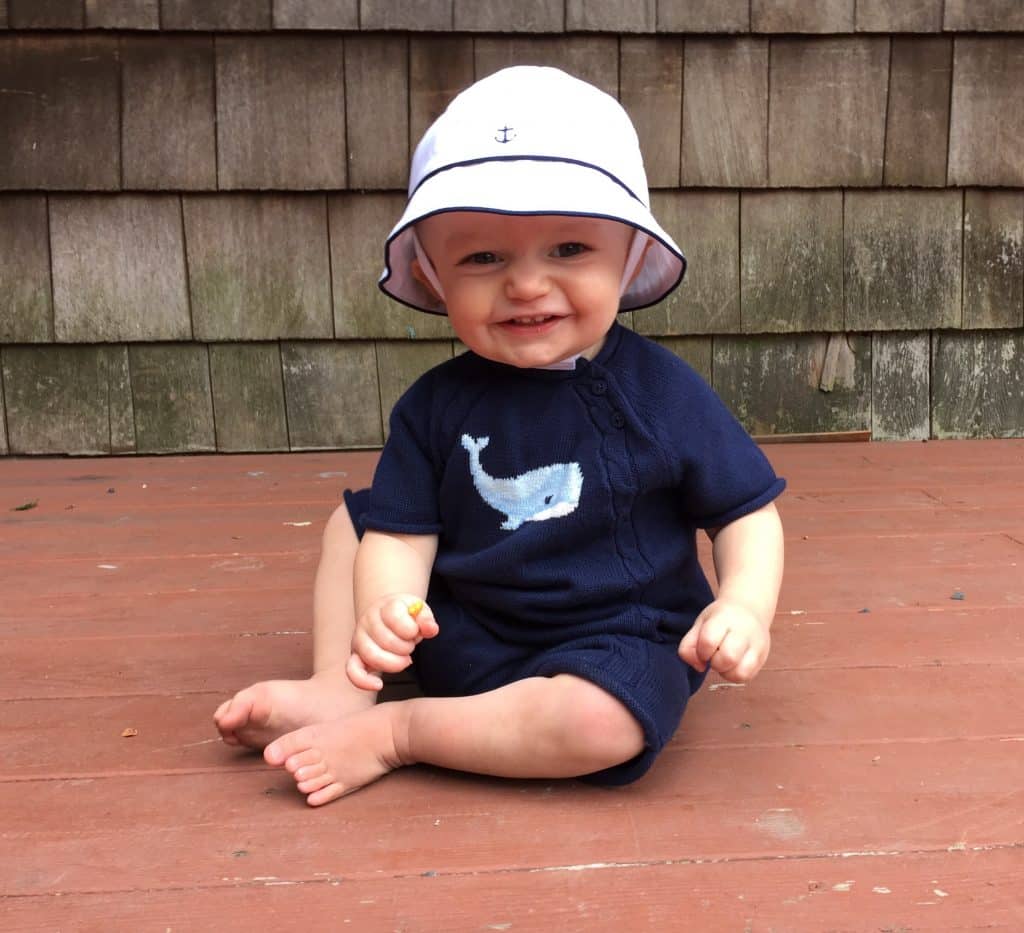 Another big milestone this month, is that Miles moved out of our room. He was in our room all year because his crib is in with his brother and we were afraid they’d wake each other up. I was nervous for the transition because we have never had any of the kids sleep in our room past a few months. Miles did great with the switch. Me on the other hand… I think I cried more than Miles did.  Surprisingly, when he wakes up crying, he doesn’t wake Tommy. Miles seems to really love the crib and actually falls asleep quicker and wakes less during the night. Next step will be bunk beds for those two! 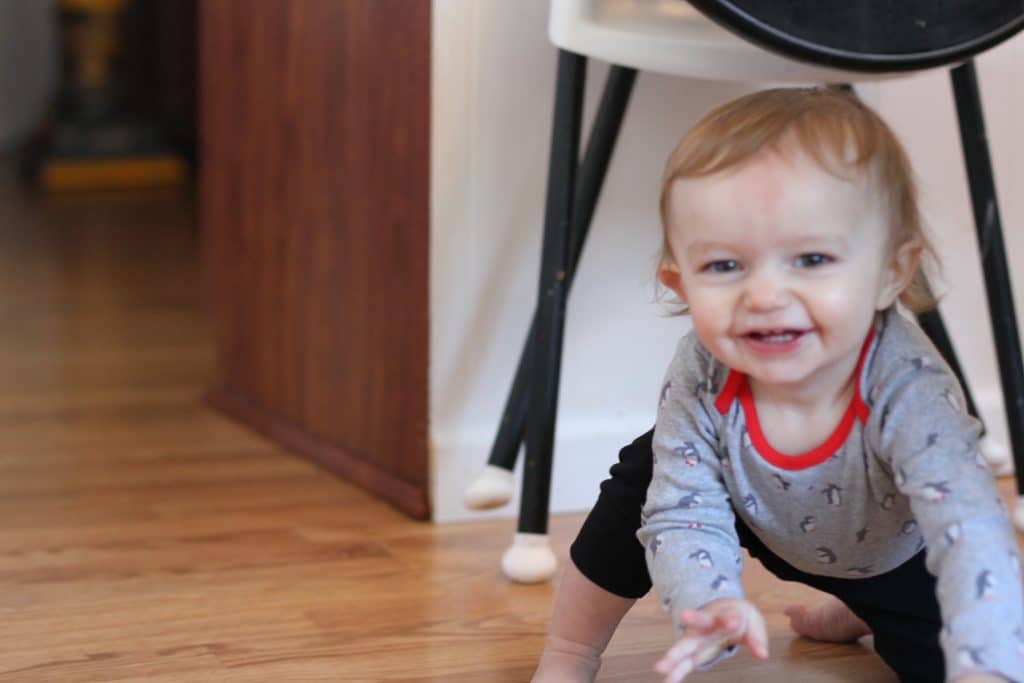 Miles is not walking but now pulls up on everything and cruises around. The past few days, he will let go and stand on his own. I have a funny feeling that the next big milestone will be walking. 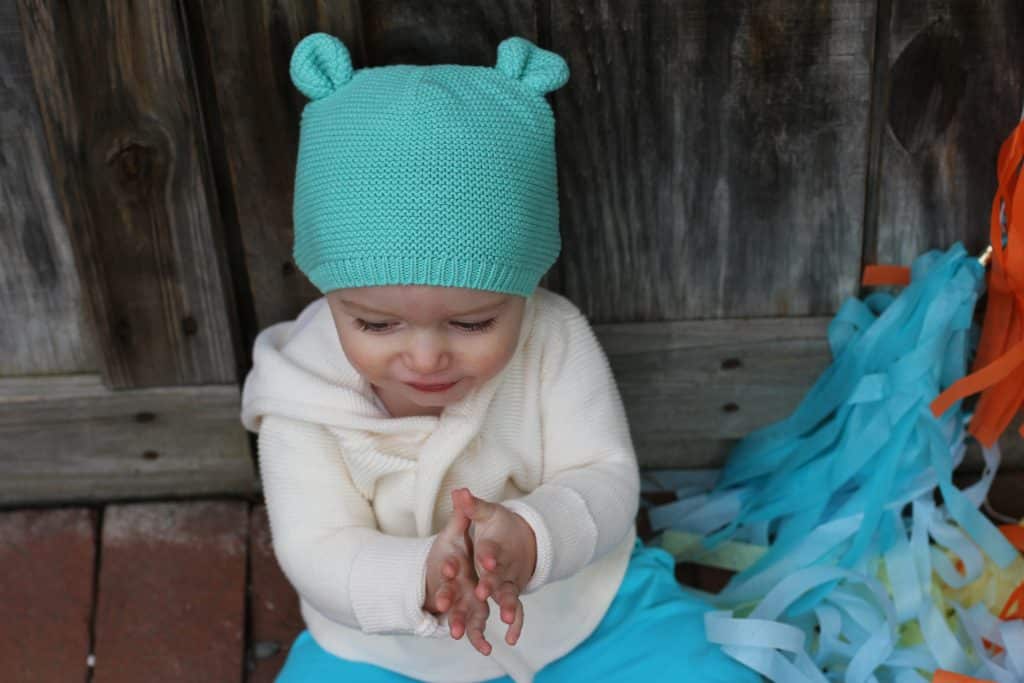 It’s such a blessing to raise babies and watch them grow month by month. The first year there are so many exciting monthly milestones. For the past 12 months, it’s been a true joy to sit down and write about Miles’ Milestones. 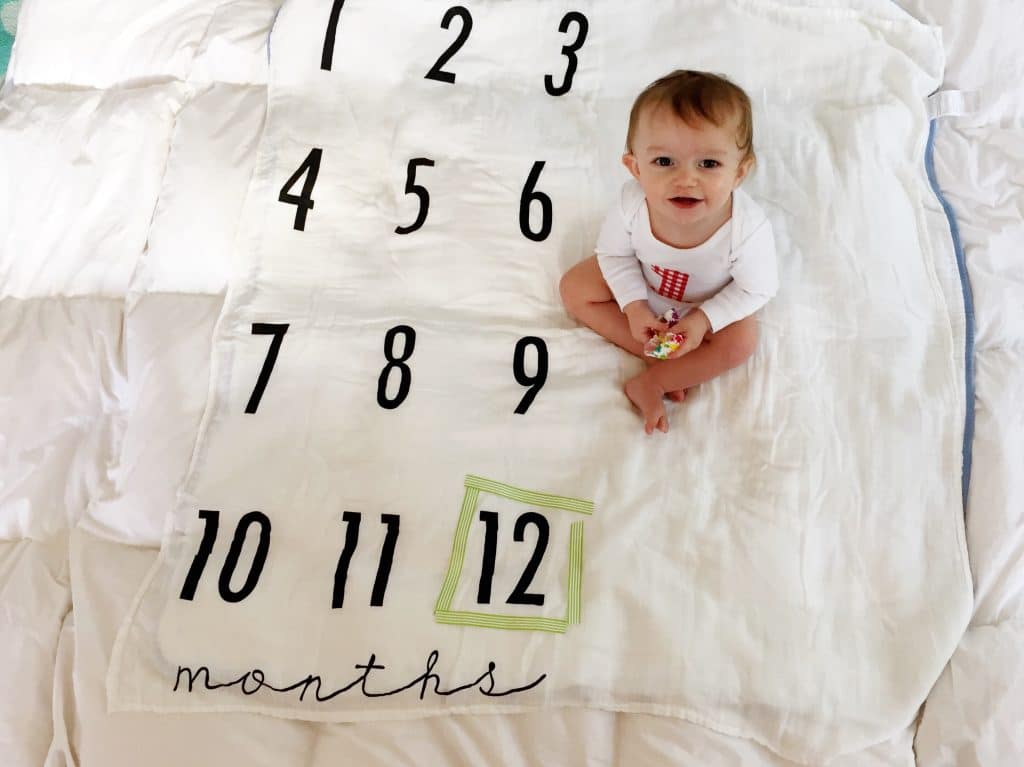 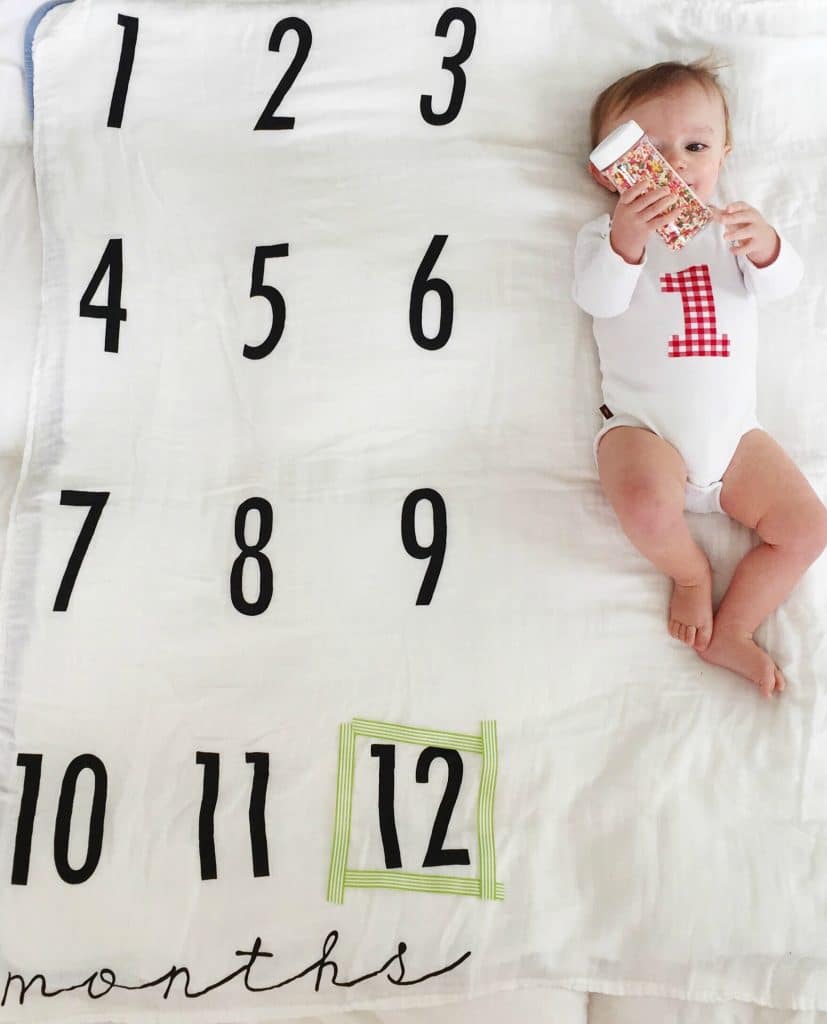