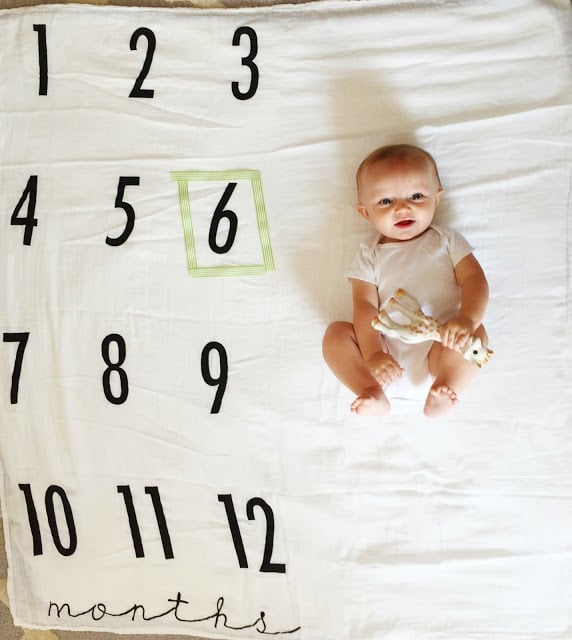 Miles is 6 months old: 1/2 a year! It’s going by entirely too fast. I started off the month with a special letter to my little boy (you can read that here). Here’s what Miles is doing at 6 months: 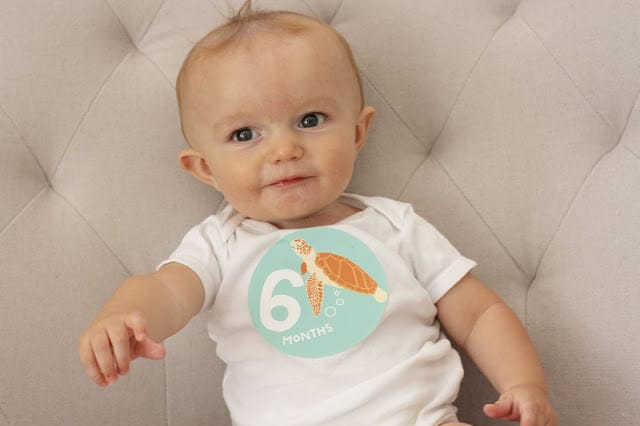 First off, Miles has grown to be 15 pounds and 14 ounces which is exactly (to the oz!) double what he weighed at birth. He’s now 26 inches, so he’s grown half a foot in half a year! He’s fitting into 9 months clothes and the only thing that doesn’t seem to be growing is his hair. He has the least hair of any of our babies but we love the “fuzz” he has on the back of his head and the tuft of hair on top. His sisters say it’s like Simba from the Lion King. 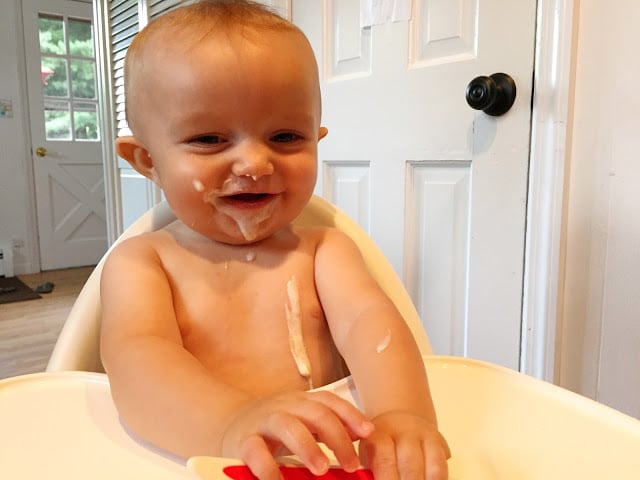 Eating: This has been a big month for trying new foods. Last month Miles had really just started foods and tried rice cereal and fruit. This month Miles has tried: yogurt, sweet potatoes, new combos like “broccoli, peas and pears” and more. He’s also tried couscous, bread crust and grabbed a whole banana. Miles loves Baby MumMums, puffs and Cheerios. He can’t quite pick up the tiny stuff but tries. He prefers foods he can grab and eat and isn’t crazy about baby food. Tommy was like this and we did more of a baby led weaning approach. I have a feeling we’re going in that direction with Miles too. Miles’ favorite thing about mealtime is that he now sits in a high chair at the table with his brother and sisters. He looks from side to side at all of them and smiles so big. He’s so happy to feel like “one of the gang”. 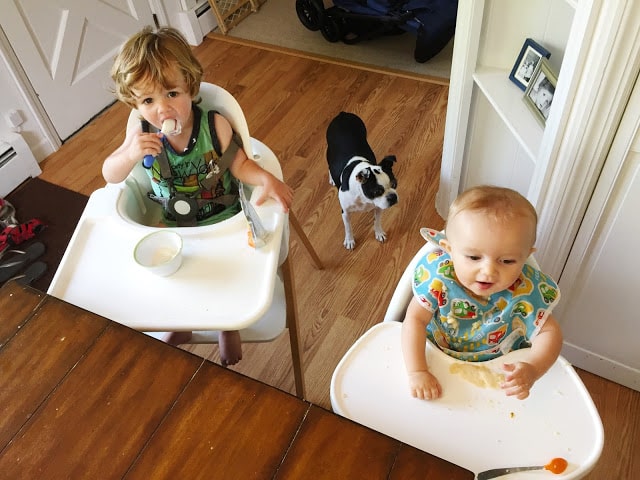 Playing: Miles remains my best baby when it comes to playing with toys. He loves when you hand him a toy and spends time shaking, crinkling, etc. Most toys go right to his mouth, so Sofie the Giraffe is still a favorite. Miles started playing peekaboo this month. He cracks up when we play it with him. His little giggle is the sweetest. 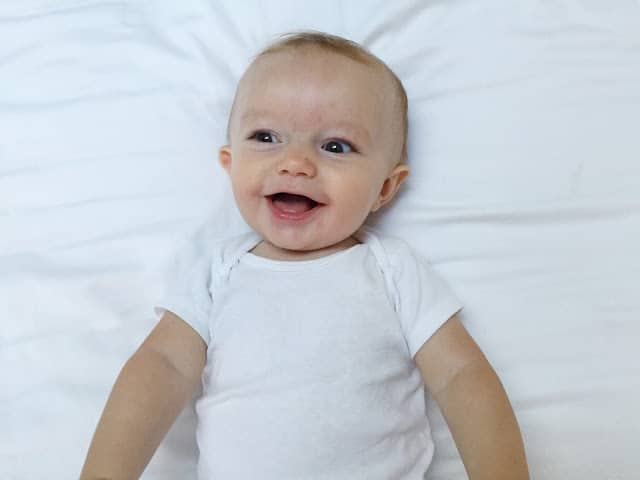 Sleeping: Miles goes to bed a little earlier now (8pm) and sleeps until about 6am. His main nap of the day is when his brother naps and while he’s really young for one nap, it’s only a cat nap here or there the rest of the day. My other babies all did 2 naps at 2 pretty exact times of day at this age. While I’d like Miles to nap twice, one long nap when his brother naps means a pretty quite afternoon in our house. 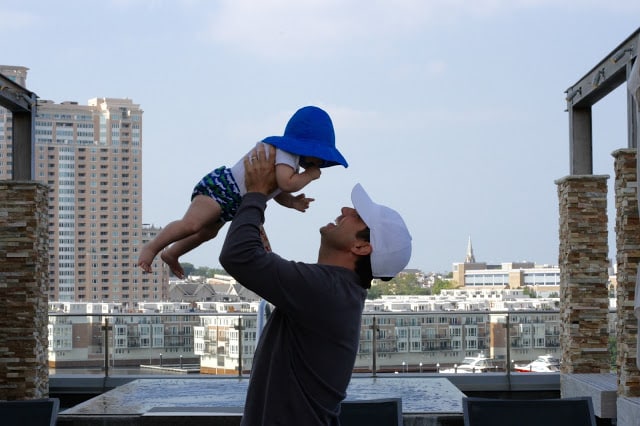 Travel: This month Miles traveled to Baltimore for the first time. He splashed around on the splash pad with his siblings and explored the National Aquarium with us (from the Bjorn). He loved seeing all of the fish and dolphins. The dolphin show was so exciting he fell asleep halfway through! He was a joy on vacation and tried Italian bread for the first time in Baltimore’s Little Italy.

This month our most used items are:

Miles seems to be getting closer and closer to siting up on his own. We’ll see what 7 months brings! 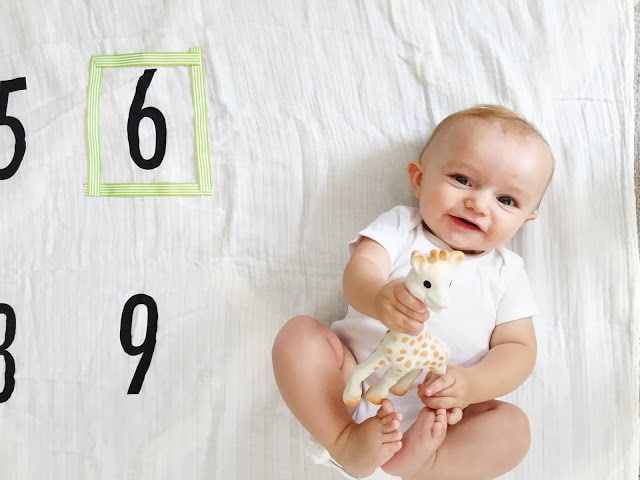