My two boys are all about Star Wars right now.  Our couch often turns into the Death Star.  Pencils become miniature light sabers.  Our dogs are little Yodas.  They are the biggest little Star Wars fans out there & so they couldn’t have been more excited when they discovered that their favorite characters are now appearing on the boxes of their favorite cereal! 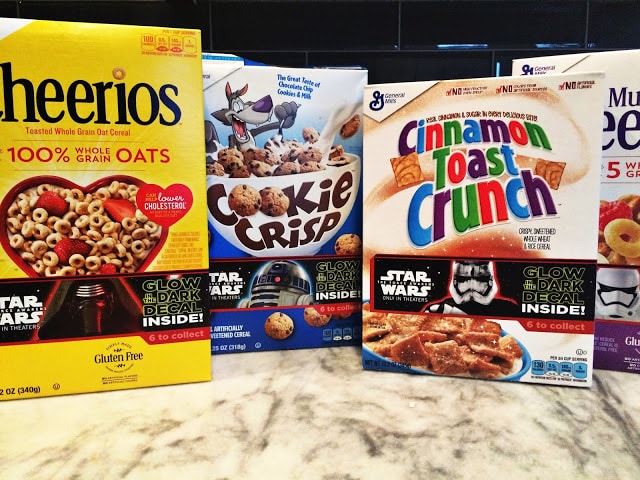 We have been doing lots of crafts lately, thanks to the cold weather & more than enough snow days in our part of the country.  We decided it would be fun to turn these decals into a fun new backdrop for them to use to keep in their room to play with their Star Wars characters.  We created a fun Star Wars Constellation Canvas Craft.  Below, I am sharing directions for your kids on how to create this fun backdrop. 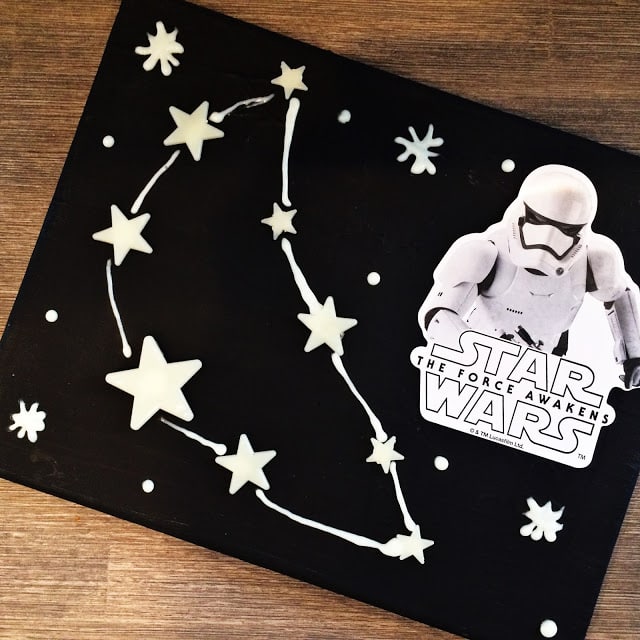 Glow In the Dark Stars

Glow in the Dark Paint

1.  Paint the canvas black.  The boys did two coats to make sure that you couldn’t see the white canvas at all.

2.  Form a constellation using the glow in the dark stars.  My five year old son is learning about space in school so he really wanted to create a moon!

3.  Using the glow in the dark paint, trace between the stars to draw your constellation.

6.  Add the Star Wars decals.  Since they are reusable, you can change them out depending on what character you want on there for the day.  You are now ready to play! 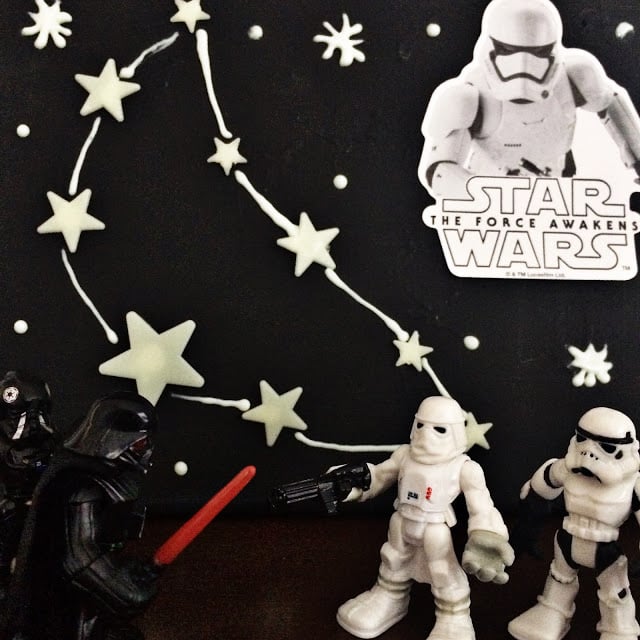 The boys loved making the craft & using it during their playtime, especially because it featured their favorite Star Wars characters.  If you have a Star Wars fan in your house, make sure to pick up these specially marked boxes of General Mills Big G Cereals for your very own limited edition glow-in-the dark Star Wars decals.   For the latest information & updates from General Mills, make sure to follow their Twitter, Pinterest, & Instagram accounts. 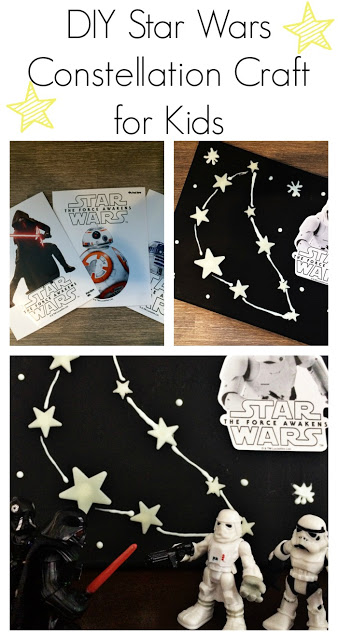 Disclaimer: Compensation was provided by General Mills via MomTrends.  The opinions expressed herein are those of the author and are not indicative of the opinions of General Mills or Momtrends.