Last weekend, Julie & I took one last big adventure with both of our families before her new baby arrived. We always have a great time spending the day with our husbands & all 4 kids, and this was no exception. We hoped in the car & drove south to Princeton, NJ to see The Laurie Berkner Band in concert. 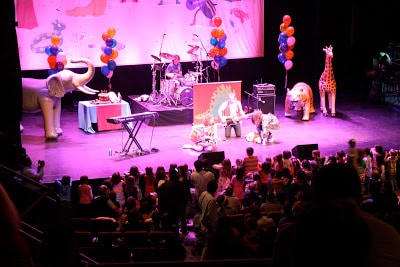 The show was awesome! The kids enjoyed every minute & the adults did too. It was the first concert any of our kids attended. The length of the show was perfect for keeping little ones engaged. It was fun & interactive! Laurie Berkner kept the kids singing, dancing & laughing the whole show. The show we attended was an Animal Party. Kids were invited to bring “animals to wear on their heads”. When Laurie Berkner started singing “Pig on Her Head”, she invited everyone to take out their animals & put them on their heads. Maggie grabbed her owl hat & put it on as fast as she could! 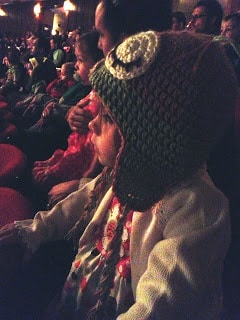 The band played so many great kid’s songs. Our favorite was “I’m Gonna Catch You”. We had been listening to that a lot the week before the concert & singing it at home, chasing each other around the house. When the song started, both of my girls jumped out of their seats in excitement. 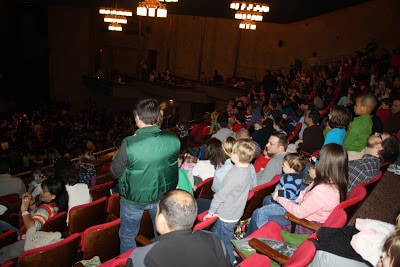 I recently found out that Laurie Berkner is a Jersey native herself & from Princeton. It was her first show back in her hometown. After the show, we spent some time enjoying Princeton. It’s a beautiful place to walk around & the weather was perfect. It was the first warm weekend we’ve had in months & our kids were so glad to have time to run around outside.

You can see The Laurie Berkner Band’s concert schedule here. They are traveling all over the next few months so be sure to check it out. If they’re coming to a city near you, I’d highly recommend the show for a great day of family fun! 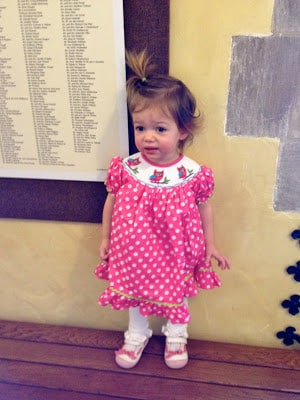