Today, I am sharing some books that I am hoping to read this summer.  Many of these are based on friends’ and family recommendations.  There is a little bit of everything in here:  light beach reads, books to encourage & challenge, and other just plain awesome reads.  Hope you enjoy this list! 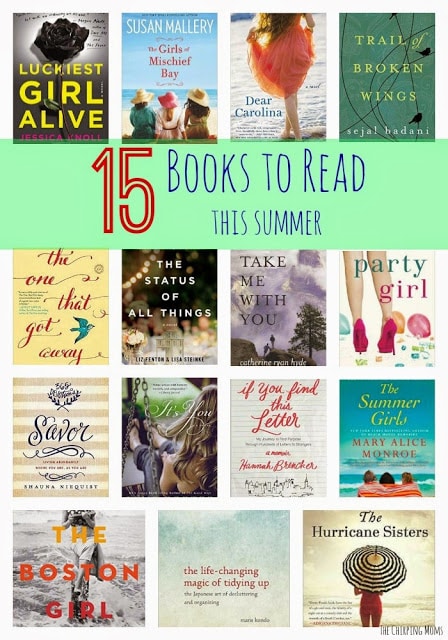 Goodreads’ synopsis:  “A moving debut novel about two mothers—one biological and one adoptive—from a compelling new voice in Southern women’s fiction.  One baby girl.  Two strong Southern women.  And the most difficult decision they’ll ever make.  Frances “Khaki” Mason has it all: a thriving interior design career, a loving husband and son, homes in North Carolina and Manhattan—everything except the second child she has always wanted. Jodi, her husband’s nineteen-year-old cousin, is fresh out of rehab, pregnant, and alone. Although the two women couldn’t seem more different, they forge a lifelong connection as Khaki reaches out to Jodi, encouraging her to have her baby. But as Jodi struggles to be the mother she knows her daughter deserves, she will ask Khaki the ultimate favor.  Written to baby Carolina, by both her birth mother and her adoptive one, this is a story that proves that life circumstances shape us but don’t define us—and that families aren’t born, they’re made…”