Fall is upon us which means one special outing in this house:  apple picking.  Well, we headed out really early this year by doing our first round of apple picking in August.  I headed out with the kids last Friday (and some dear friends) to a farm west of DC as our last day of summer hurrah before school started this week.  We rode the cow train, took a farm hayride, picked apples, & had a full and fun day with friends at the farm.  I have to say that we had a blast, but I am thankful to have had extra hands there because it was a bit of a challenge at times, apple picking with three little ones without my husband!  When we arrived home & took inventory at all the apples we picked, I knew that I needed to attempt some “apple baking”.  So I did end up doing a little work on Labor Day as I went to work on two fall apple recipes to share with you today:  Double the Crisp Apple Crisp & Apple Oatmeal Muffins.
This first recipe was modified from a few that I have tried in previous years.  One of my favorite thing to do with apples is to bake homemade apple crisp, but for some reason I have never made the perfect apple crisp.  One year it’s been too soggy.  Another year the topping was insanely thick.  This year, I was looking to create a recipe that had a lot of crisp but not losing the taste of the fresh apples.  So I created the ultimate Apple Crisp, Double the Crisp & it is awesome.  Husband approved. 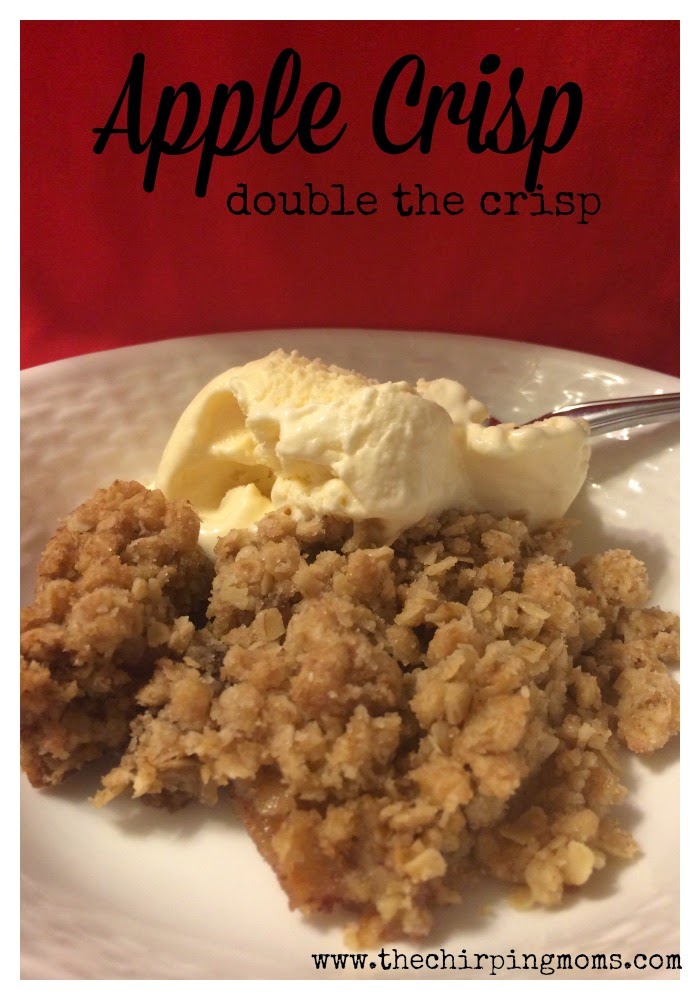 Apple Crisp:  Double the Crisp
Ingredients:
Directions:
Set oven to 350 degrees.  Grease a 8×8 pan.  In a Ziploc bag, add the 1/4 cup white sugar, 1 tbsp flour, vanilla, lemon juice, & apples.  Shake until apples are well-coated and pour into bottom of pan.  In a mixing bowl, add the oats, 1/2 cup flour, brown sugar, 1/2 cup white sugar, baking powder, baking soda, and butter.  Stir.  Place mixture over the apples.  Bake in oven for 35-45 minutes.  Serve warm with ice cream!
I had full intentions to stop after making apple crisp, but then I started to think about breakfast & lunch for me and the kids this week.  Why not attempt to make some apple muffins?  I am a huge fan of oatmeal in cookies, so let’s combine the fresh apples with my love for oats & create apple oatmeal muffins.  These apple oatmeal muffins, again modified from several select recipes, are perfect right out of the oven or perfect to pop in the freezer and use for a quick breakfast, lunch, or snack. 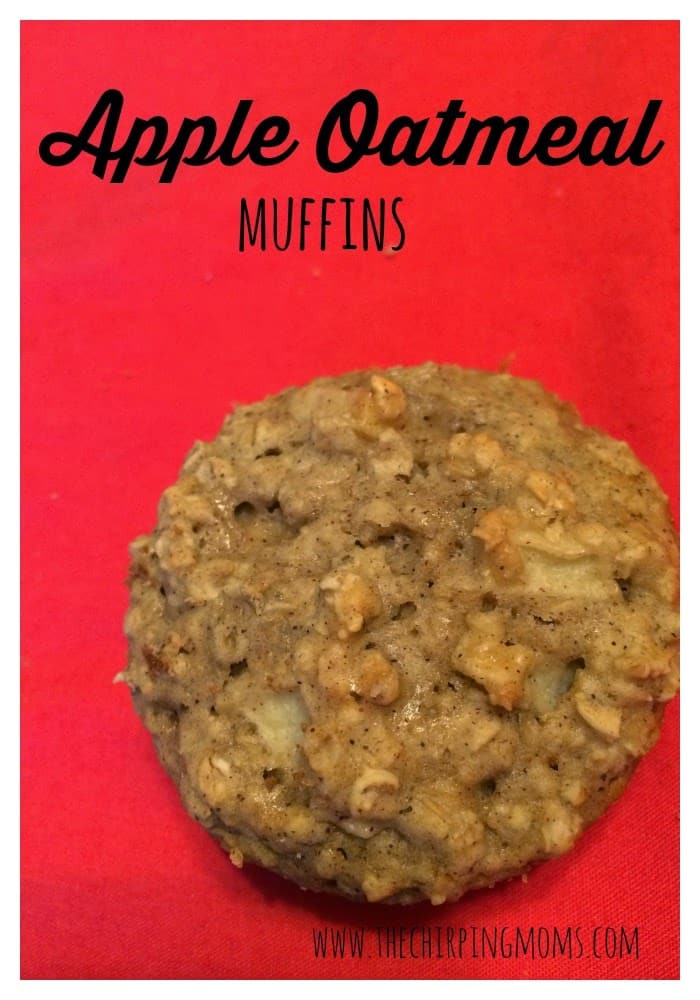