Disclosure: This post is sponsored by Disney Book Group. As always all thoughts and opinions are mine. 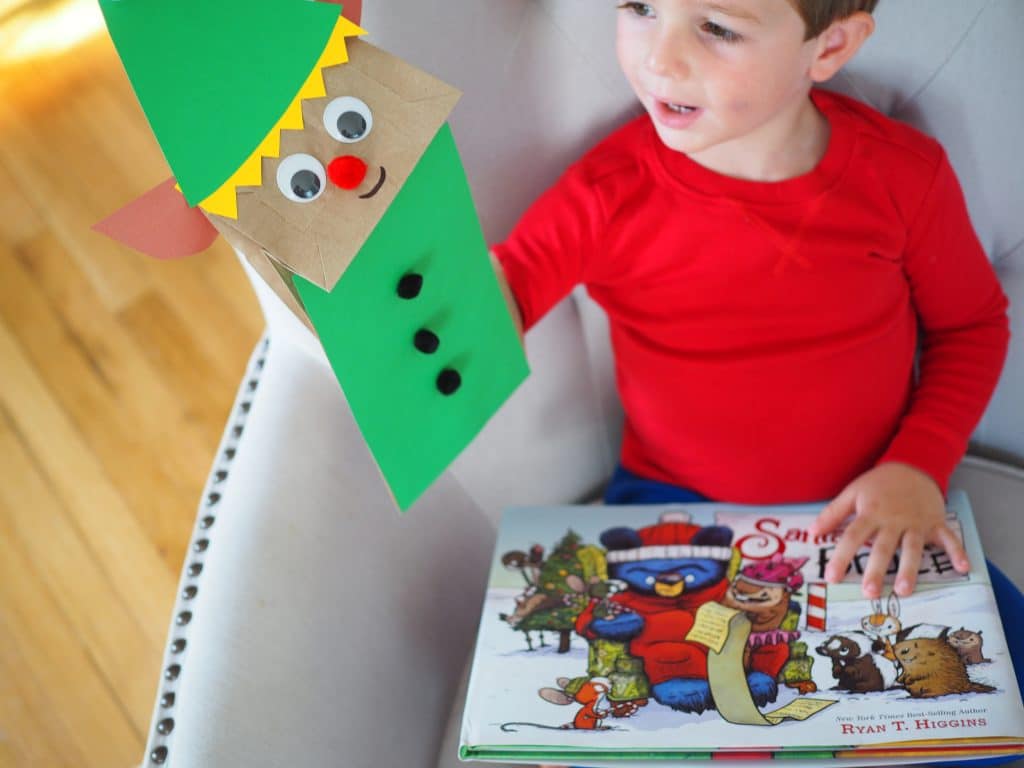 Santa won’t be coming for a couple months but we’re in the holiday spirit today to share the release of an adorably funny new children’s book: Santa Bruce! Check out this new book for and some easy Christmas crafts for kids.

This book will have your kids cracking up! We love funny books and my girls have already decided they want to bring Santa Bruce to read aloud to their little brothers’ preschool classes this holiday season when they are a guest reader. 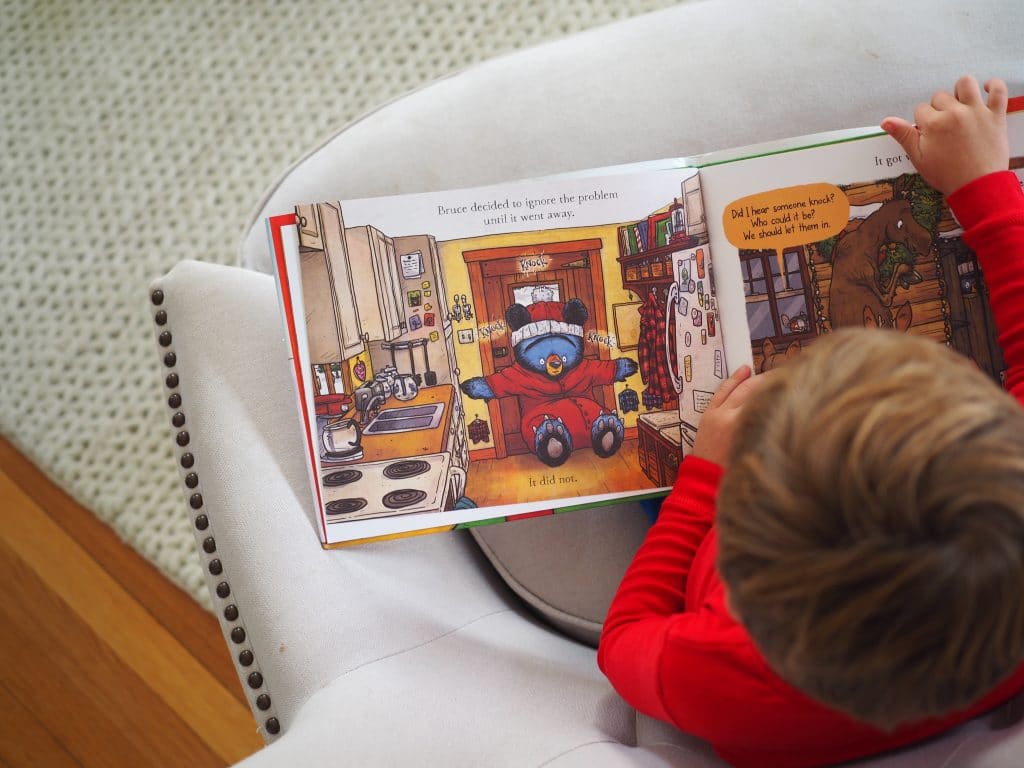 A little bit about the book:

Bruce is a lot of things. He is a bear. He is a grump. He is a pretty decent cook. And he is a mother. One thing Bruce is not? Santa Claus. But that doesn’t stop the whole forest from lining up to give him their Christmas wishes when he becomes the victim of mistaken identity—again. Kids will howl with laughter as award-winning author-illustrator Ryan T. Higgins delivers another hilarious story about this bear who just can’t catch a break.

and the author…Ryan T. Higgins is an author and illustrator who likes the outdoors and cheese sandwiches. He is NOT a grumpy old black bear, but he DOES like making books about one—starting with the best-selling Mother Bruce, which received the E. B. White Read-Aloud Award and the Ezra Jack Keats New Illustrator Honor. He lives in Maine with his wife and kids… and too many pets. 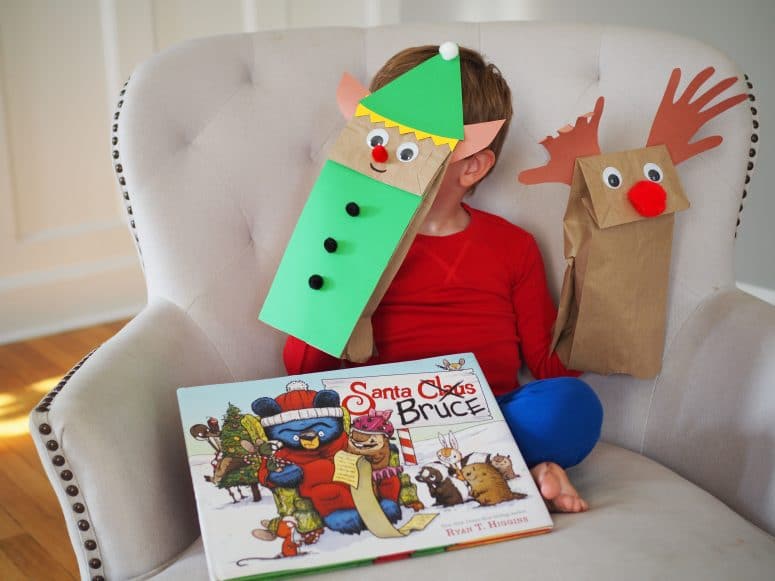 To celebrate this new book, Santa Bruce, we are sharing some easy Christmas crafts for kids. These are Santa’s Helpers Hand Puppets! We have a DIY reindeer puppet and a DIY elf puppet. Here’s how to make them:

Directions: Trace your child’s hands on the brown construction paper. Cut out the traced hands and glue them to the back of the paper bag as antlers. Glue on the red pom pom nose and eyes. 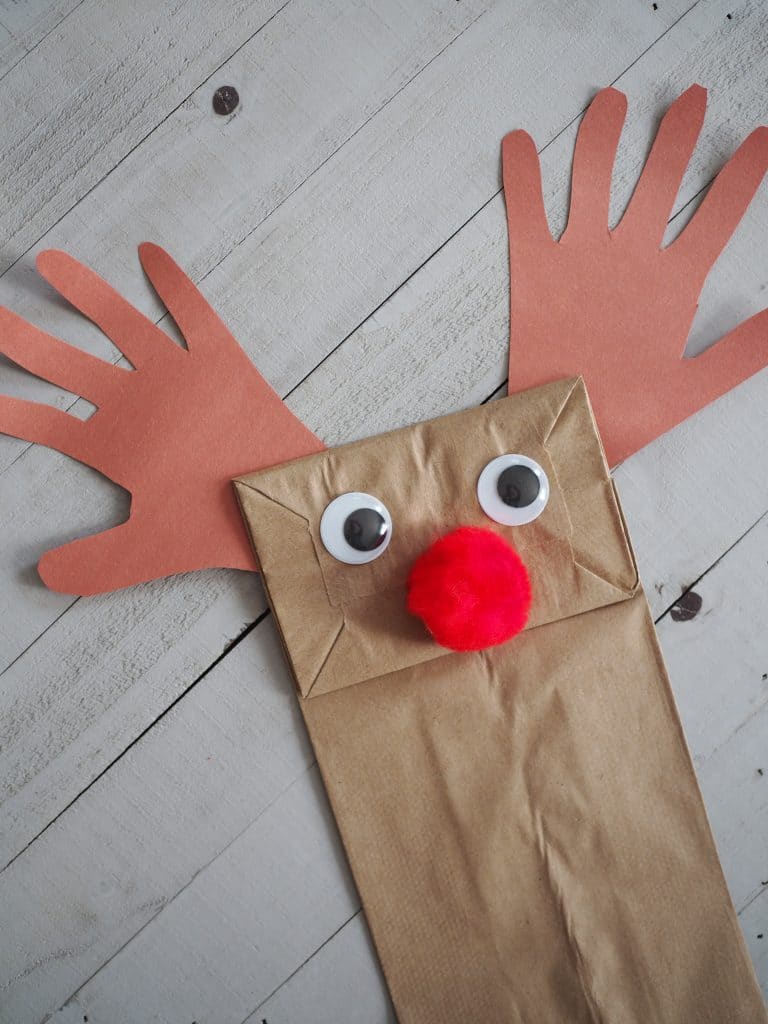 Directions: Cut out hair from the yellow paper. Cut out elf ears from the brown paper and cut a shirt and hat out of the green paper. Glue onto the bag. Next glue on the face and buttons (pom poms). 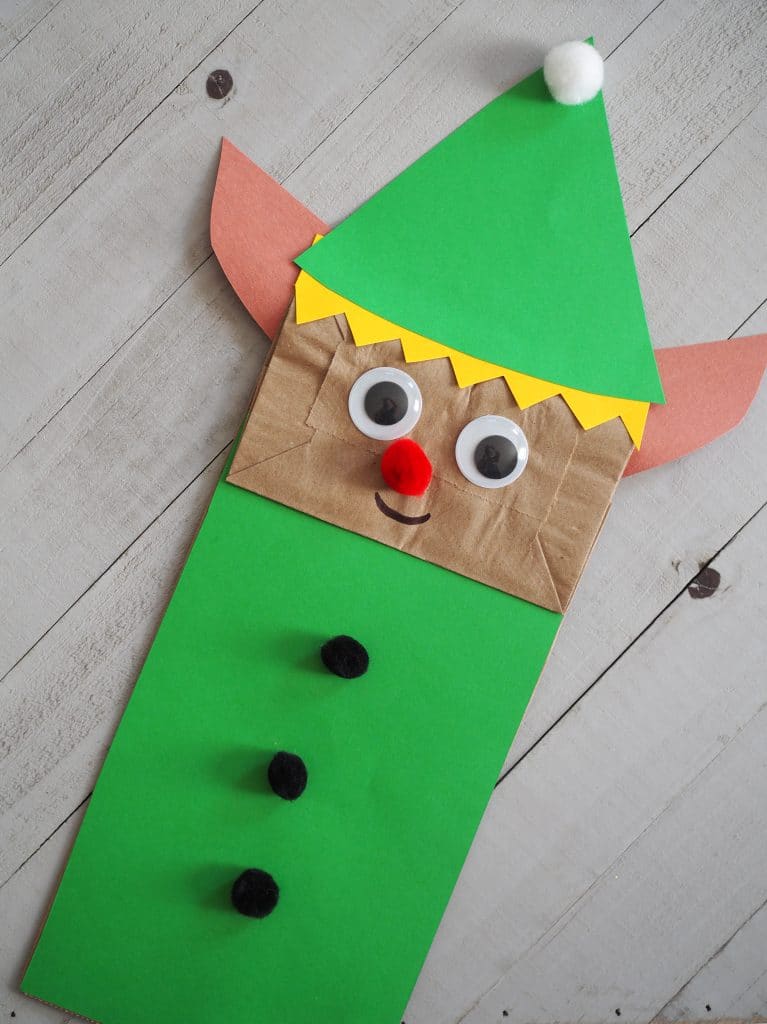