This week’s Friday Favorite is Doona! It’s hard to believe how much baby gear has advanced in just the short time since my 1st baby was born and my 4th. They’re only 6 years apart, but in the world of baby gear things seem to change so fast. The strollers and car seats I used with Maggie seem archaic compared to what’s available now.

I do think part of it is that I was a bit clueless when I bought baby gear for Maggie. I had no idea what I needed because I had no idea what it was like to actually have a baby out and about with me on a daily basis. So baby gear has advanced in the years between Maggie and Miles, but so has my knowledge of baby gear and what’s key for making life with little ones go smoothly (or at least a little smoother).

If there’s one piece of new baby gear that I have for Miles that I constantly say “I wish I had this with all of my babies” it’s Doona. 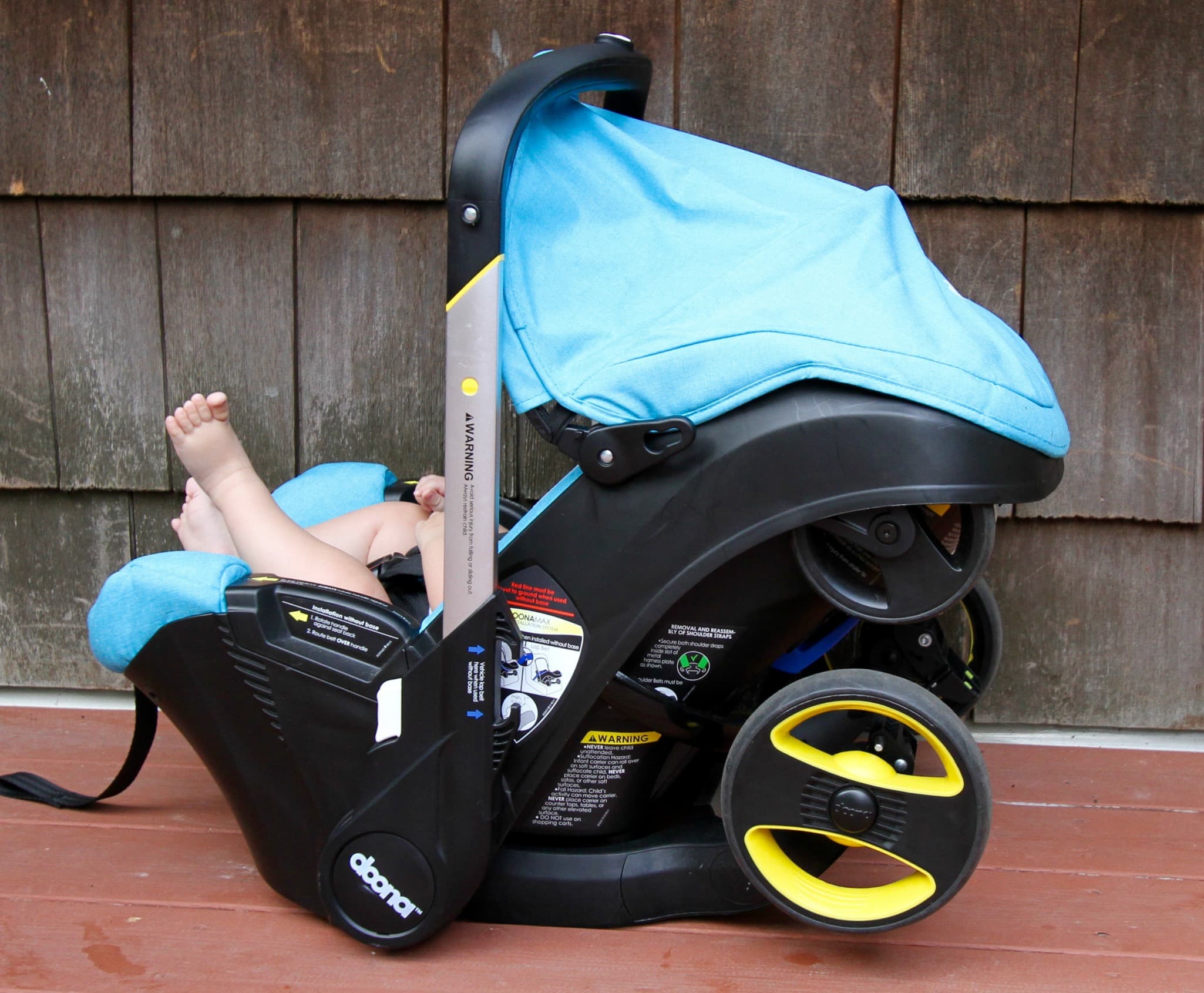 So what is Doona?

Doona is the world’s first infant car seat with a complete and fully integrated mobility solution. 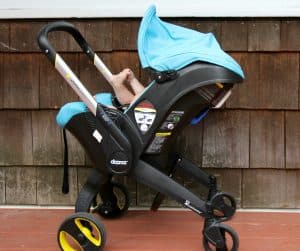 When I saw the Doona, my first question was about safety. I was worried that somehow the convenience of the wheels popping in and out of a carseat would compromise the safety. What I learned was that it actually added to the safety. The structure of the Doona forms three layers of side impact protection (instead of two). Plus, the correct placement of stroller handle against car’s seat provides anti-rebound protection. Once in place, I was shocked at how much of a difference the anti-rebound bar makes. While they are frequently used in Europe, they are just starting to be used in the US. Doona meets standards for and is approved as a car seat and stroller and is aircraft certified. 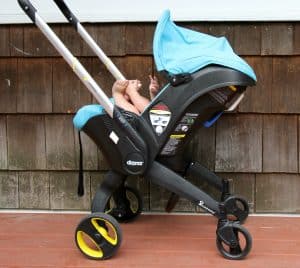 Doona has made my everyday life with little ones so much easier. It took me a few days to get used to, but now I pop it into a stroller in about seconds. It’s also made travel with a family of easier. As you can imagine, with 4 kids, our trunk fills quite fast when we travel.

We used to always keep the stroller base for our infant seat in the trunk. Not needing it anymore saved space. It’s great for flying because you can wheel it right to the gate and when you get to your destination you have a carseat and stroller to use, without carting extra gear.

Since having a Doona for Miles, we’ve used it around town, on trips near and far and even on a ferry. In a few weeks we’ll try it out on a plane. 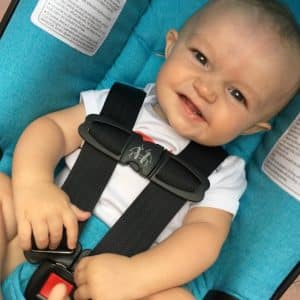 My husband’s favorite Doona moment of the summer was when we were walking around a beach town and stopped into a restaurant for dinner. Being a crowded, popular dinning spot, they had a sign when we entered that said “NO STROLLERS”. Miles had just fallen asleep and we were looking forward to him sleeping through dinner. My husband smiled, pushed the button on the back of the Doona and BAM we no longer had a stroller, but just an infant seat with a sleeping baby in it.

One other thing we really like is that the bar for pushing the stroller can be 2 different heights. This is great for rocking/wheeling a baby to sleep in a restaurant and also fun for siblings to help push the stroller (supervised of course). 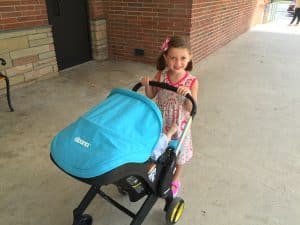 People stop me all the time to ask about our Doona. So many moms have said “I wish I had that when my kids were little”. One question I always get it “is it really heavy?”. It is heavier than other infant seats. While it is a little heavier, with wheels that pop right out, I very rarely carry it around like I did with other infant seats. So for me, while it’s a little heavier, the convenience greatly outweighs that (no pun intended!). I would highly recommend Doona. For the price, you are getting a top infant car seat and stroller all in one. Doona is sold with a base for the car and retails for $499. For more information on Doona, visit their website: www.doonausa.com. 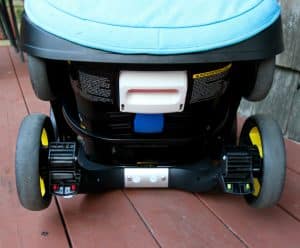 We were not compensated for this post. I did receive a Doona for the purpose of review. As always, all opinions are my own.