Winter is here and that means most of my meals come from a crockpot and comfort foods like chicken pot pie is always a win. I’ve tried a few crockpot chicken pot pie recipes. A few had way more ingredients and steps than I look for – I use the slow cooker to save time and for a super easy weeknight meal. A few others were a little to heavy/ creamy for my liking. I’m a huge fan of comfort foods that are a little healthier than usual. I also put a note at the end as to how I serve it to my (picky) kids. So here’s what I think is the easiest slow cooker chicken pot pie recipe: 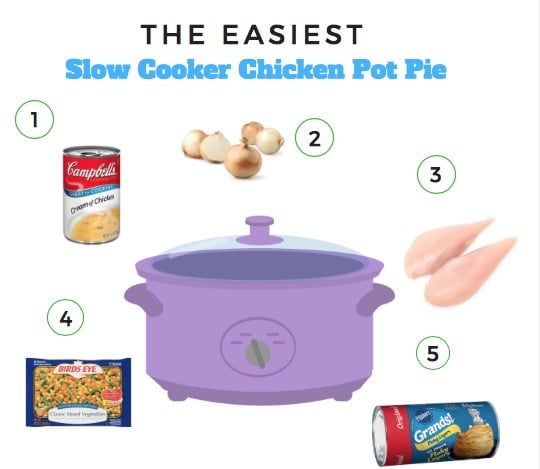 Place the chicken breasts into the slow cooker whole. It’s ok to use frozen chicken breasts too. Add the diced onion to the slow cooker and sprinkle with pepper and salt (salt optional). Cover with the can of cream of chicken soup and cup of water. I mentioned it above, but if you like the pot pie to be creamier, use 2 cups of cream of chicken soup and no water. Cook on high for 4 hours (6 hours if they are frozen). Using 2 forks, shred the chicken while it’s still in the slow cooker. Add the bag of frozen veggies and a little more pepper. Stir and cover. Cook for another 30 min. During that last 30 min, preheat the oven and cook the biscuits according to the package.

Serve by placing some of the pot pie mix into a bowl. Then split the biscuit in half and place it on top of the pot pie (like it’s the crust). Enjoy!

For the kids, I just serve a biscuit on the side and give them a bowl of the pot pie mix separate. Also, if they are really picky (like a few of mine are) I take out a bit of the chicken before adding the veggies. They actually love the chicken that has been slow cooking in the cream of chicken all day.

This is such an easy recipe and one of those recipes that you often have the items in the freezer/ pantry. I had nothing to cook tonight and realized I have chicken and veggies in the freezer and a can of cream of chicken – pot pie night! 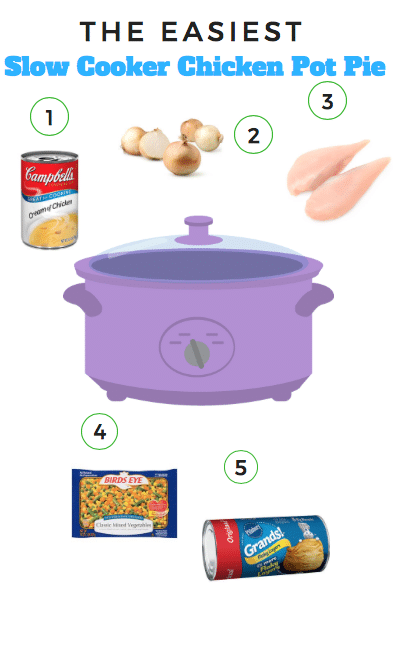 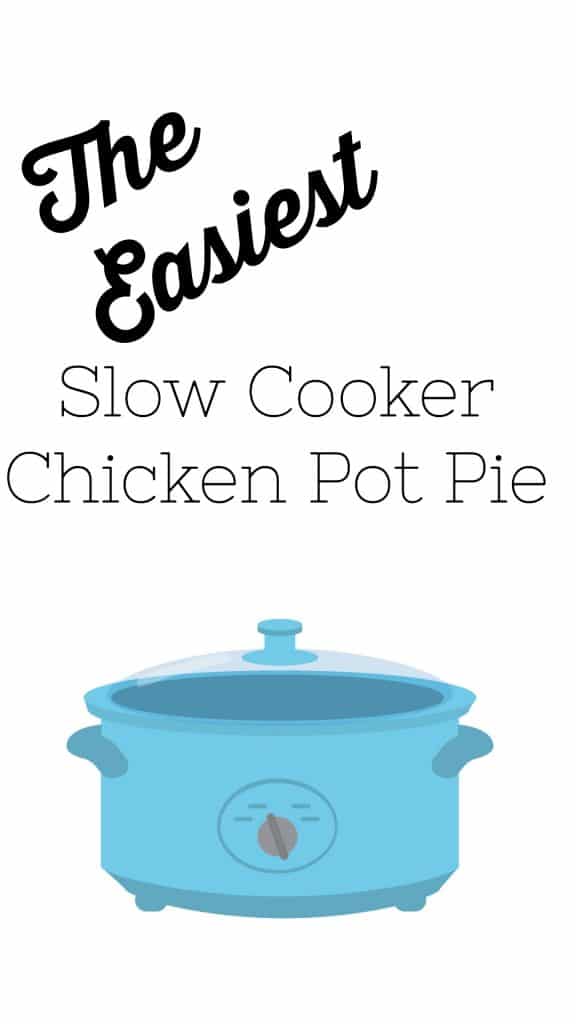