For more Halloween inspiration, visit our Seasonal tab at the top of our page or follow our Pinterest boards for our latest pins! 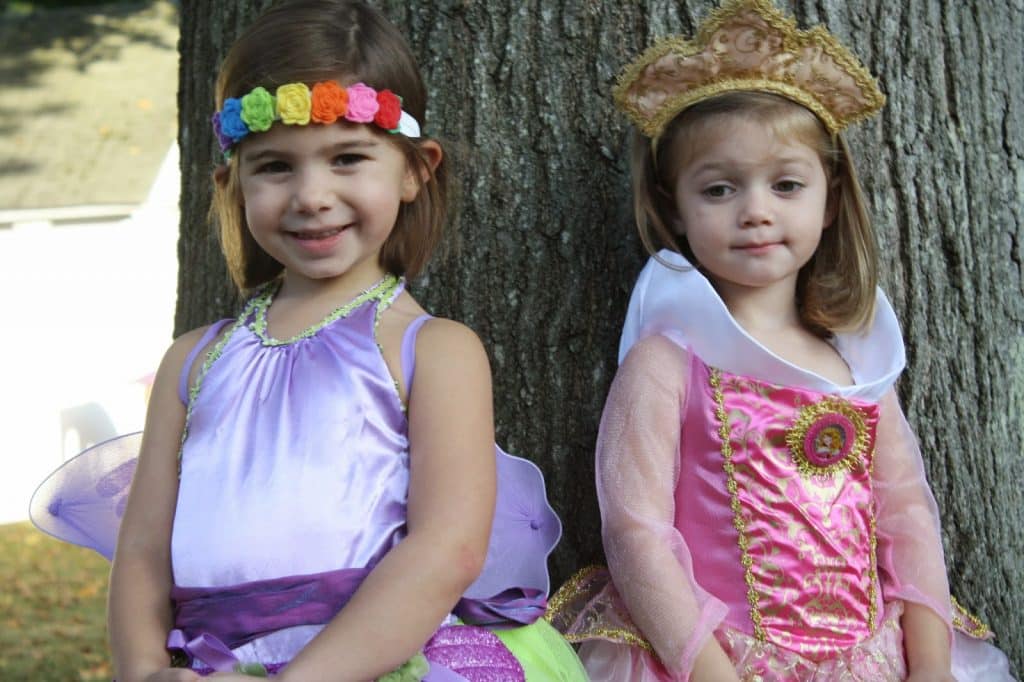 It’s the first week of October and time to decide on what to be for Halloween this year. My kids have been talking about Halloween costumes since August, and change they minds all the time. We decided it was time to pick something and sat down together browsing BuyCostumes.com. We had a blast looking at all of the costumes. BuyCostumes.com has costume options for the whole family, and for my kids, that meant spending quite some time viewing all of the dog costumes and giggling thinking about what we could dress Jersey up as. They also got a kick out of seeing all of the adult costumes and deciding what they thought Tom and I should wear trick or treating. 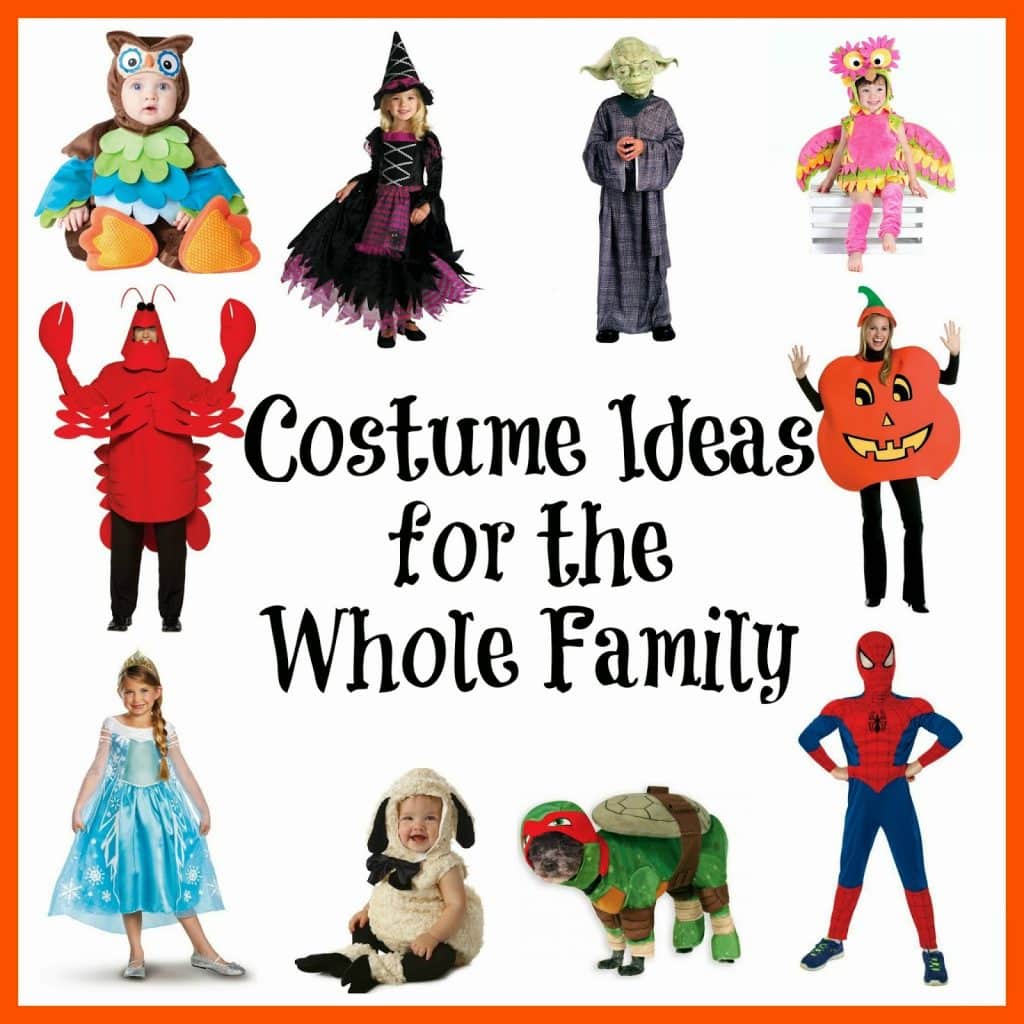 Finally we started browsing for costumes for them. Maggie decided she wanted to be a butterfly or fairy, so we put that in the search bar and a ton of options came up. She had me click through to each one, before she decided on what she called “the best fairy costume in the world”: the Purple Flower Fairy costume. 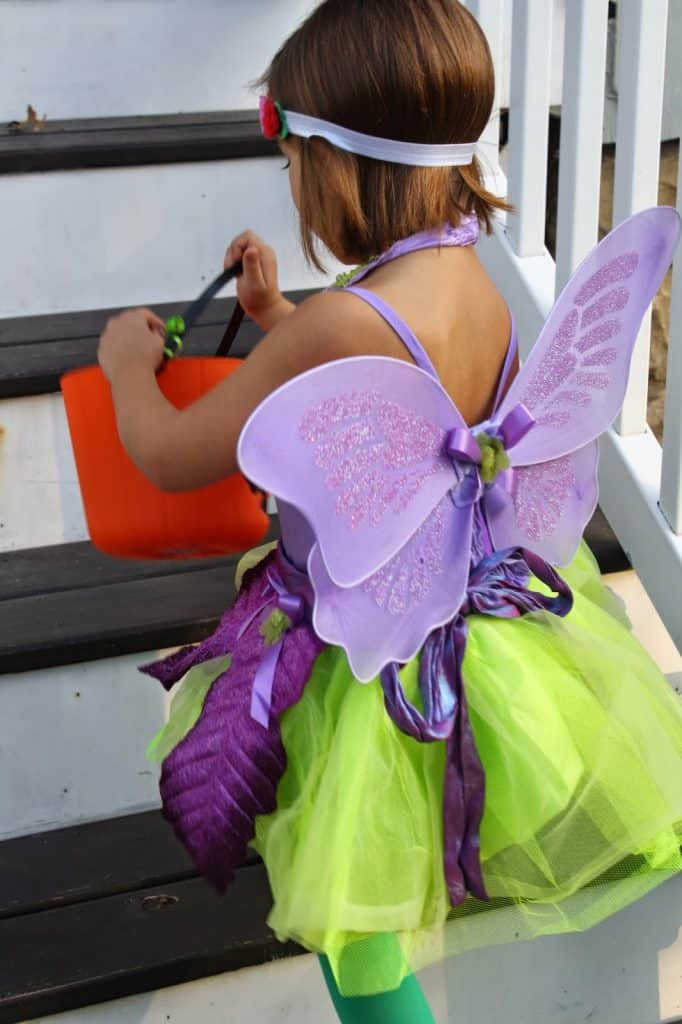 Lately Alex has been stuck on being Sleeping Beauty and she was thrilled when I was able to pull up a few Sleeping Beauty costumes for her to look at. One of our favorite features of BuyCostumes.com is that many of the costumes show a video of someone in the costume, not just a picture. When we clicked on one of the Sleeping Beauty Costumes, and Alex saw a girl dancing and twirling in the costume, she was beyond excited. She picked that one and we were all set. 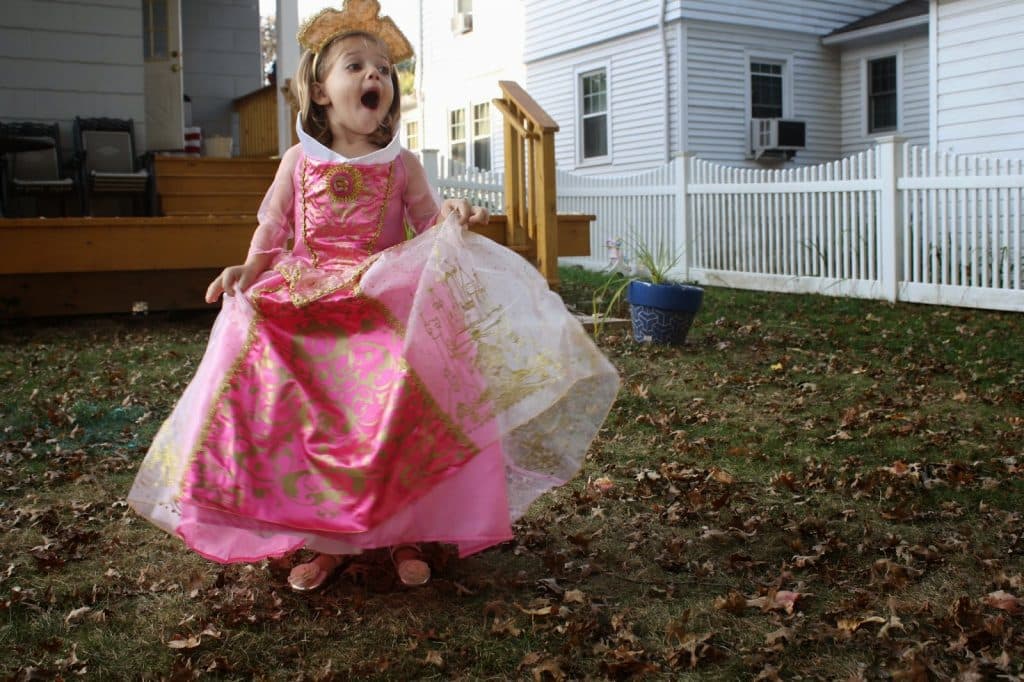 I usually like making the girls Halloween costumes, but this year, being 9 months pregnant, ordering costumes online was a life saver. We had so much fun sitting together looking at costumes for the whole family. Next step: the girls greeted the mail man every day asking if he had their costumes. They arrived just a few days later! They’ve put their costumes on every day since. I’m thrilled to watch them run around the yard in their costumes now, just in case I’m in the hospital having a baby on Halloween day and miss trick or treating. 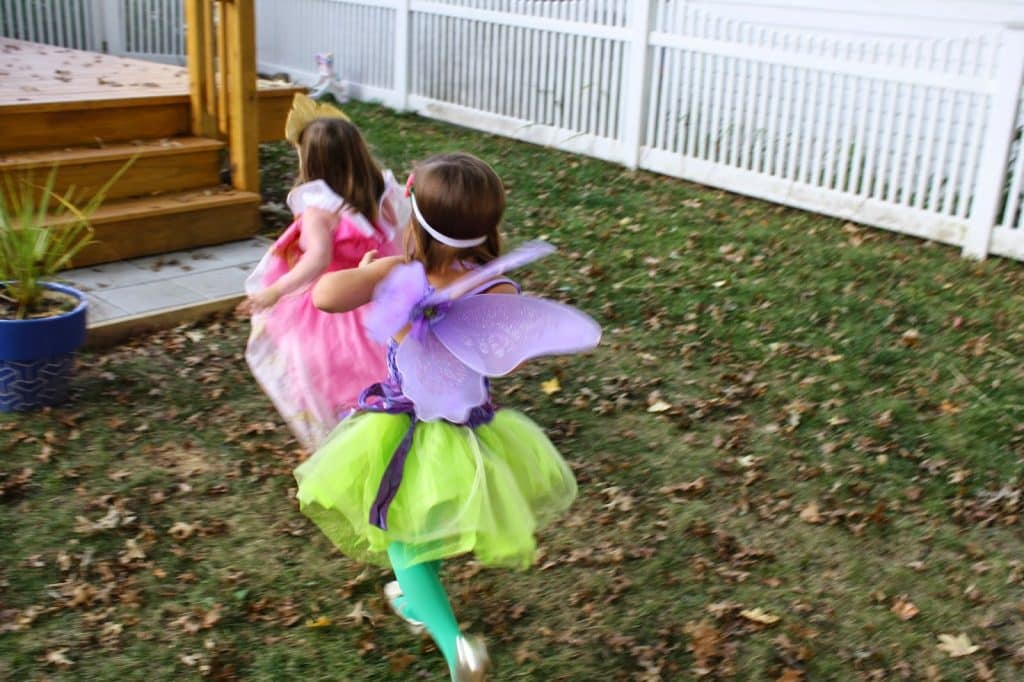 Maggie is thrilled with her purple fairy costume. We added some green tights, her favorite flower crown headband and her gold flower girl shoes. She flies around the house and yard all day! 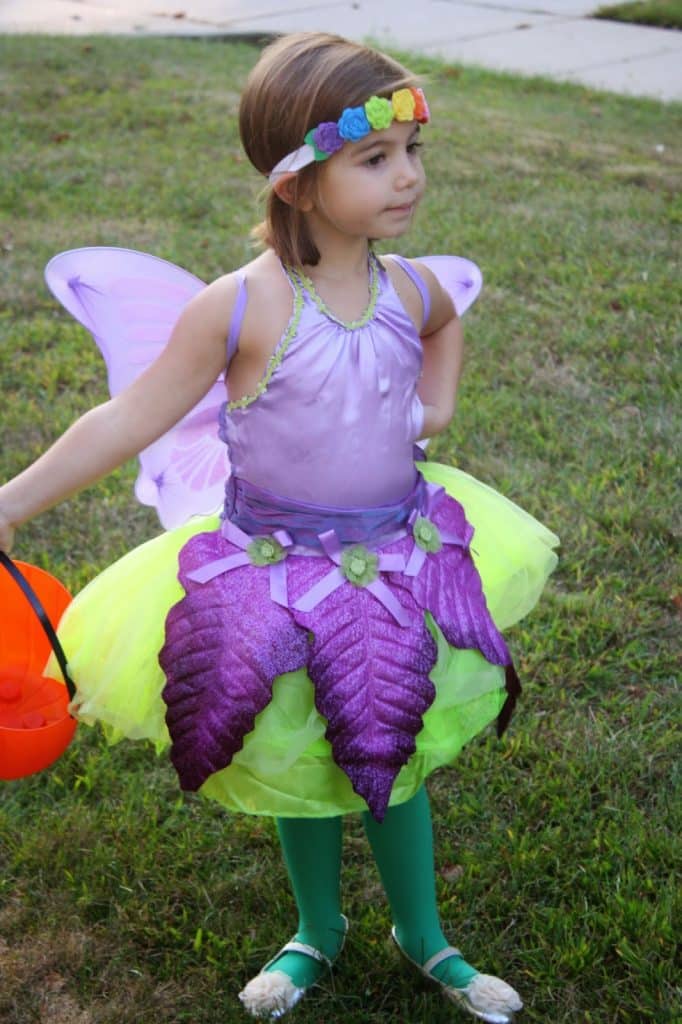 Alex calls her costume her “royal Aurora gown”. She loves holding the big skirt to courtesy and her favorite part of the costume is the gold tiara it came with. 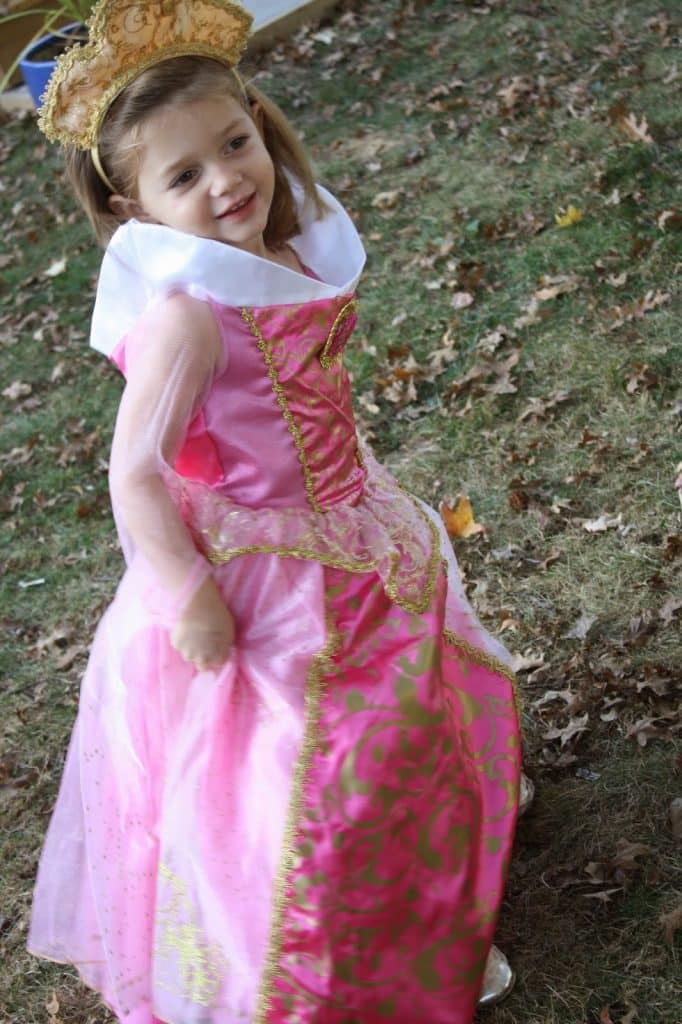 Andrew chose Batman The Dark Knight. He is a little boy who lives, eats, & sleeps superheroes! 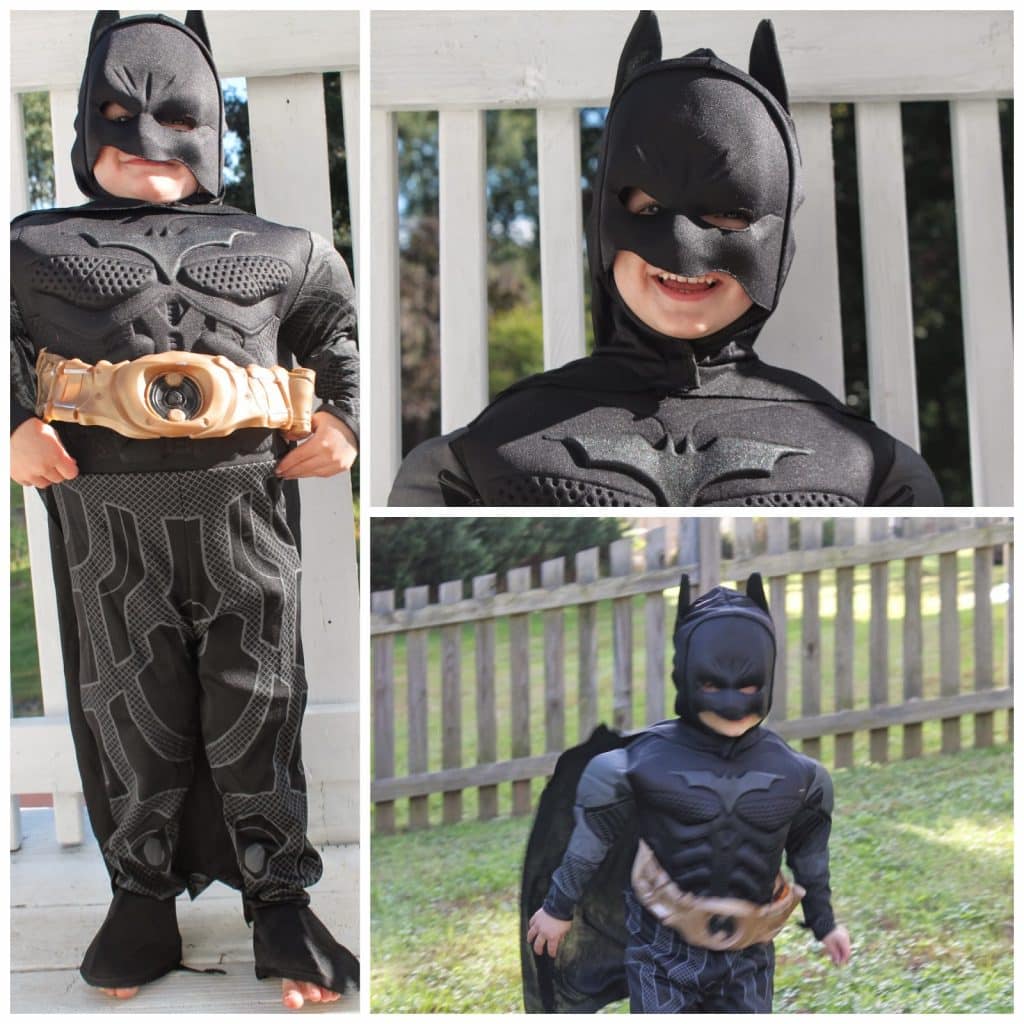 Abby is being Tinker Bell for her first “girly” costume! 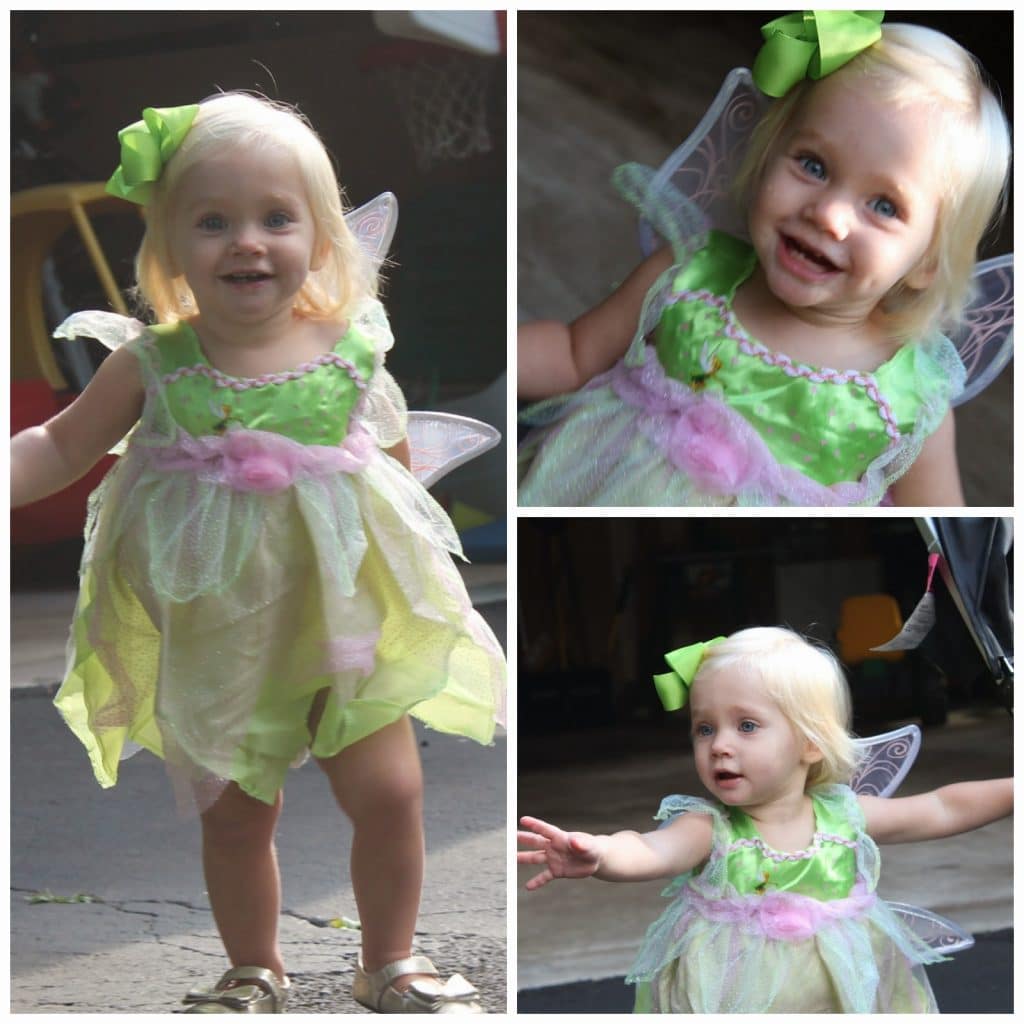 Aiden is going to be Superman, to be a dynamic duo with his brother!

Now for the giveaway: One lucky winner will receive $50 Costume Cash to shop BuyCostumes.comhttps://www.buycostumes.com. Please enter using the Rafflecopter below. Remember to check BuyCostumes.com for great coupon codes and deals for the whole family. Good luck everyone!