We spent a lot of time at the North Carolina beach this summer, so it’s no wonder that my five year has a big interest in pirates.  Not only does he love to pretend to dig for treasure, but he loves to learn about the true stories behind pirates, especially Blackbeard.  When we returned home from the beach this month, we decided to spend a hot afternoon inside creating all things…pirate.  Today, we are going to share six easy pirate crafts to do with your kids as well as a few favorite pirate activities and books at the end of the post. 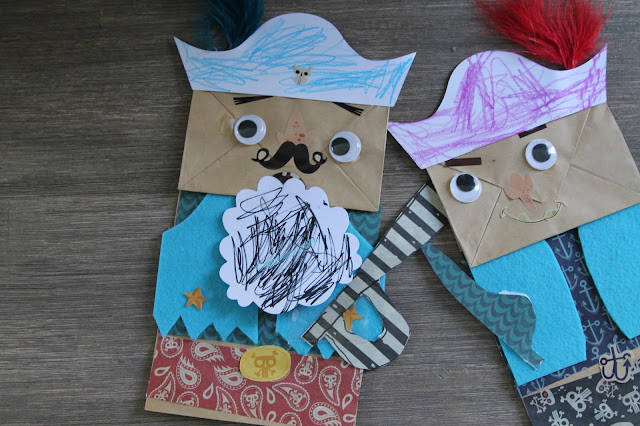 We got the Pirate Paper Bag craft kit from MudPuppy & it was so much fun.  The kids created several paper bag puppets & had fun making their own puppet show.  This kit comes with everything you need to create four puppets, but it also has plenty of materials so you can create more pirates from more paper bags at home.

2.  Create Your Own Pirate Sword

We glued black construction paper to cardboard together.  My son drew a sword on the black cupboard (his shape is similar to a “letter b”).  I helped him cut it out of the cardboard & then we added packing tape for reinforcement so his sword won’t bend! 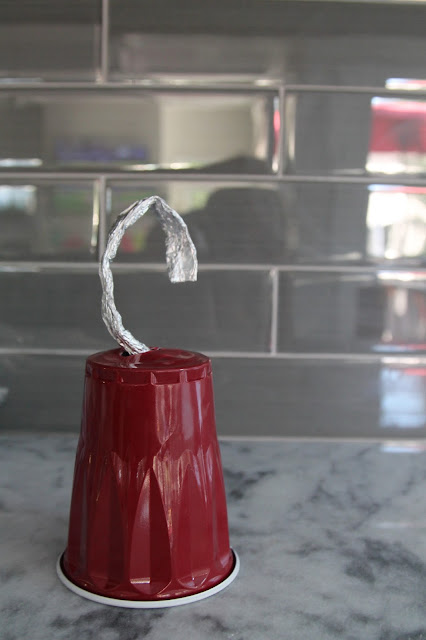 To make a pirate hook, you will need a plastic cup, aluminum foil, and a piece of packing tape.  First, cut a small hole in the bottom of the cup.  Next, roll up the aluminum foil to look like a snake.  Stick the “snake” into the hole to make a hook like shape.  To keep the hook secure, tie a knot with the remaining foil and tape to the inside of the cup.

These masks come from the Mudpuppy Pirates Make-A-Mask kit.  My son had so much fun making his own pirate masks.  All he had to was color the mask as he wanted it to look & then, we just attach the elastic into the small holes that are already in the mask.  The kit comes with twenty tear off paper masks and pre-cut matching elastics.

This treasure map was super easy to create.  I cut out a square from a grocery bag (it doesn’t have to look perfect as it really looks better looking worn and imperfect!).  Then, your child can create his very own treasure map using markers and stickers.  To create an even more weathered look, your child can crumple it into a ball and then smooth it back out to give it a wrinkled look. 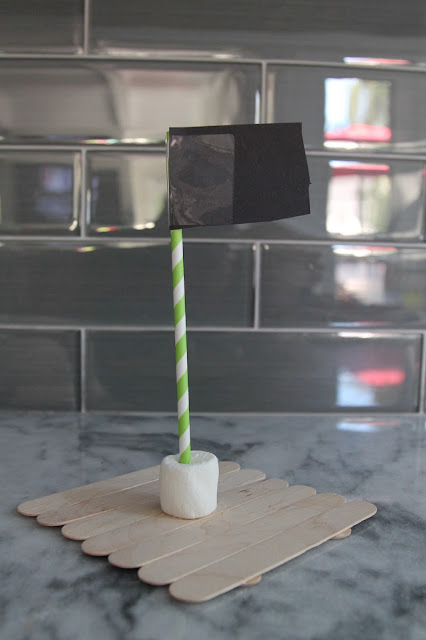 To create a popsicle stick pirate ship, line up seven popsicle sticks to make the bottom of the boat.  To support the sticks, glue two popsicle sticks to the bottom of the boat.  Turn over once dry & add the flag.  You will need some sort of base for your flag.  We used a marshmallow (because that’s all we had at the moment), but you could also use Model Magic or something similar.  Stick the flag pole, or a straw, into the base.  Tape on a flag and decorate, if desired.

Other favorite pirate activities & books include:

There Was An Old Pirate Who Swallowed A Fish

How I Became A Pirate 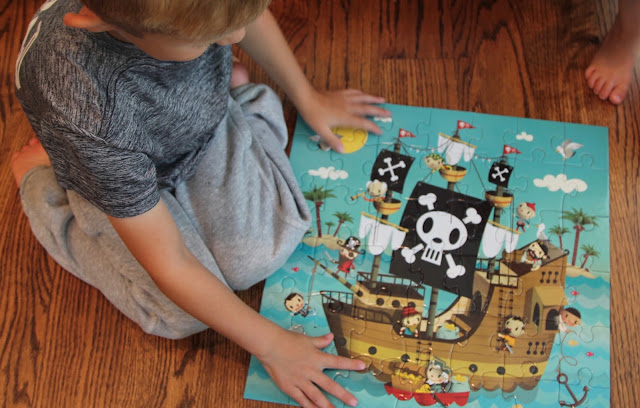 We hope that your little pirates enjoy these fun crafts & activities as much as mine did! 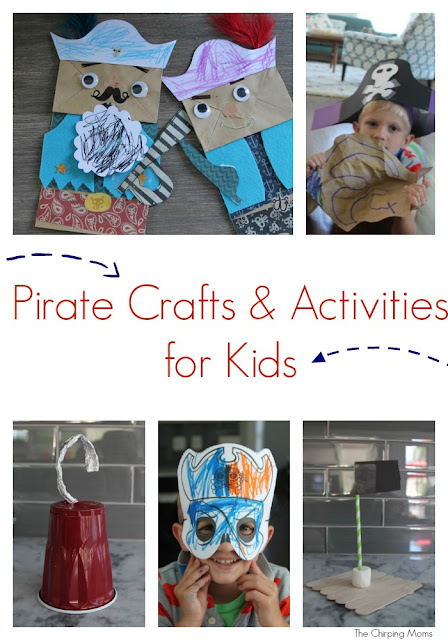