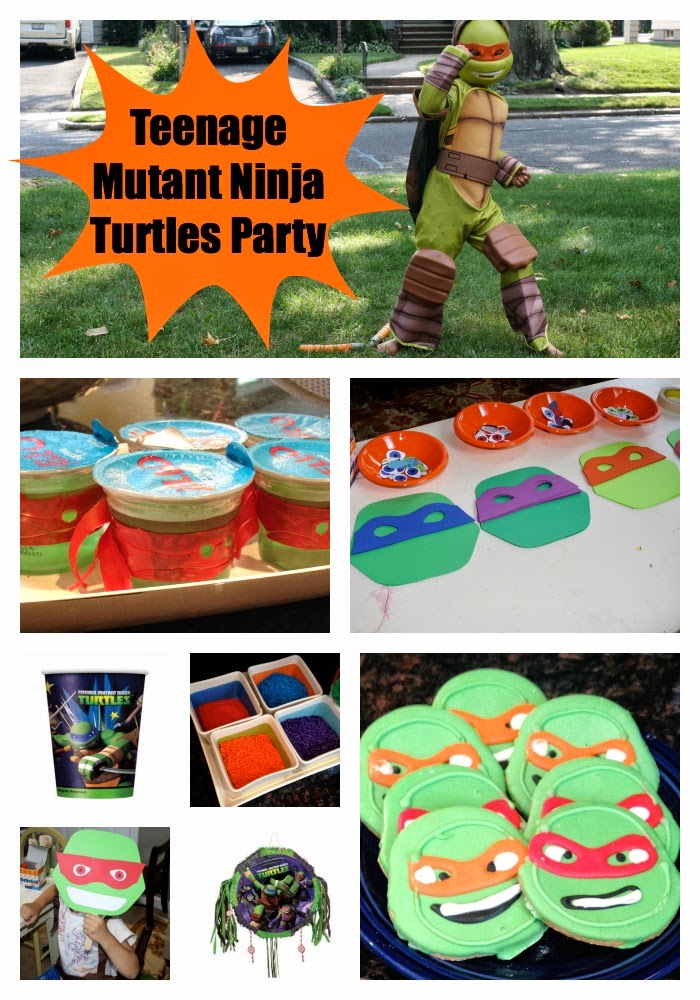 It’s tough being the youngest in a house of three boys. My son Alex wanted to have a Teenage Mutant Ninja Turtle themed party for his 3rd birthday in February. Because of the time of year, I was having a small party at our house and wanted to use up some of the superhero supplies from the bash I threw his twin brothers the previous fall. So we convinced him that he wanted a superhero party. He had a great time but I always felt guilty about not throwing him the party he wanted. When Courtney offered me the chance to throw a TMNT party this summer, I couldn’t pass it up.

My boys LOVE those four heroes in halfshells. From the moment they wake up to the time they go to sleep, there are ninja moves happening around this house. I hear the boys tell each other something is “totally rad” or to “chuck this out”. They even tell me that I look like April O’Neil when I wear my hair in a pony tail.

Pulling this party together was a lot of fun because I knew the boys and their friends would love all of the details! 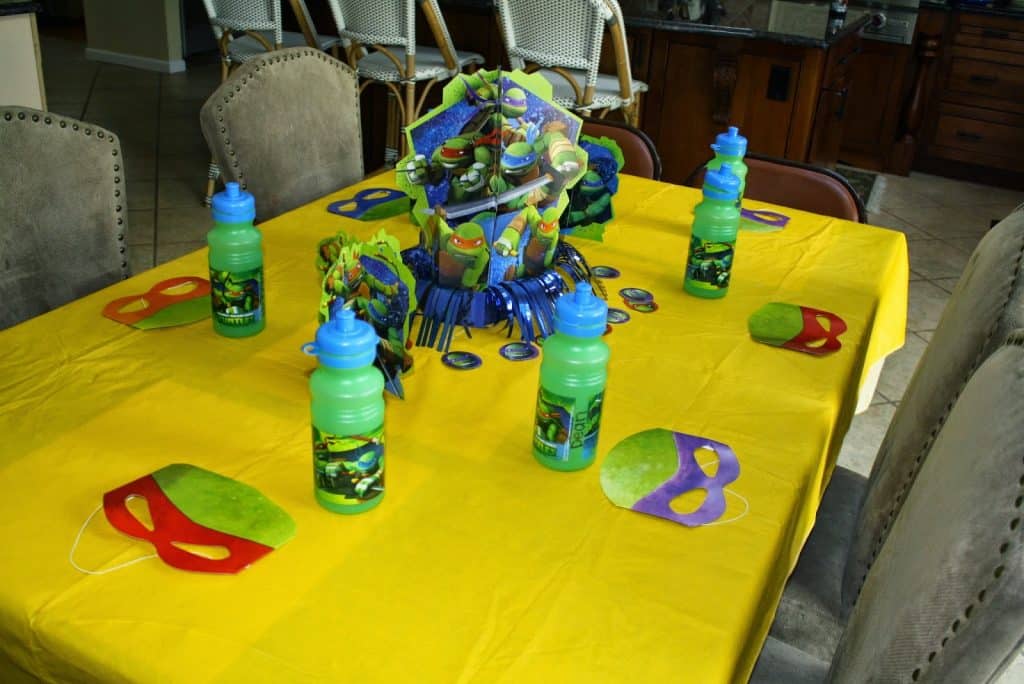 To set the theme, I ordered supplies from Birthday Express. They had so many choices and when the box arrived, everything I needed for a great party was all there! From tattoos to a pinata, it truly was a party in a box. The centerpieces livened up our kitchen immediately and the water bottles made perfect favors. I set out masks for each kid to use for dress up when they arrived. 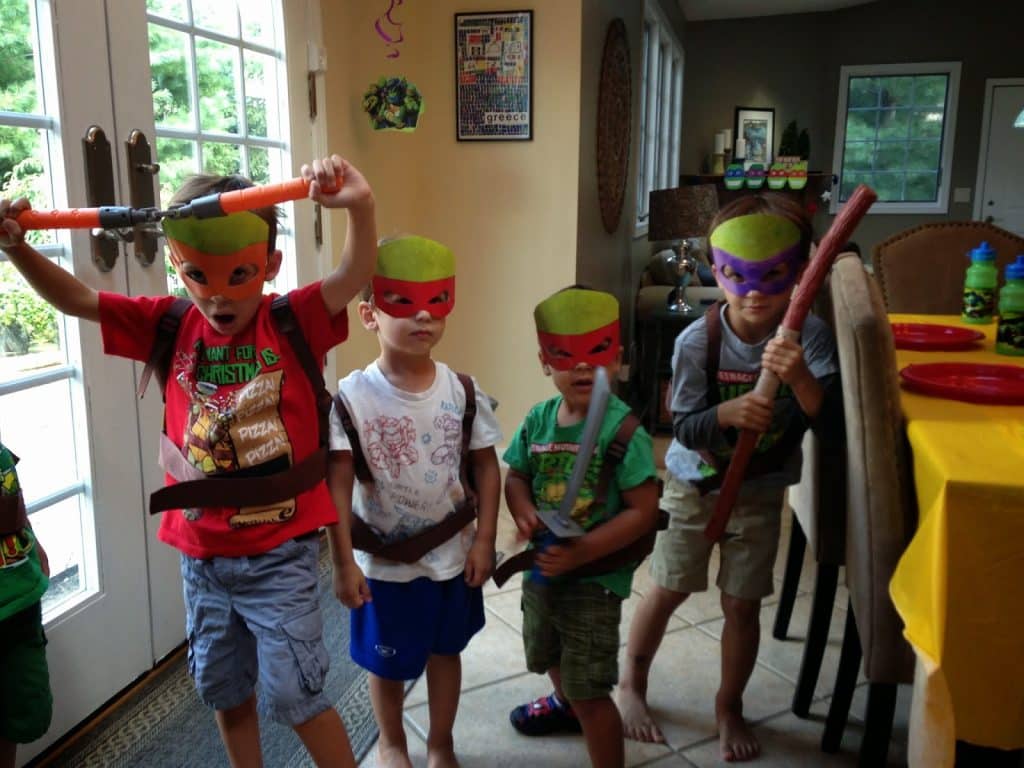 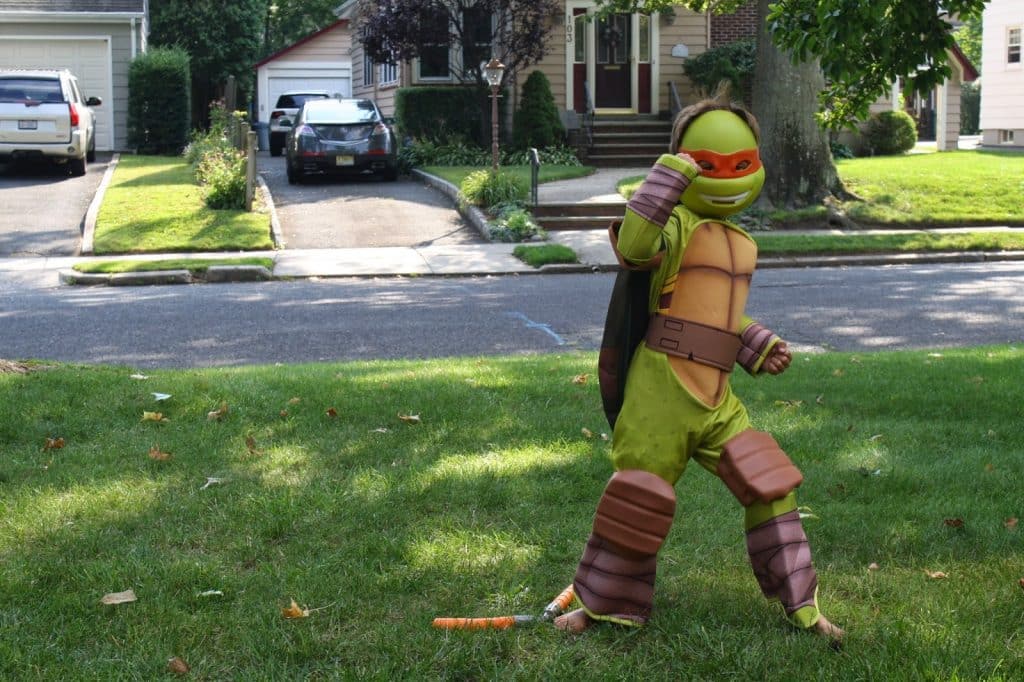 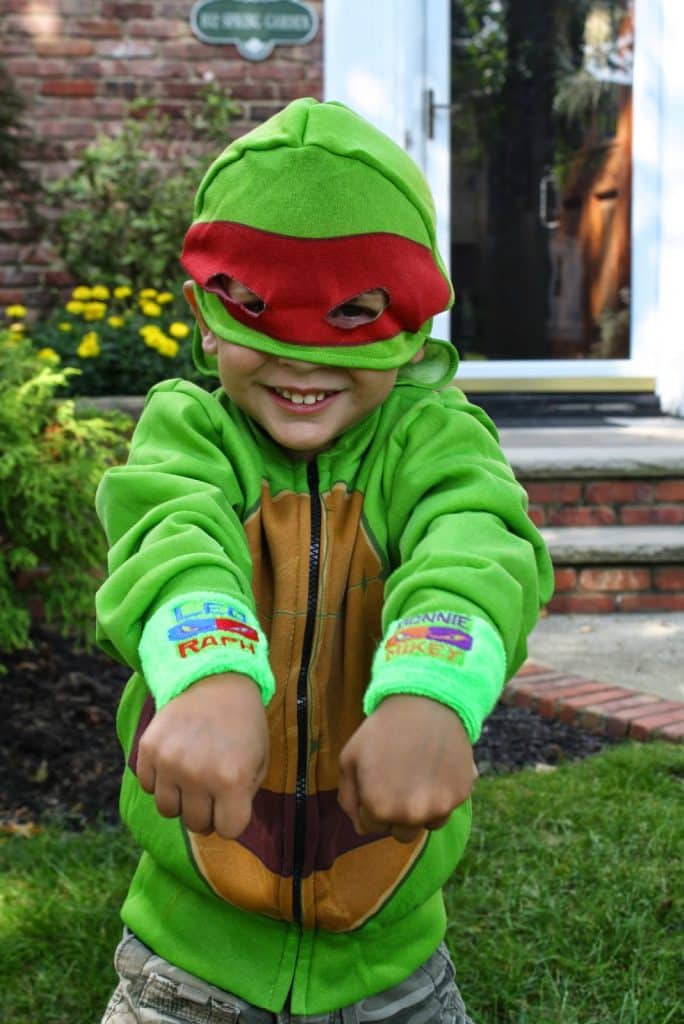 Speaking of dress up, in this house we have all of the shells and weapons to be their favorite dudes. But we don’t have extras so the costumes that came from BuyCostumes were the perfect answer! Nicholas was thrilled with his Michelangelo costume and Alex hasn’t taken off the Raphael sweatshirt. It’s the perfect costume for the boy who doesn’t love the full costume and mask the way his brothers do.  The biggest hit of all for all three boys are the sweat bands. They work for any outfit and we have worn them to the pool, beach and grocery store this summer! 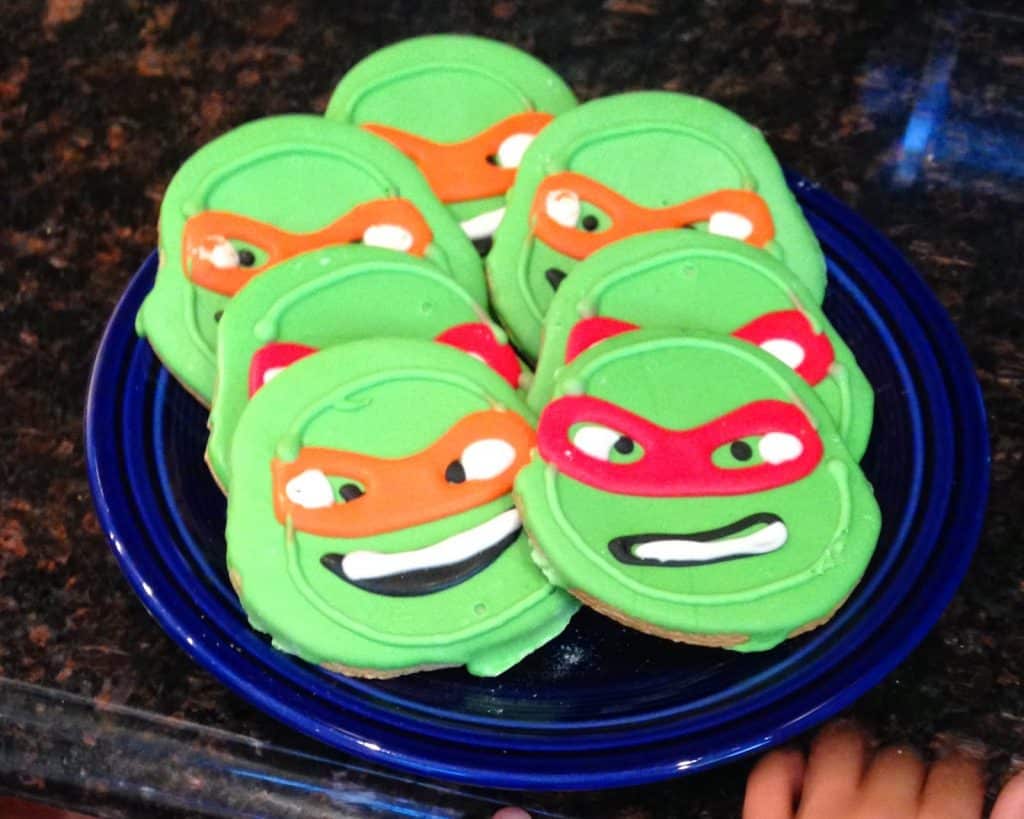 The best part about a TMNT party is the food…..PIZZA! With dinner taken care of, it was fun to focus on desserts. The cookies that came from Birthday Express caused such squeals of delight! And not only did they look good, they tasted good too! 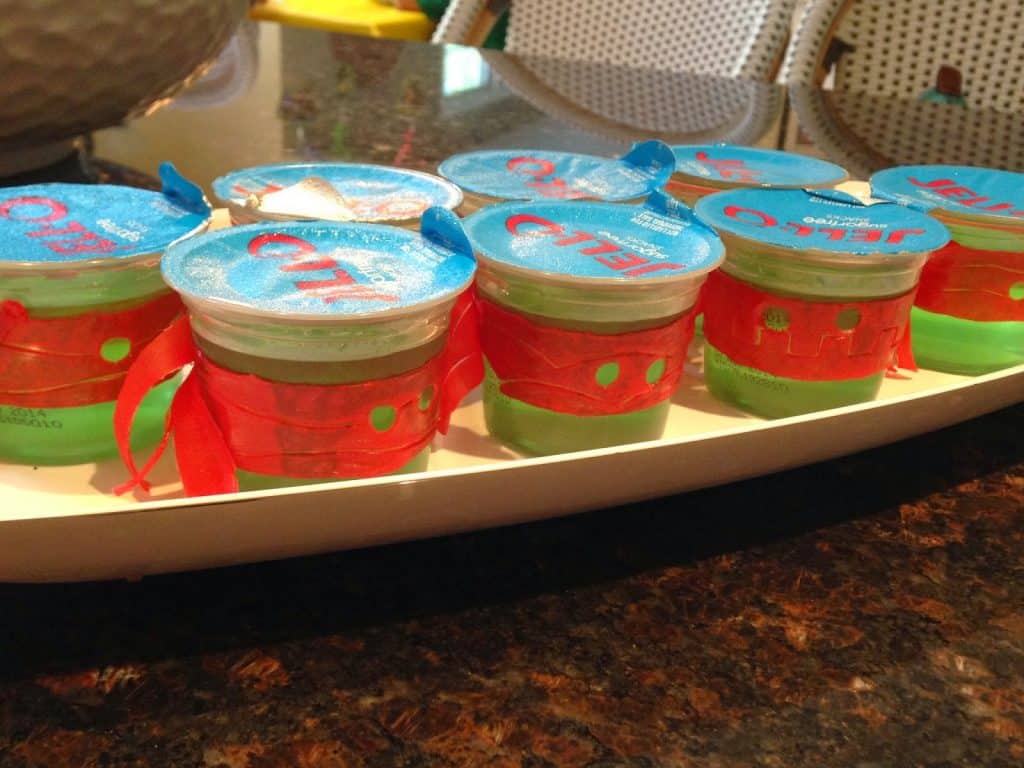 I also used green Jello cups with red fruit rollups looped around as a fun addition to the party. 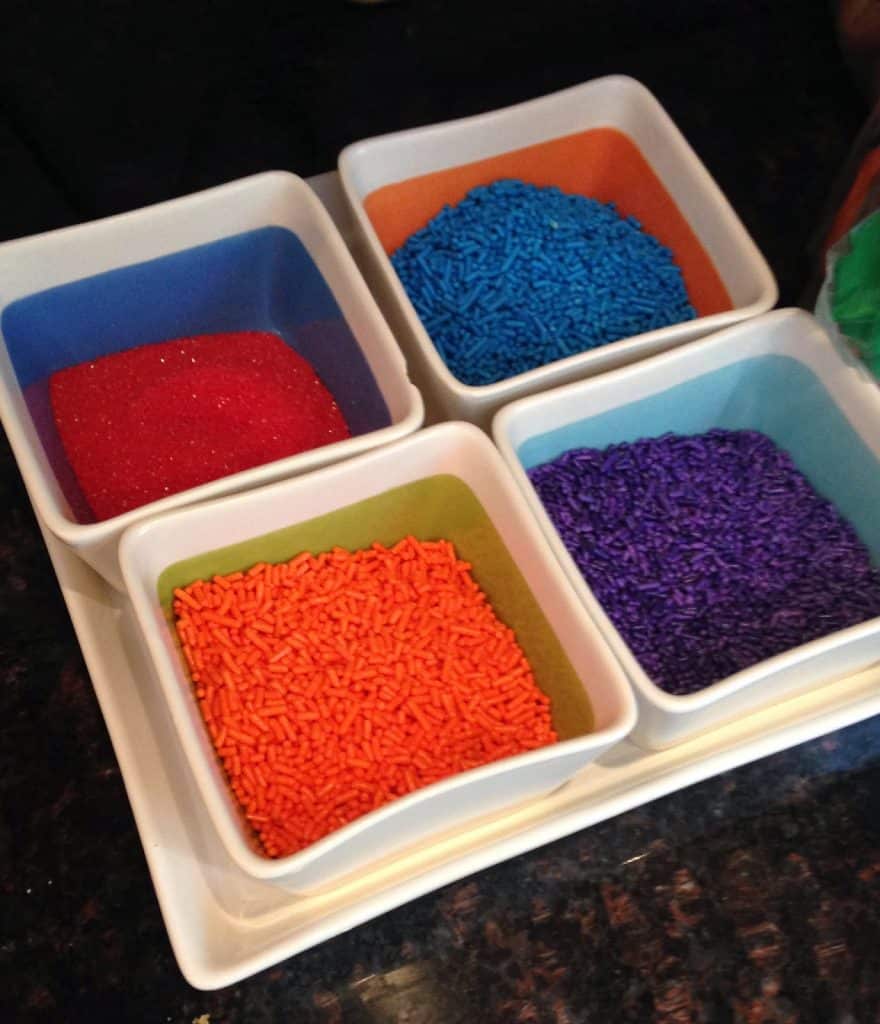 My boys don’t consider it a party unless ice cream is involved. Another easy dessert was serving vanilla ice cream with sprinkles in the cute colors of the turtle’s masks. 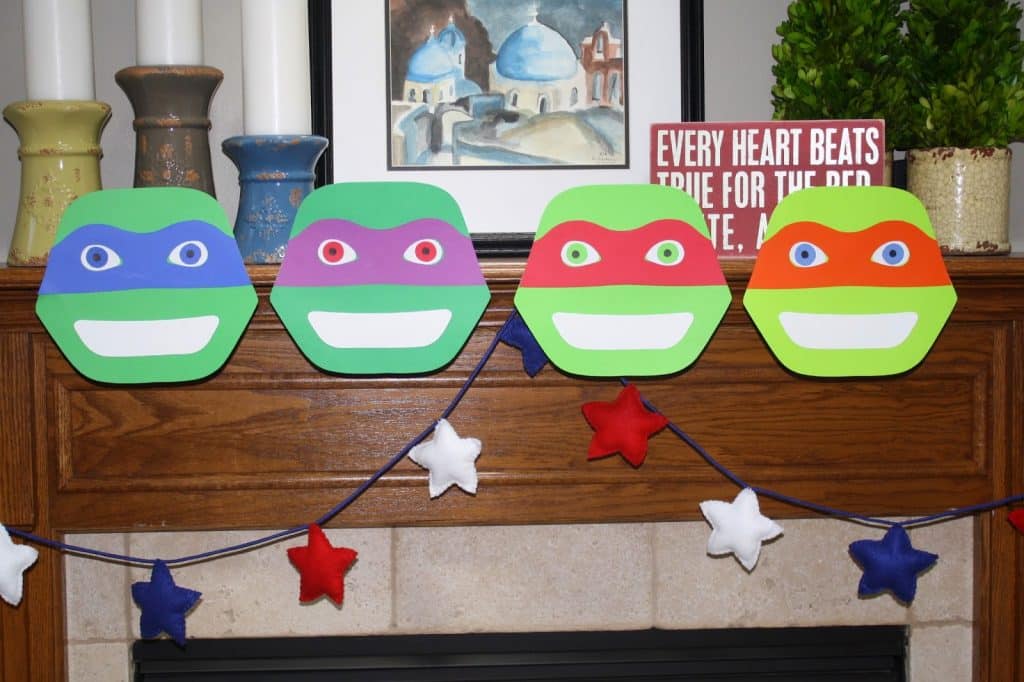 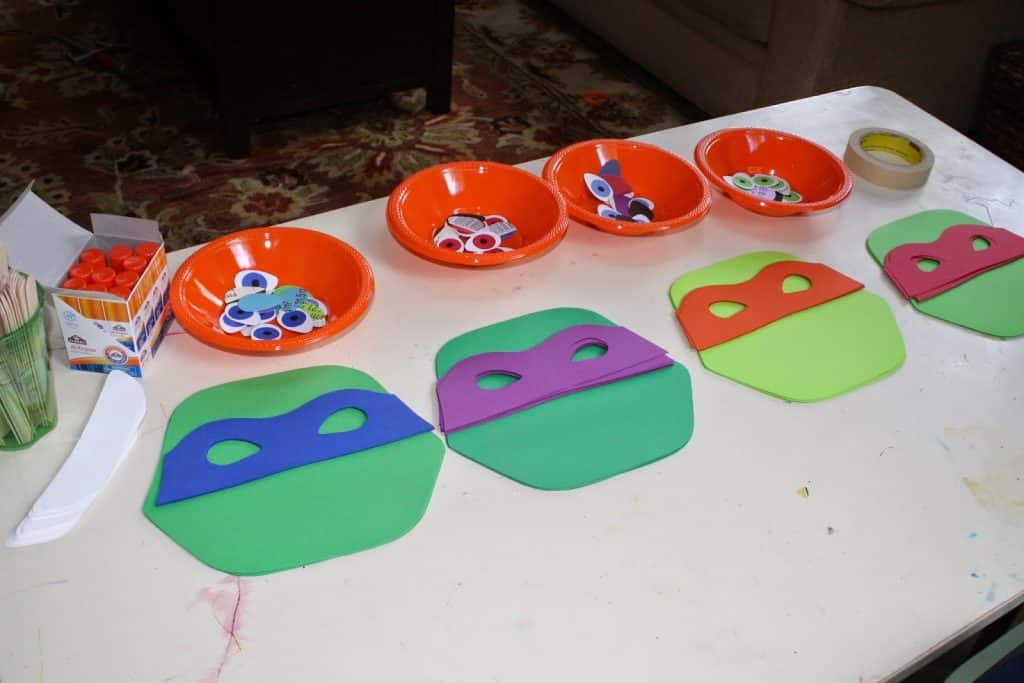 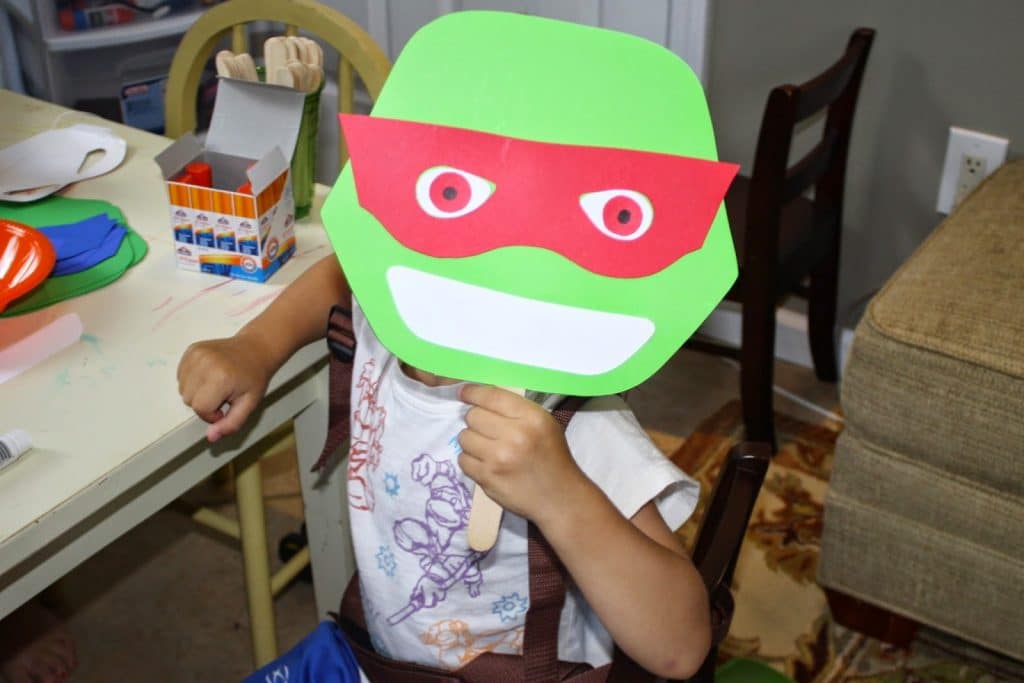 For our activity at the party, I cut out simple green turtle heads, the masks in different colors and the eyes (who knew each Ninja had different color eyes?). Each child glued the ninja face together and then we put them on popsicle sticks. The kids loved using them as “masks” and it was a safe, fun way for everyone to play ninjas!

If it is possible, we are only more obsessed with the Teenage Mutant Ninja Turtles after this party. Thanks to our awesome new costumes, the boys are planning on being Raphael, Michelangelo and Donatello for Halloween. The only issue for that they claim they need a little brother by then to be Leonardo. That is one request I won’t feel guilty about not fulfilling!

I’m Lexi….wife to Chris and mom to twin boys Dean and Nicholas and our surprise-third-very-soon-after, Alex. I was born in Cleveland OH and raised in Cranford NJ. In my past life, I majored in Elementary Education at Ohio University and then put that college education to good use by working in public relations and special events for luxury fashion and jewelry brands. If you had told me back then I would end up back in my hometown, with a  family of five, I never would have believed it. But here I am – a stay at home mom, loving the ups and downs of raising three boys and trying to do the best I can!
(Visited 487 times, 1 visits today)