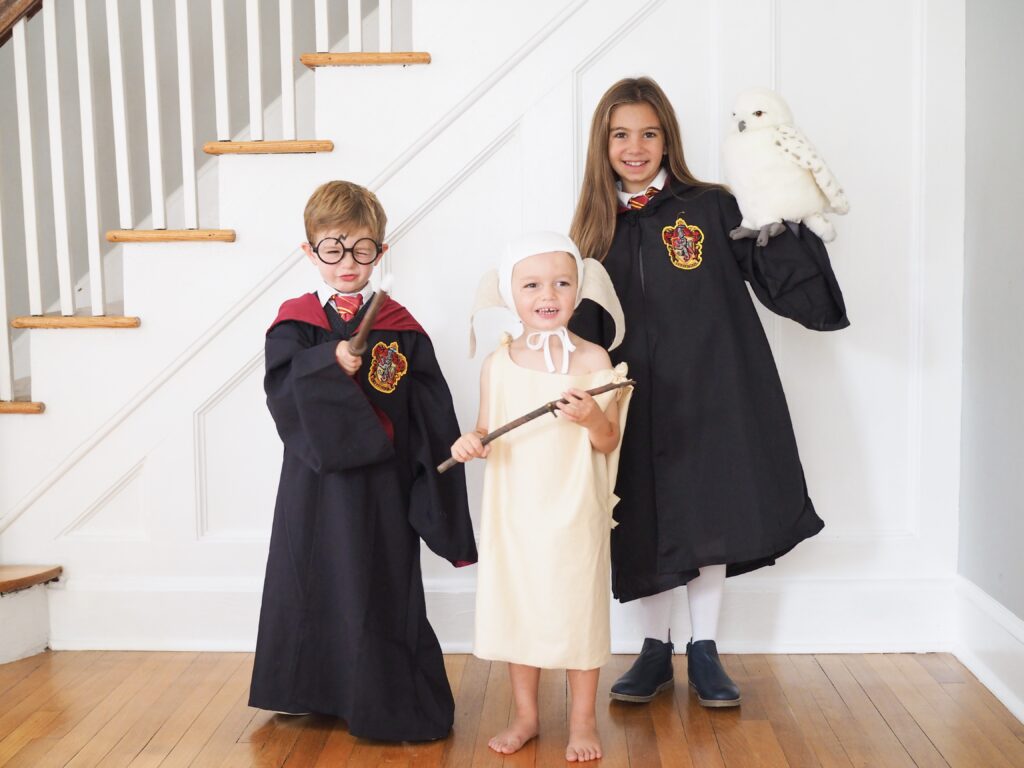 Dobby’s Outfit : My girls read the books and as soon as I mentioned making a Dobby costume they said “that’s easy, he wears a pillow case!” So that’s exactly what I used: an off white pillow case. Holding the pillow case so the open part is facing the child’s feet, cut a semi circle out of the top seem for their head. Then cat a small semi circle from the other two seems for the arm holes. Then tighten it my gathering the “straps” at the shoulder. This will make it look more like Dobby’s “outfit”

Dobby’s Stick: For an accessory, grab a good stick from outside!

A DIY Dobby Hat: I ordered a white pilot’s cap off Amazon. Then I got some off white felt and cut out 2 large ear shapes while looking at a Google image of Dobby. I glued the felt ears to the pilot’s cap with hot glue. 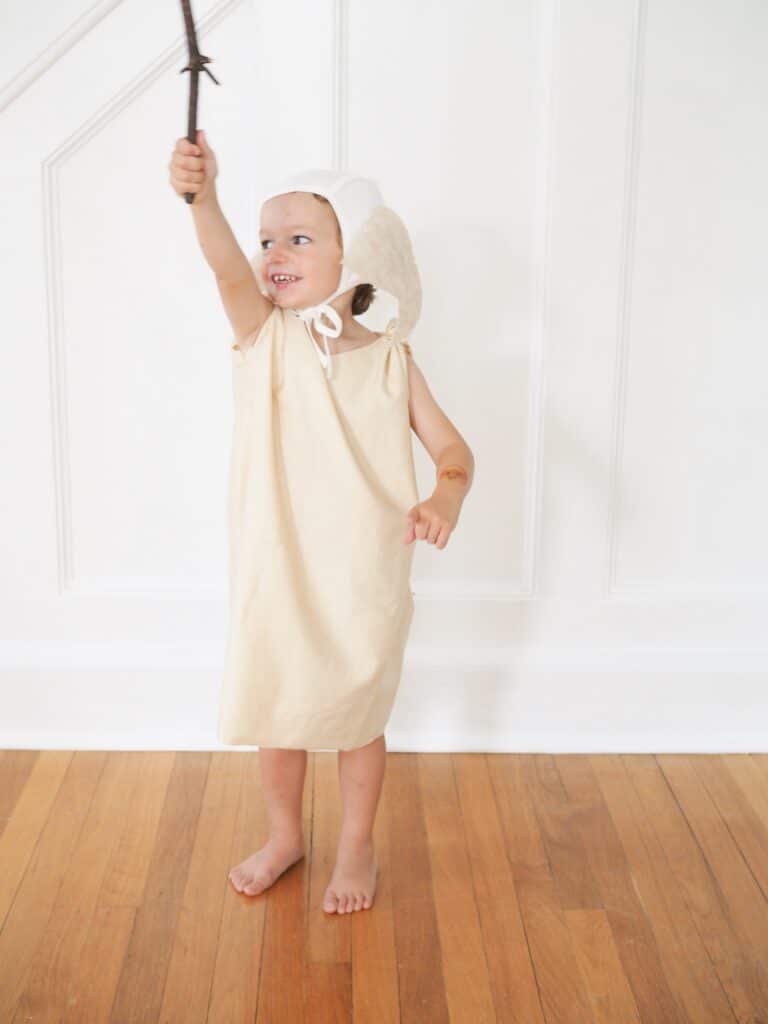 We loved the matching Harry Potter and Hermione costumes from Chasing Fireflies. They even have the official Hogwarts sweaters and ties. These will be worn for dress up for years! 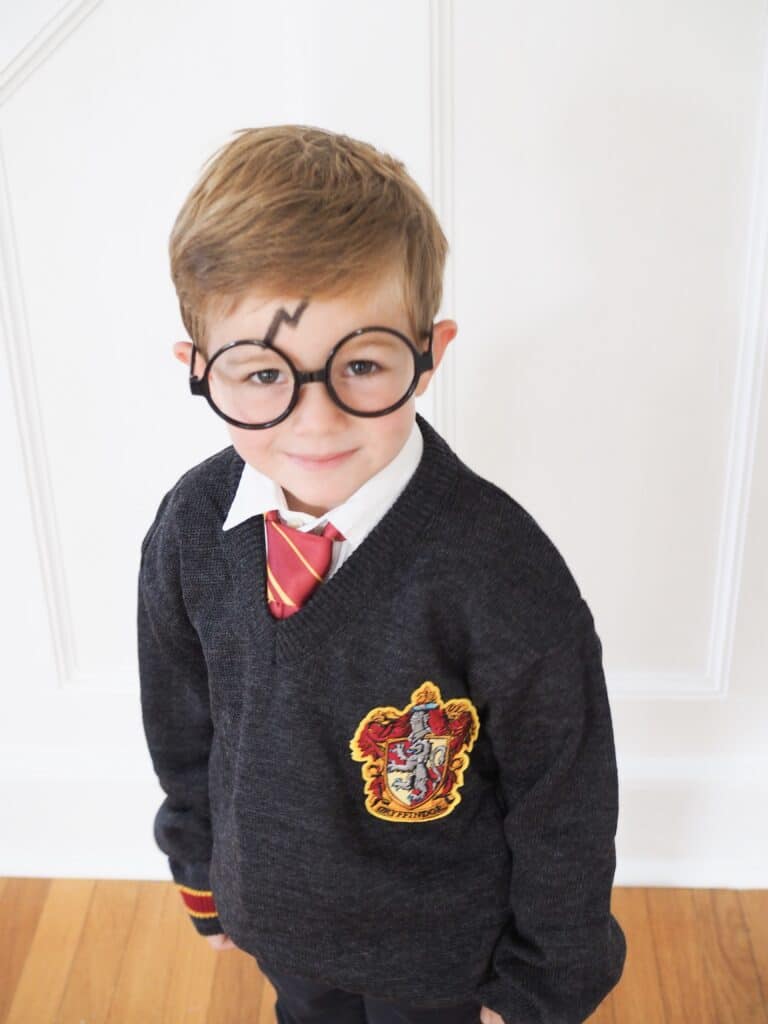 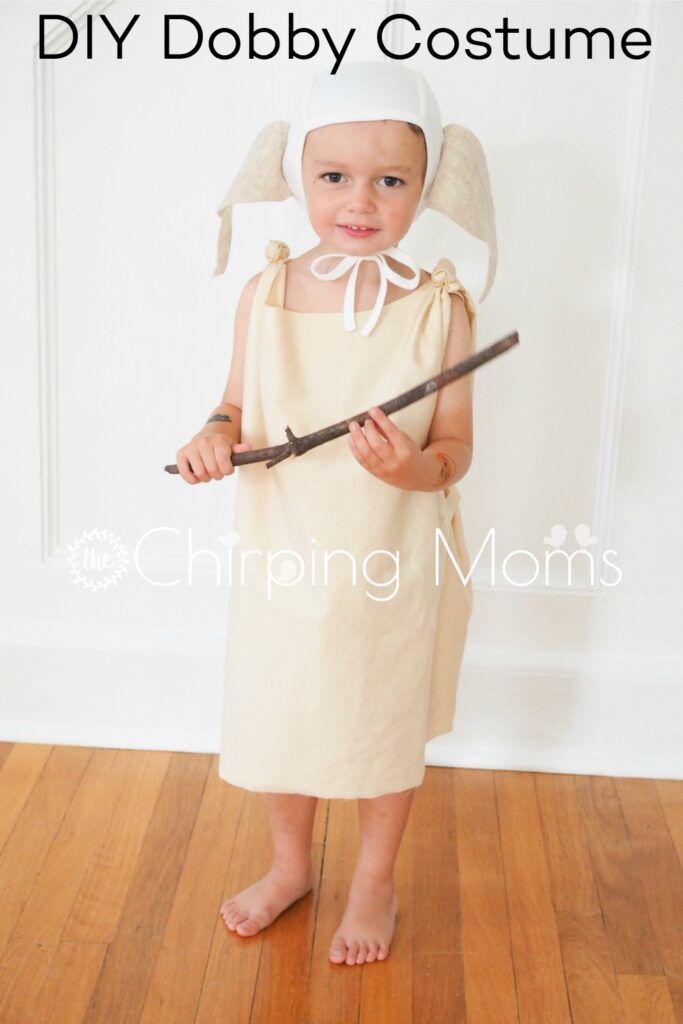