Of all the DIY costumes I have posted, this is the easiest and fastest one to make yet. It takes minutes and the best part is that after Halloween you can keep the shirt “power ranger” or peel off the felt and have your pajamas back. Miles has been asking to be a Power Ranger for Halloween since early June, so I knew he was not changing his mind. I began thinking about how Id make a DIY Power Ranger costume. 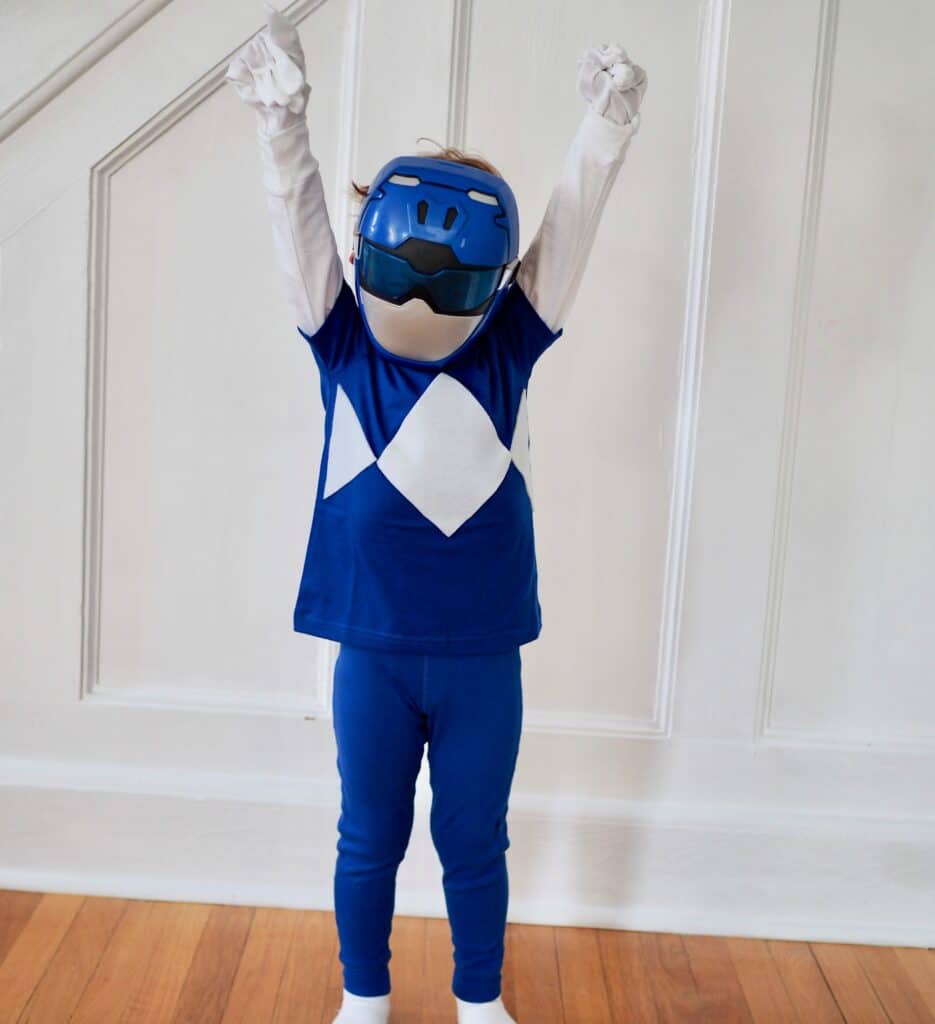 This summer when he was asking daily to dress as Blue Ranger I got this mask on Amazon. For the costume… he loves the idea of dressing up but doesn’t love how many dress up items feel. If it were up to Miles, he’d wear pajamas all day every day. So I decided to make a pair of blue pajamas from Primary into a Power Ranger costume. It was easier than expected and was done in no time. You may even have a lot of the supplies. Here’s the how to: 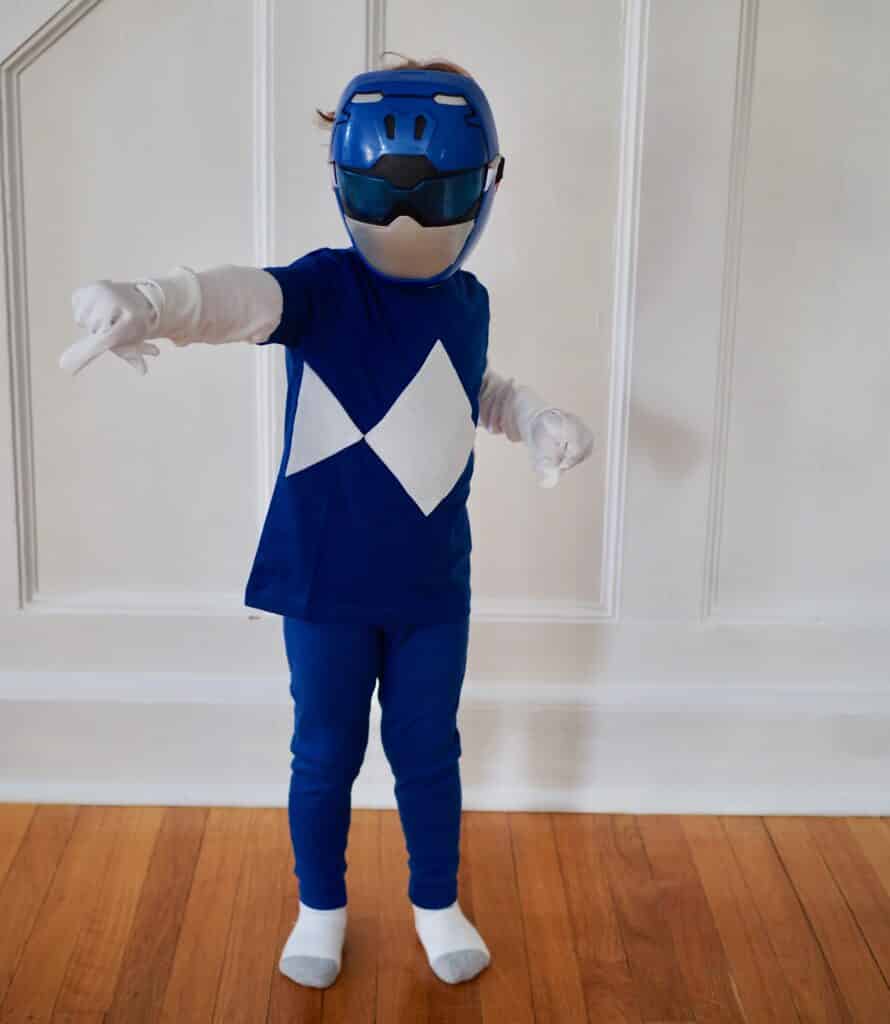 Lay the blue t-shirt flat on the table. Cut out a large diamond shape from the white sticky felt and stick it in the center of the shirt. Cut out 2 triangles from the felt and place them on either side of the diamond. Last thing to cut out of the felt is a belt. We took the photos before I cut out the belt because I had to get more felt and Miles was WAY too excited to wait to try it on. Simply cut a long rectangle out of felt and stick it on as the belt. Layer the rest of your Power Ranger costume supplies and you’re ready to go!