Cheerio!  Traveling to London with a young family?  Below are some practical tips that can help you find you trip  Spit spat. Be prepared ; carry on. Here are the top 10 tips for visiting London with kids:

Tips for Visiting London with Kids 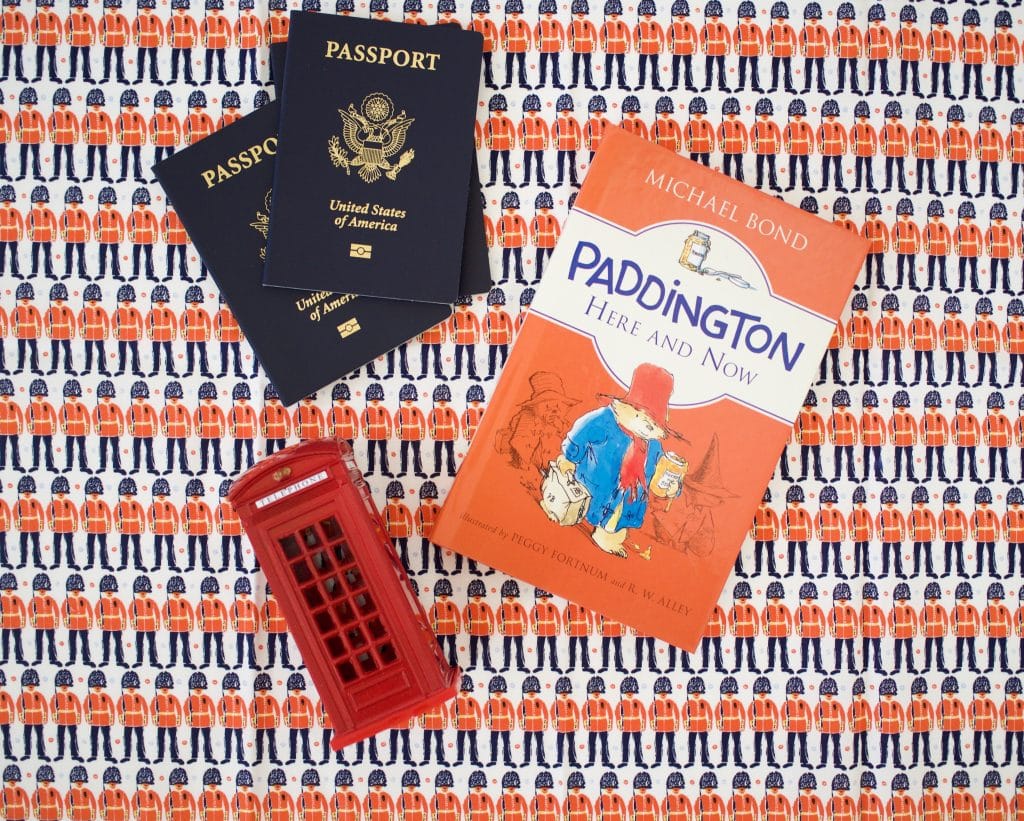 1. Carry rain gear.  They don’t call it the London Fog for nothin.’   We travelled to London in late August and experienced a range of weather.  Each morning was foggy and damp until around noon, which apparently is the norm in London.  (Londoners will shrug and smirk as you are getting poured on out of nowhere and say, “Well that’s London, isn’t it?”)   Some days turned sunny and pleasant for a bit, while on others cold rain clouds showered us with little warning with varying degrees of persistence.  The lesson is to keep slickers handy, “Be Prepared” and “Carry On.”

2. Getting acquainted.  You may arrive in London in a literal or figurative fog, especially if you are jet-lagged.   Be prepared, you will be tired and preyed upon with options for “hop-on, hop-off” tours of several sorts including buses, river cruises and even organized walking tours.  (I’m still not sure how to “hop-on, hop-off” a walking tour.”) I’m slightly embarrassed to say that we quickly fell into one of these tourist traps and bought a quite expensive 3-day “combo pass,” which was totally not worth the money and was frustrating because we sat in traffic on the bus much of the time and waited on long lines of tourists to even get on busses.  The river cruise portion of the ticket was more pleasant, but again was a very slow and tiresome mode of transport. That said, the benefit of these tours is that you hear “inside commentary” about the city which we found interesting to a point. However, similar, if not better commentary, can be gained from many of the free or inexpensive walking tours available, such as London Walks many of which are specific to certain areas of interest (Rock and Roll, Jack the Ripper, Charles Dickens, Harry Potter, etc.)    Feel free to forgo your English manners and listen in on the freebie guides. They won’t mind.

3. Getting around town.  Once we ditched the “hop-on, hop-off,” we found London to be a very walkable city with fun bridges to cross, merging neighborhoods and interesting sites along the way.  That said, we found the most efficient way to get around town was to use the public transport system, i.e. the Underground, the famous red double-decker buses, and the commuter ferry clippers.   Kids are able to ride these systems for free (enter through the large gates on the Underground tube turnstile) and it can be cost-effective for adults to buy all-day passes for one or more systems.  Pay-as-you go options are also available and often most convenient because it requires only tapping of the credit card icon upon entry allows for skip the frequently long ques to buy tickets. (Be sure you have the chip – most American Express cards  – -easy to make small monetary purchases as well). Of course, hailing the famous black London taxis can be a fun but costlier treat and Uber is an increasingly popular way to get around. When travelling to and from airports you may want to make use of express trains such as the Heathrow Express train which travels quickly and pleasantly from Heathrow direct into Paddington Station from which point travelers can get on the Underground or use another mode of transportation.

4. Book in advance.  Buying your tickets online and slightly in advance can a be huge advantage in avoiding long ques at many of London’s tourist sites such as the London Eye, the Tower of London, the Royal Mewes, St. Paul’s Cathedral, the Churchill War Rooms, etc.  Often these tickets and are for timed entries and can be purchased the night before or day-of (we bought ours at breakfast each morning) and are less expensive that buying at the gate. There are also options for all-inclusive tickets such as the London Pass that also allow you to skip long ques at many attractions, but we found that such passes were beyond our needs.

5. Consider skipping the Changing of the Guards.  I know, I didn’t want to hear it either.  Go to London and not see the Changing of the Guards at Buckingham Palace?  However, the truth of it is that it is a huge and crowded spectacle and unless you arrive very, very well in advance and get a spot against the Palace gates you will barely see anything especially if you are attempting the visit in nice weather or in the summer tourist season.  The crowds are annoying and pushy and your children will likely get restless. Fortunately, you can see the famous royal guards at other royal locations including the Household Calvary as well as the Tower of London, which even has its own mini guard changing ceremony every day at 3 p.m.  These locations, as well as the Royal Mewes where you can see the royal carriages, are much more enjoyable for children and I regret not taking advice to skip the Palace ceremony.

6. Enjoy the freebies.  It’s hard to believe that most of London’s top museums are completely free to the public, including the National Science Museum, Tate Modern, and National Art Gallery, Museum of London and the British Museum.    You can certainly spend several hours at each of these, if not the better part of a day, or just put your foot in each. Either way, be pleased that some of that tax money American colonists paid years ago is being put to good use.

7. Consider at least one “big event.”   For all its history and pageantry, don’t forget that London is also a large, modern, metropolitan city and home to some fantastic entertainment, including Broadway-style shows, ballets, operas, concerts and large spectator sporting events most of which just take a little planning to attend.  We purchased tickets to the Arsenal vs. West Ham soccer match via StubHub and had a blast! It was also a fantastic way to experience local culture and feel like true Londoners for a bit. Like many other large ticketed events, consider buying tickets in advance or searching ways for discounted tickets.

8. Eat in the pubs.    Admittedly, my children are really spoiled with access to some great cuisine by growing up in the New York area and with a Nana who can really cook.  It was no wonder that they turned up their noses on many of the traditional restaurants we passed on the London streets – and opted instead for Asian noodle-houses, take-away, or the traditional British pubs.  Fortunately, we happened upon some really fun pubs that were fine to bring children into and had some fantastic histories to them such as the Anchor (south side,) The Red Lion (near Parliament) and The Mayflower (a hike but really cook because that’s where the Pilgrims left from.)   My kids enjoyed traditional pub faire such as fish and chips, bangers and mash, and a burger here or there. They were also good for a late breakfast/early lunch when we enjoyed some baked beans, eggs and sausage on actual English Muffins.

10. Try to get into the “country”  – There are many great spots to visit just outside of London: Windsor, Greenwich, Bath, etc.

Have a great trip!