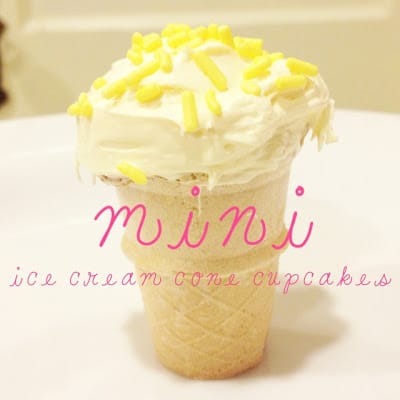 I’m not the best baker, but I have a new, easy “go to” dessert for the summer: Mini Ice Cream Cone Cupcakes! As a kid, I always thought it was so cool when someone brought in the cupcakes that were in an ice cream cone for their birthday treat. I’ve been meaning to try & make them for girls for a long time now, but always thought it would be complicated & I’d have to stray from my box mixes. Recently we were at a play date & my friend served ice cream cone cupcakes. She has a 2 year old & a newborn, so I couldn’t believe her amazing creation. She informed me that to make the cupcakes in a cone, all you do is bake the same recipe or mix you normally would, but you pour the batter into a cone & not a cupcake wrapper. I had no idea! I tried it out while baking with Maggie later that week. We had so much fun decorating them. Then, I noticed “mini cones” in a bag of baking supplies Julie passed along before the movers packed up her kitchen. I tried making mini cupcakes in the mini cones & it was a success! I’ve made them a few times now & they’re always a hit. They are like a summer version of mini cupcakes. They would be perfect for 4th of July! 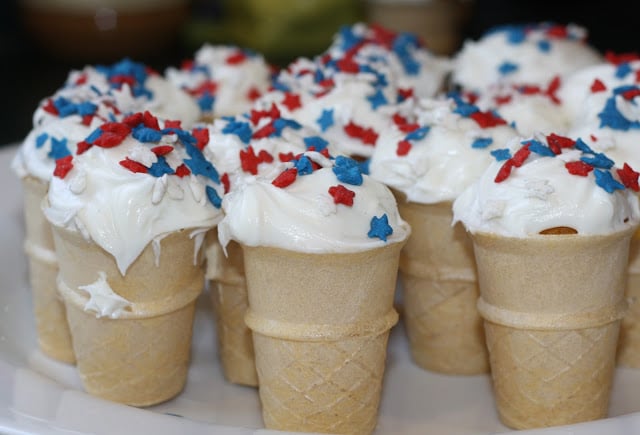 Mix cupcake batter as you normally would (from a box like me, or from scratch). Heat oven according to box directions or recipe. Take a cupcake tin or mini cupcake tin & stand the cones up inside where you would normally put the cupcake wrappers. 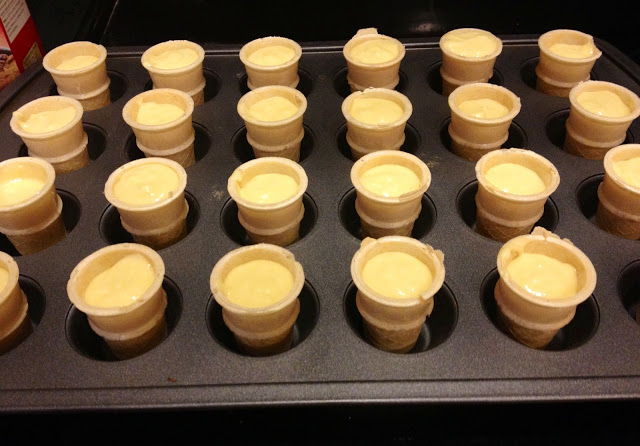 Fill the mini cones about 3/4 full. Bake as directed. For mini cupcakes, I usually take about 5 minutes off the time recommended for cupcakes. Make sure they are done with a toothpick. Let cool & decorate! 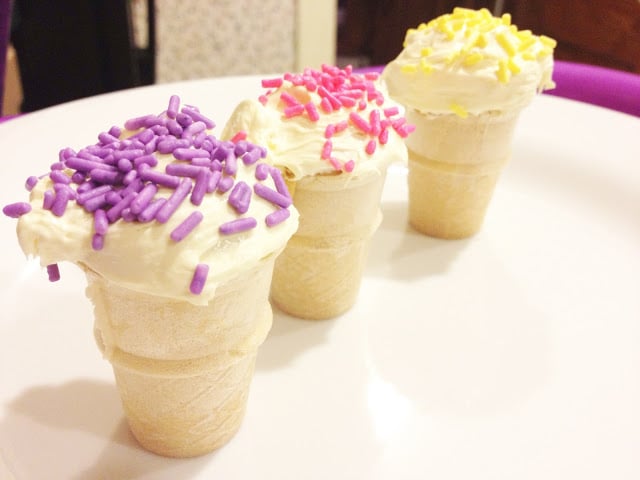 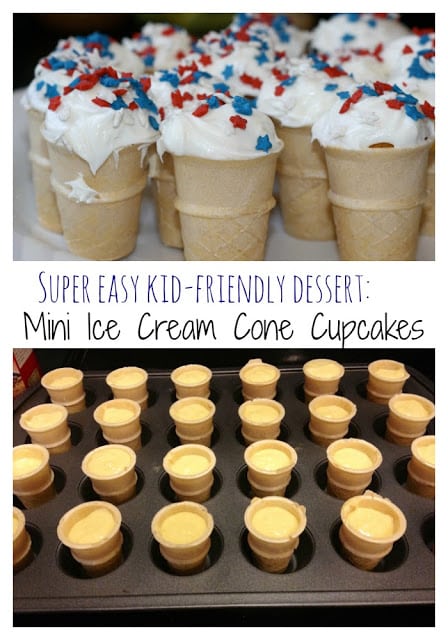