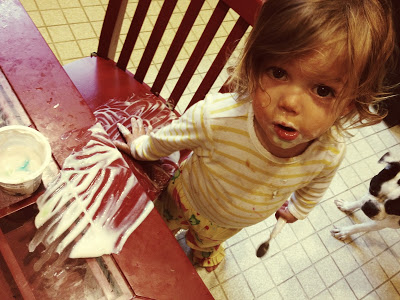 Recently I have been pulling out some of the books I bought while pregnant with Maggie. I have a few friends who are pregnant for the first time & I wanted to pass the books along. I thought back on how I would read each month, getting excited for the next milestone. It helped to me know what to expect in the coming month, but there have certainly been plenty of unexpected things that have come up. Also, there have been many things in motherhood that were not quite what I originally expected. Here are a few that were a little more then I had prepared for:

Teething: I was so excited the first time I saw little pearly whites breaking through my tiny baby’s gums. From what I read, teething was starting right on time. I didn’t expect the teething would last for the next 20 months. My kids teeth come in one at a time, slow & painful. Here is Alex with her latest molar breaking through: 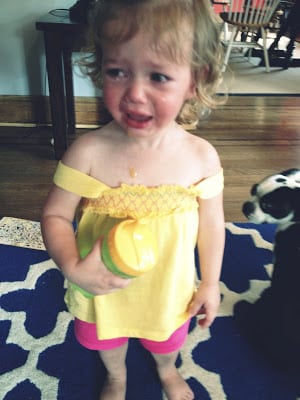 Accidents: I expected that along with potty training came accidents. Here is a scene I never imaged would happen: Maggie has an accident. It’s like a river running through our living room. As I head to the kitchen for cleaning supplies, the baby crawls as fast as she can toward the puddle. I run back to grab her but it’s too late, she crawled in to, slipped & is rolling in it. The dog has run over & is drinking it & Maggie is screaming. To top it off, potty training wasn’t completed for another 6 months, but that’s another story.

Vomit: I’m not good with vomit. I always expected eventually my kids would get sick & I would clean it up & get over it. I never quite expected how my first experience would go down. It was during a lovely lunch at the Nordstrom Cafe & most of it landed in the nicest pair of shoes I own. I was completely covered & so was Maggie. We had a long, uncomfortable drive home before we could actually get cleaned up. Since then it’s happened again in Nordstrom, during hour 1 of a cross country flight & most recently right on the iPad. 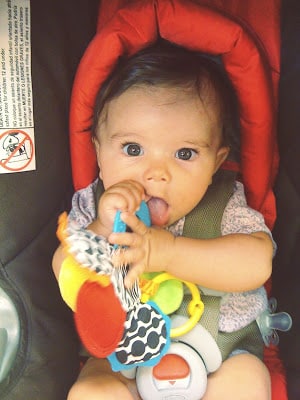 Putting Things In Their Mouths: Maggie has been putting everything in her mouth since she could grab toys on her own. I always expected it would end around 1 or 2, but she is 3.5 now & last week, her putting things in her mouth landed us in the ER. Alex was napping, so I let Maggie play with the special jewelry box she got when her great-grandmother passed away last month. She asked me to help her put on a gold, chain link bracelet & then she started lining up the jewels on our coffee table while I made her lunch in the kitchen. About 30 seconds later she ran in & told me the gold bracelet was “stuck in her belly”. She wasn’t choking at all, looked perfectly fine, but again repeated “I put the bracelet in my mouth & it fell into my belly”. I tore apart the living room thinking there was no way my child ate a bracelet. After I had no luck in my search & she kept telling me “you’re not going to find it under the couch because it’s inside my belly”, I called the pediatrician. They said due to the size/shape of the object I had to take her to the ER. So, off we went, for our 2nd ER trip in 1 week. Maggie had an x-ray & there it was, clear as day: the gold bracelet hanging out in her small intestine. I asked the doctor what the next steps were & he handed me a big box of rubber gloves & said “come back in if it doesn’t come out in one piece”. For the next 5 days I had to dig around each time Maggie went to the bathroom. I think it was when she called down from the bathroom “Hey Mom, I pooped again. You better get your gloves on” that I thought to myself: this is certainly not something they tell you about before you have kids. Eventually the bracelet came out all in one piece. I’m thinking I’ll hold onto it & give it back to Maggie on her wedding day or perhaps the day she tells me she’s pregnant with her first child. 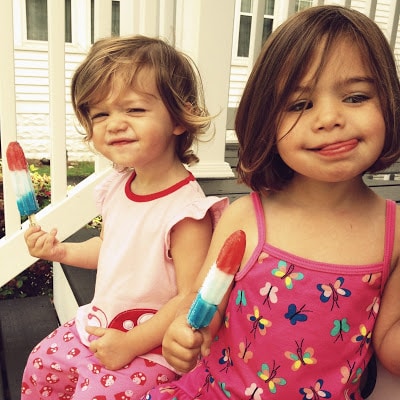 Love: I always expected I would love my children (of course). I have a wonderful Mom & she’s shown me unconditional love my entire life; she hugged me even when  I was a nasty teenager, believed in me even when I didn’t believe in myself & the night before I left to study in Italy for 6 months, she slept on my bedroom floor, because she was going to miss me so much (I was 20). But nothing could ever prepare me for the love I feel for Maggie & Alex. It’s more than I ever expected.