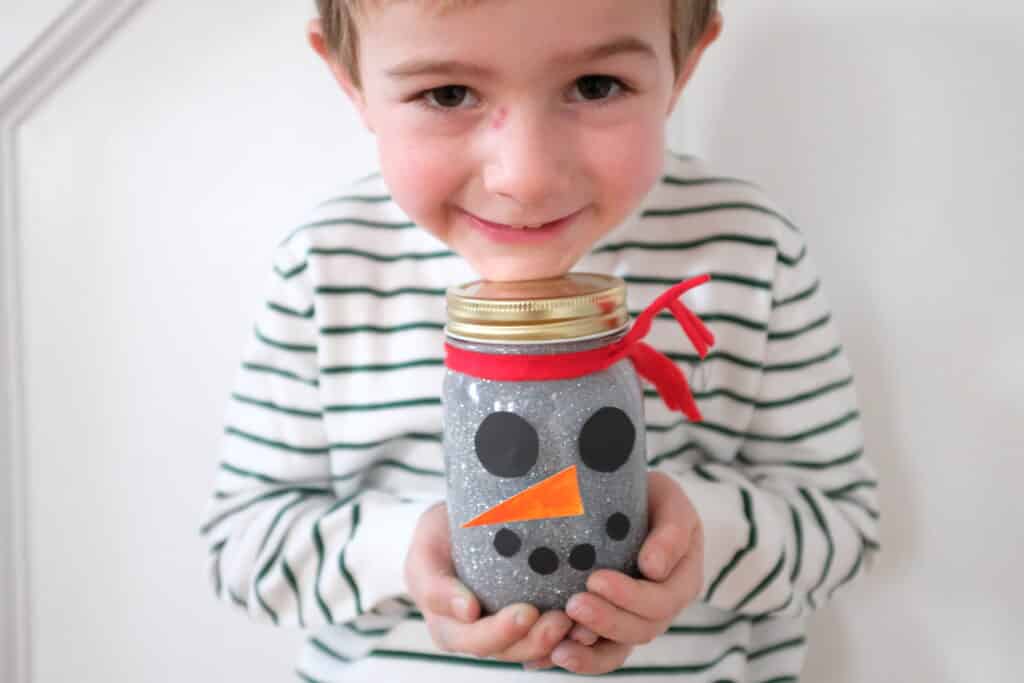 I’ve seen people making calm down jars for a while now. To be honest… the only reason why we never tried them is the thought of a jar of water + glitter sounded like anything but calm to me (ha!). Letting my kids make one sounded like a disaster but I decided to finally give it a shot. To my surprise it wasn’t messy! These snowman calm down jars were fun to make and my kids love them. 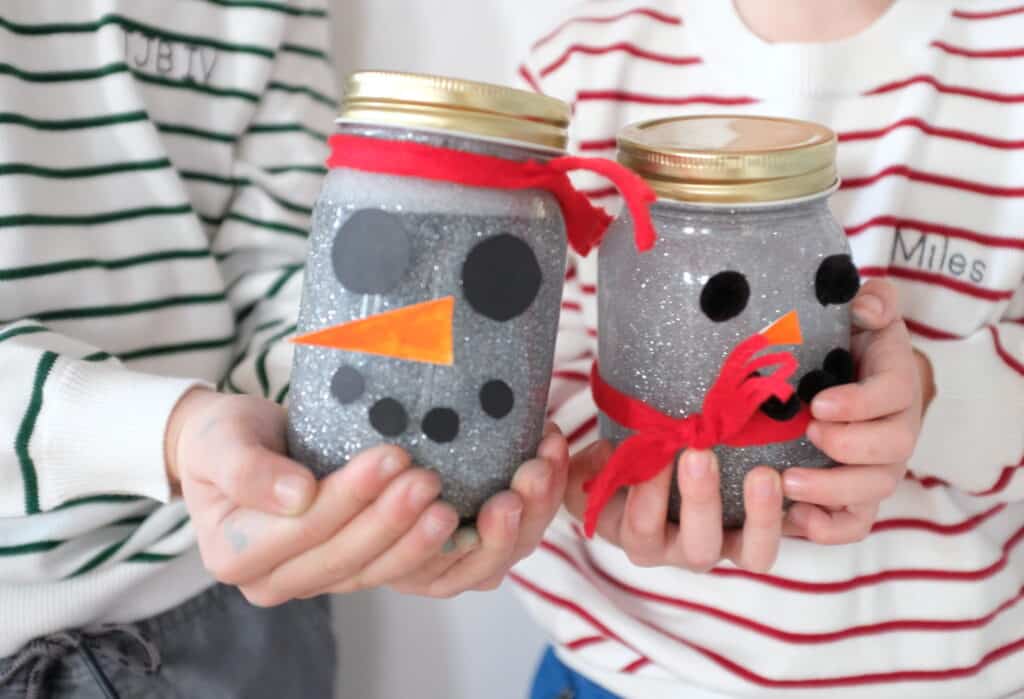 My kids love snow globes. To me, a calm down jar reminds me of a snow globe. Calm down jars are supposed to soothe and relax. You can give it a good shake and then sit and relax while the glitter settles.

We have a ton of mason jars and we were working on winter crafts and decided to try making a snowman calm down jar. It was really easy and the kids have been enjoying them all week. Here’s how to make a snow man calm down jar: 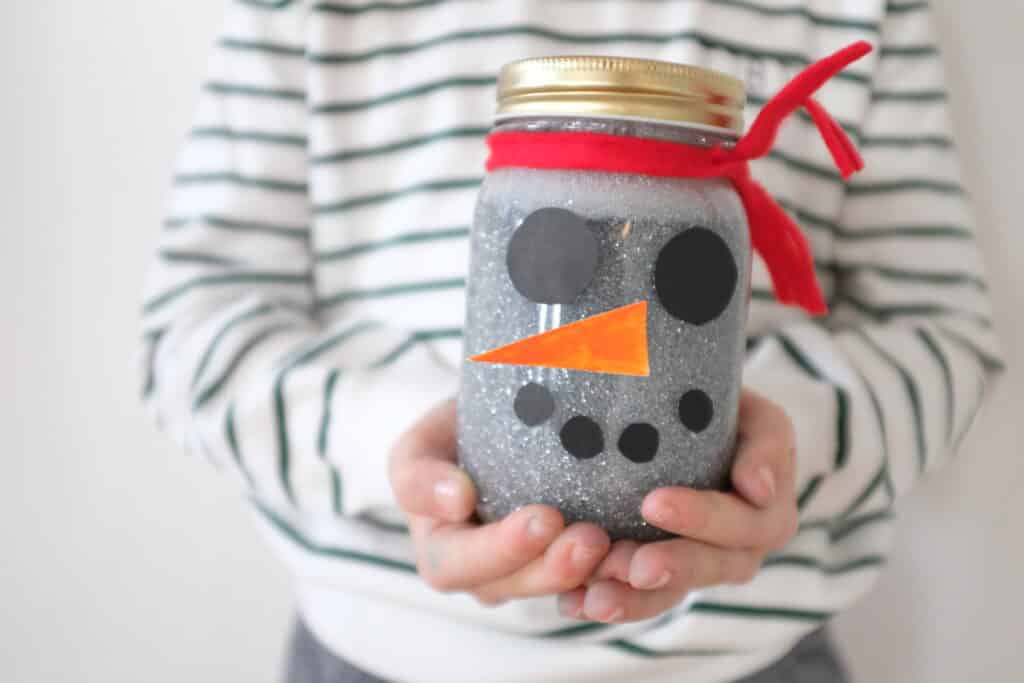 First we decorated our jars to make them snowmen. We tried both with paper faces and pom pom faces. Either works! Just glue on some eyes, mouth and a carrot nose. Cut a strip of felt for the scarf and tie it around the jar. Fill the jar 3/4 way with water. Fill it the rest of the way with clear glue. Last add the glitter. Put the cap on tightly. Give your snowman a shake!

Pin this activity for later! 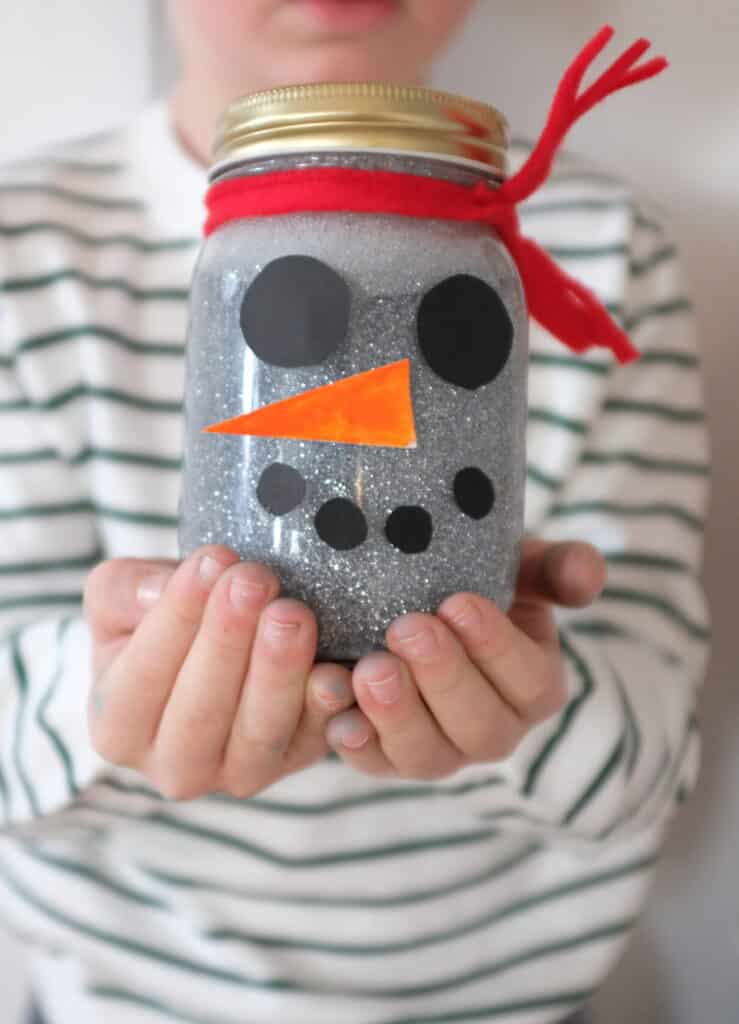