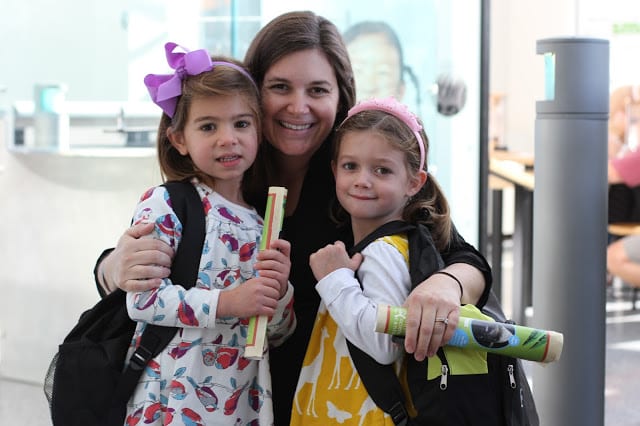 I have two HUGE Dora and Diego fans in my house. My girls have loved both shows since they were really little, and at 4 and 5, still enjoy them. They especially like Diego because they are major animal lovers. They play “animal rescue center” at home all the time. So when I heard there was a Dora and Diego exhibit opening at The Liberty Science Center, I knew we had to check it out! 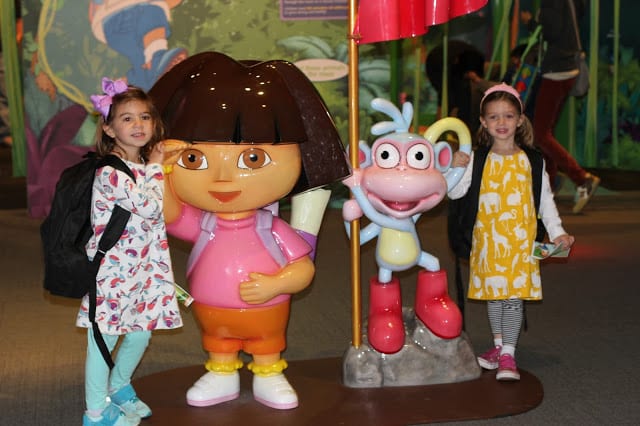 The exhibit is called Dora & Diego: Let’s Explore! The girls were so excited as soon as we walked in. They couldn’t decide what to play with first! The Liberty Science Center did a fantastic job at making this new exhibit appropriate for various ages. We didn’t have Tommy with us for the trip, but there were areas he would have really enjoyed (12months) and my 5.5 year old was fully engaged too. I think any child from toddler through 6 would love to explore what the Dora and Diego exhibit has to offer. 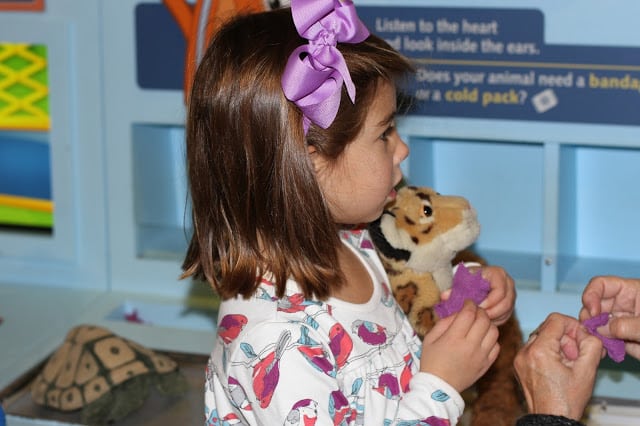 Like I mentioned, my girls play “animal rescue center” all the time at home. So when they saw a REAL Dora & Diego Animal Rescue Center that they could play in, they were jumping for joy. It was hard to get them to leave. There are chips in the stuffed animals that make the scanner respond to which stuffed animal is placed in it (just like the show) and supplies to help the animals in danger. There is also an adorable “animal wash” station. 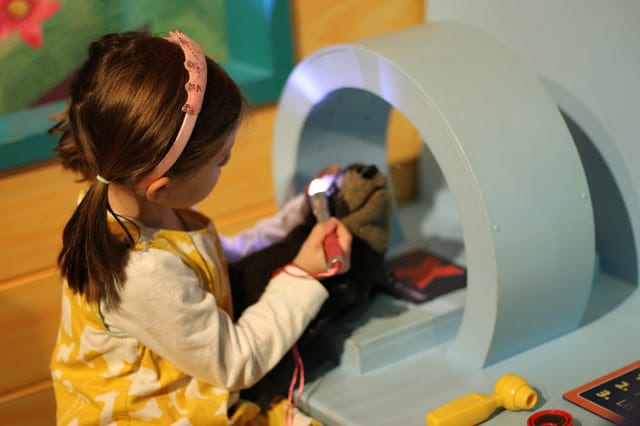 There are many other fun areas to explore within Dora & Diego: Let’s Explore! like a garden where you can plant flowers, a pirate ship, a space ship and more. One thing my kids really liked about each area was that they all had dress up clothes to go along with the station. They had a blast playing on the pirate ship with vests on just like the “Pirate Piggies” wear.

There was a live rainforest rescue show while we were there. It was awesome. The kids learned so much (I did too) and at the end they got to touch live animals. This was definitely the highlight for my girls. They were so eager to touch each animal, even the giant cockroach! Their favorite animal was Tortellini the Turtle. 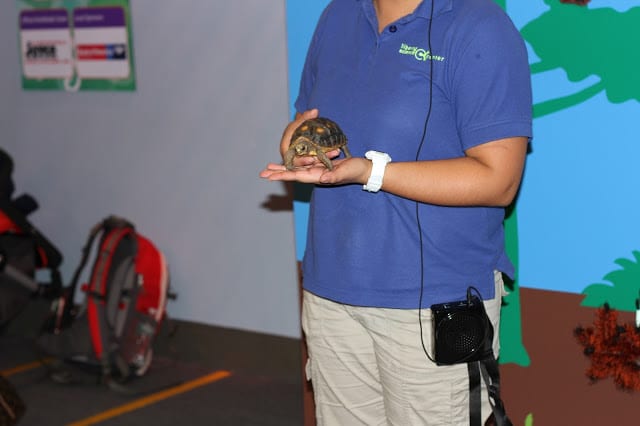 Maggie and Alex loved the Dora & Diego: Let’s Explore! exhibit at The Liberty Science Center and keep asking when we can go back. It’s definitely worth a trip and has plenty to entertain kids and keep them active and having fun. We are already planning our trip back! 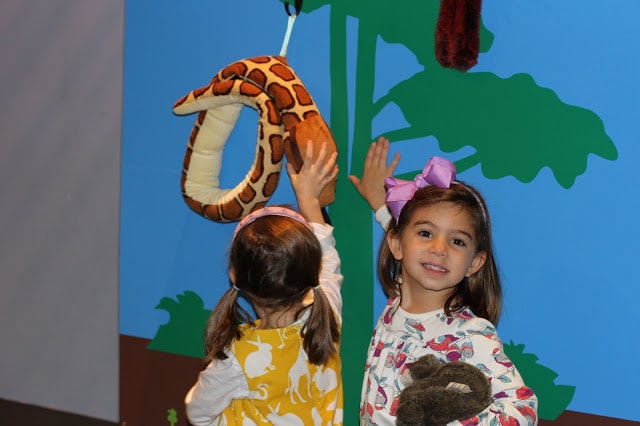 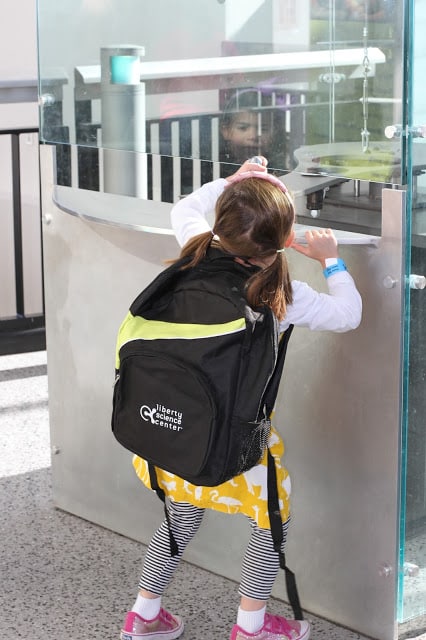