My kids tend to change their minds a couple hundred times before Halloween. That or they “just can’t decide” what to be. That’s where we were at hen Alex came up with the idea to be The Tooth Fairy for Halloween. Last year, we were kind of getting down to the wire: we had visited the Halloween store a few times, searched through our dress up bin, thought of some of our favorite movie/book characters….still no decision. Then we were walking around town and outside the dentist office was a scarecrow dressed as The Tooth Fairy. Alex looked at the scarecrow and said “now THAT’S what I want to be for Halloween”. I looked at the scarecrow and decided I could make a DIY Tooth Fairy Costume. 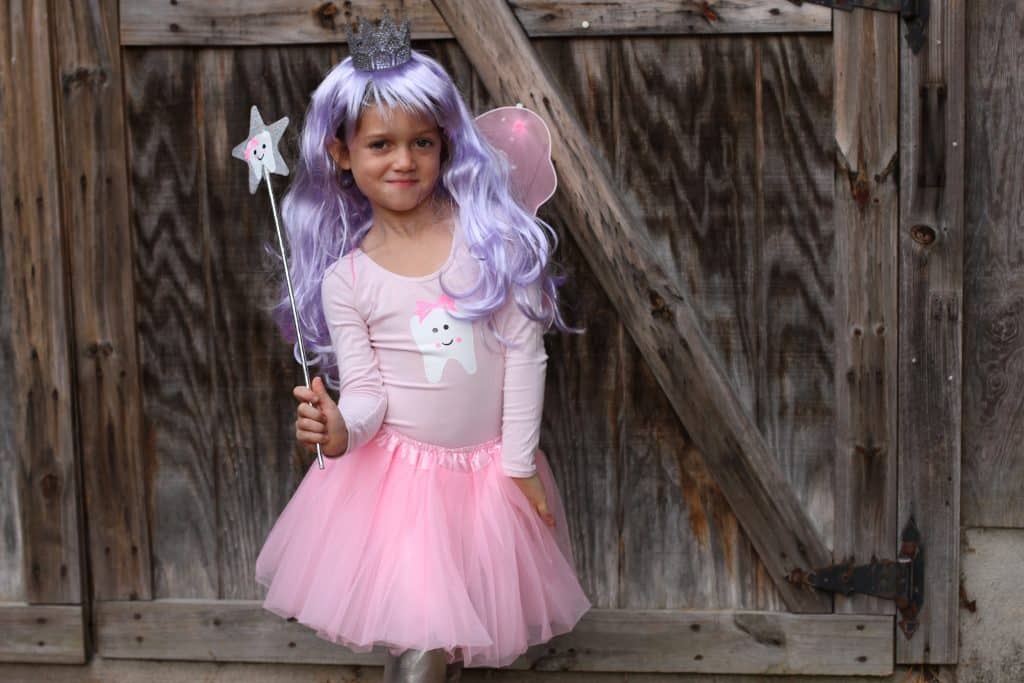 Considering my girls play dress up a lot still and we have quite the array of tutus, this wasn’t a very tough costume to make. Basically I started with a fairy costume and added “teeth” details and accessories. Here’s how: 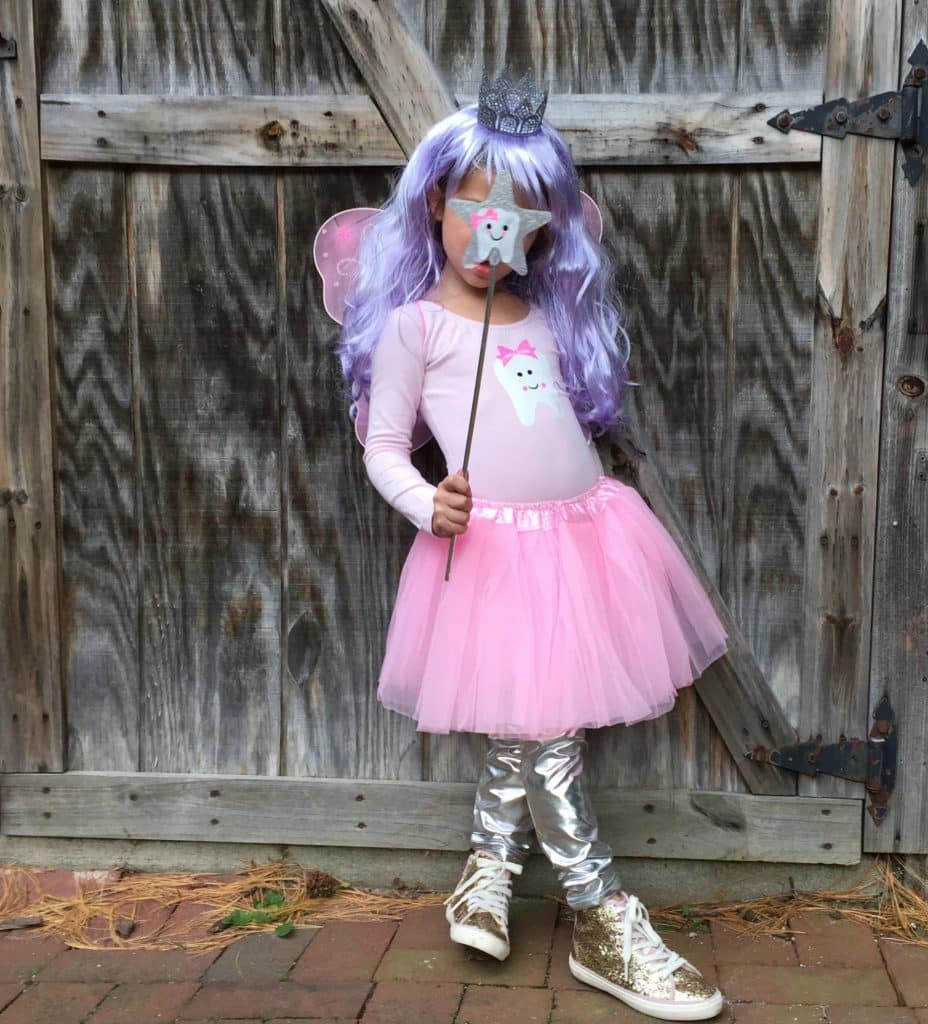 Directions: So we started with the basics (most of which we had): the leotard, tutu, crown, wings & wand. I found silver leggings on Amazon because I thought it would be too cold for tights on Halloween night. Then I found an Etsy shop that sold little bags to put lost teeth in and messaged her asking if I could but JUST the tooth sticker, not on a bag. She was awesome and made that one (for the wand) and a larger version for the leotard. I believe she made it on a Cricut machine, so if you have one or have a friend with one, that’s another way to make it. Another option would be to cut a tooth shape out of sticky-back felt and stick it on. I used sticky felt in most of my costumes. If you go that route, you could just peel it off after Halloween and have your leotard back. 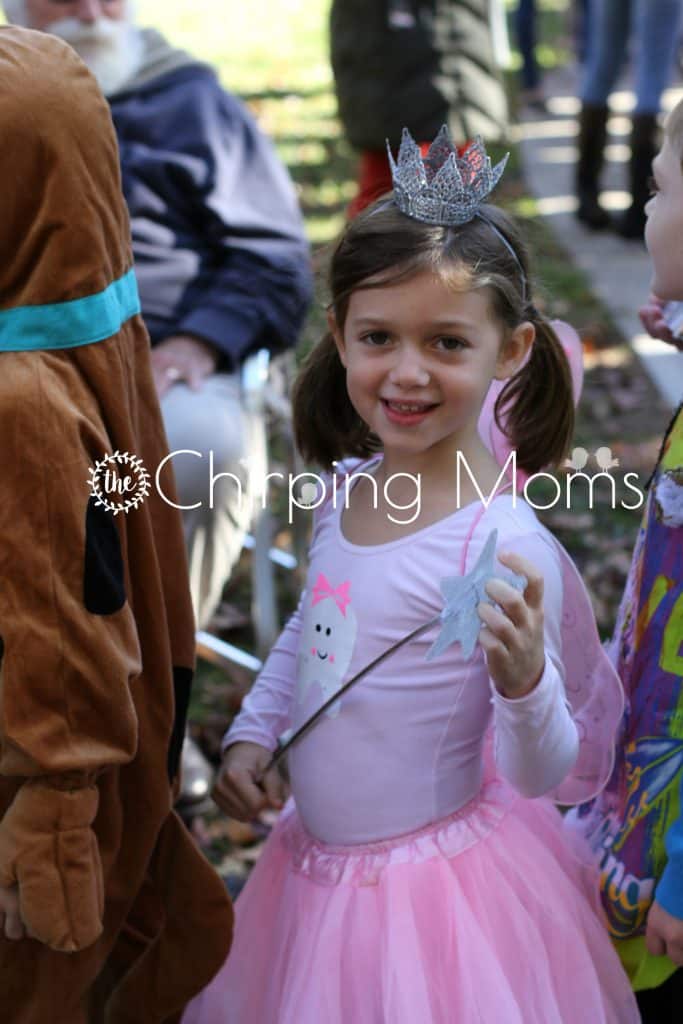 To make some fun “teeth” accessories, I ordered a bag of plastic tooth necklaces on Amazon. Picture the ones your kids bring home with their tooth in it if they lose a tooth in school. I used the plastic teeth to make bracelets and a necklace of teeth. The purple wig in some of the photos wasn’t part of the costume at first but was added in for some of our Halloween events!

This was a really fun costume to make and kids of all ages would see Alex and say “look it’s the tooth fairy!”. There are a lot of different ways you could make a tooth fairy costume at home – different colors, etc based on what you and your kids imagine your tooth fairy to look like.