This week is all about DIY costumes on the blog. We’ll be sharing new ideas all week long. At the bottom of the post, there are links to more costumes you can make. All of these costumes are NO SEW and in expensive to make. Today’s costume is a DIY K9 Unit Police Officer. 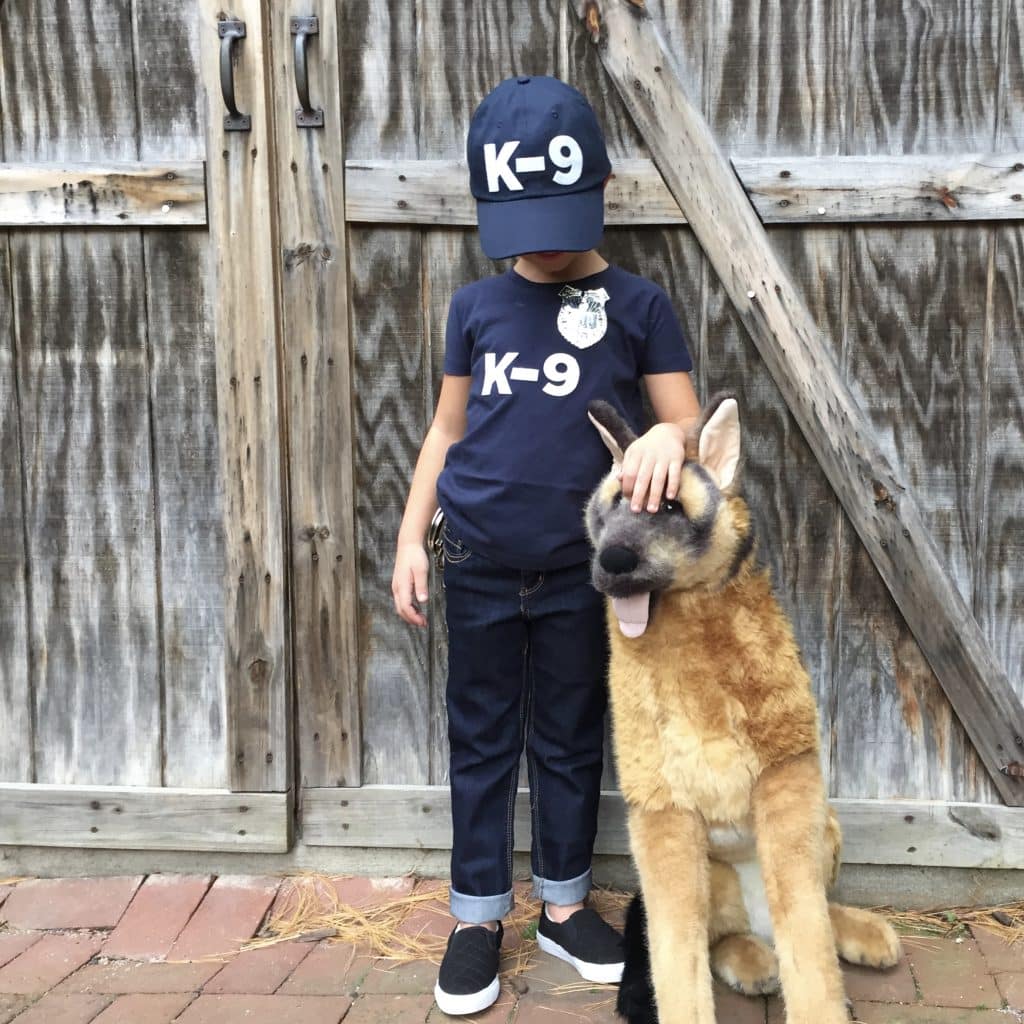 This was Maggie’s costume last year but I made it the night before Halloween and didn’t have much time to post about it. It was one of my favorite costumes and one that Maggie was really proud of. She even got to take a photo at the parade with a real police officer. Maggie loves animals but rather than dress AS an animal, she likes costumes that involve an animal prop. You may have see the Dolphin Trainer costume I posted, where she carried around a dolphin jumping through a hoop. Her favorite dog is a German Shepard and last summer she read a lot of books about service dogs. So she came up with this idea all on her own. 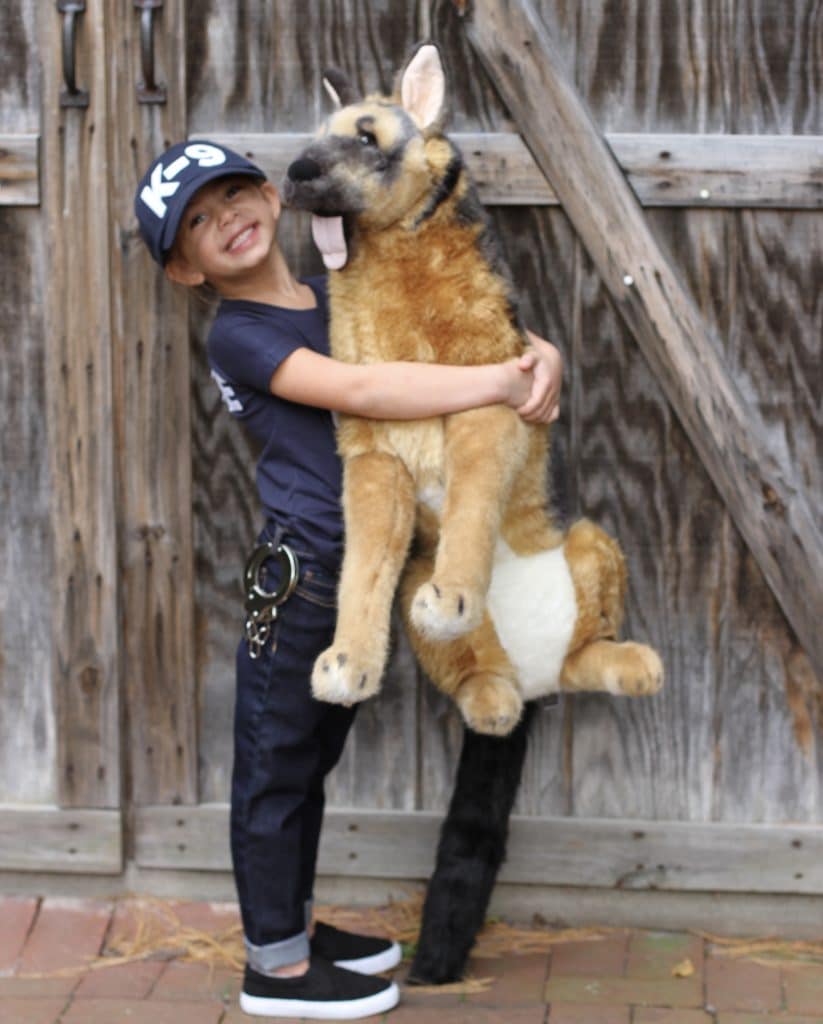 Of course she wanted me to adopt a REAL German Shepard for the costume, but after that was a “no” I found a stuffed animal version on Amazon. I actually thought it was A LOT smaller but when it arrived in a massive box and this VERY life like German Shepard was inside, Maggie was beyond thrilled. We have actually had people get really startled when they walk in our house and see this pup standing in the room, it looks that lifelike. The dog was really the main expense of the costume, but since Maggie has slept with it every night for an entire year and treats it like part of our family, I think it was money well spent. The costume itself was SO easy to make. Here’s all you need: 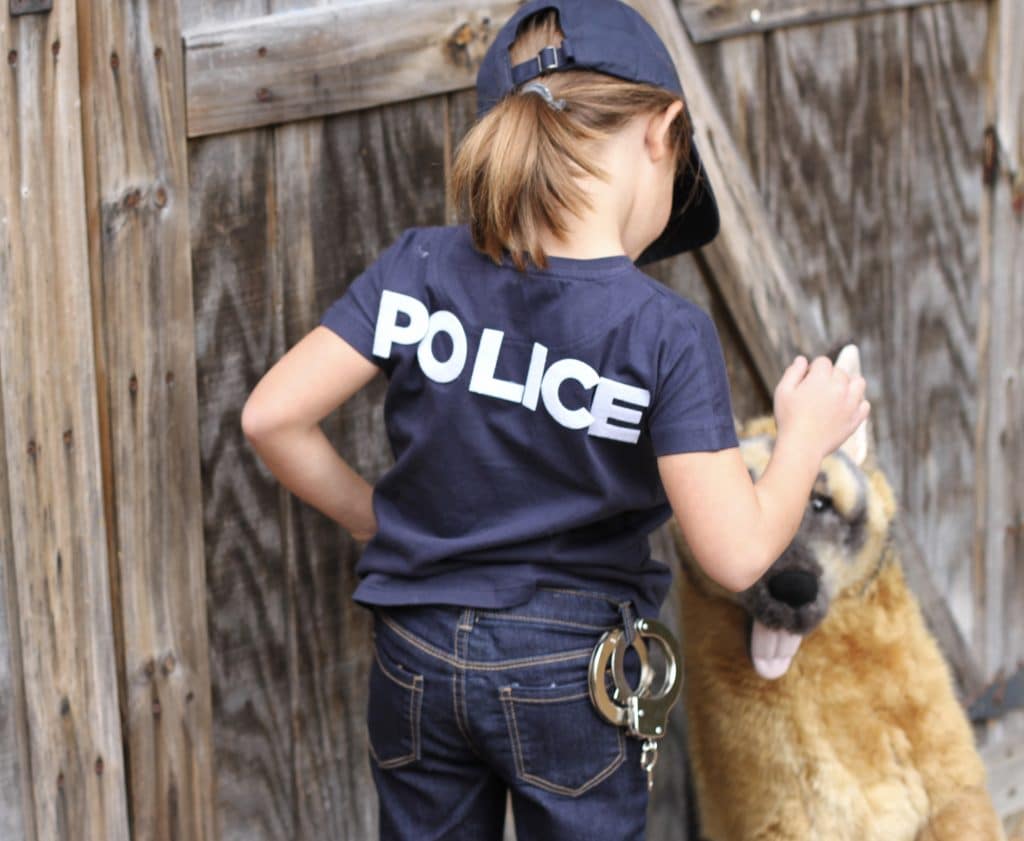 Directions: All we did was stick on the felt letters to spell out POLICE and K-9… it was that easy! We hung the handcuffs from a belt loop and walked around with the giant dog.