I am always on the hunt for fun t-shirts for the girls. When I first saw Plumley’s Togs, the shirts immediately reminded me of one of my favorite places: London. I couldn’t wait for Maggie to have one. 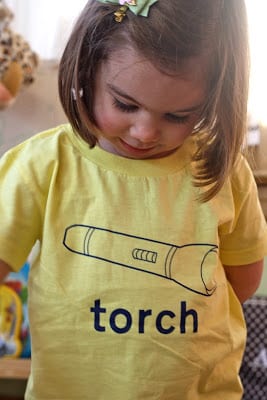 In addition to being adorable & comfortable, Plumley’s Togs sports a great story as well:

“Plumley was born and raised in Great Britain. Plumley attended fine British preparatory schools. He speaks British English and is very proud of it. Years ago, Plumley came to explore the United States. Plumley discovered that Americans do not speak the English of Britain; Americans speak American English. Plumley glumly noticed that Americans call some everyday things by names that are very different than the terms used in his British homeland. Some of his American friends could not understand what he meant when he spoke with them. To help his American friends, he decided he would formally introduce them to some fine British English. And thus was born the idea for Plumley’s Togs.”

All of the shirts & onesies represent a British term; one we don’t use here in the United States.

After watching Maggie run around in her Plumley’s Togs, I started to try & think of some other words that the British use that don’t have quite the same meaning here. I messaged a British “mate” & while he said he could go on & on with words & phrases, he shared but a few:

“waiting for” vs. “waiting on”

elevator vs. of lift.

Now for the giveaway:

One lucky reader can select the Plumley’s Togs item of their choice. 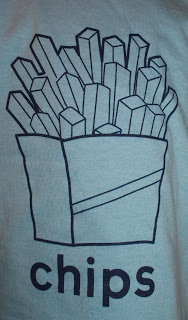