Here’s a fun costume for a set of sisters or friends: DIY Parent Trap Costume! My girls watched The Parent Trap for the first time this summer and loved it. After watching it a few times, I over heard them “playing” that they were Hallie and Annie. It got me thinking: this would be a cute Halloween costume! This turned out to be the easiest, fastest DIY Halloween costume ever. I was afraid since it was SO simple maybe people wouldn’t know what it was, but I got the supplies and put them on the table and right away my girls both screamed “Hallie and Annie!”. Then of course the battle ensued as to which sister would dress as which Parent Trap twin… I thought this was a silly fight since I was making identical costumes… but they pointed out they’re not identical costumes because of who would hold which half of the ripped parent photo!

I went with the Parent Trap at camp costume because 1.) I wanted to use the ripped photo and 2.) these were easy, comfortable outfits I knew we would reuse for everyday use. Here’s the best part about this costume – I got all of the supplies for $12 a costume AND they’re items we can use again for school and sports. 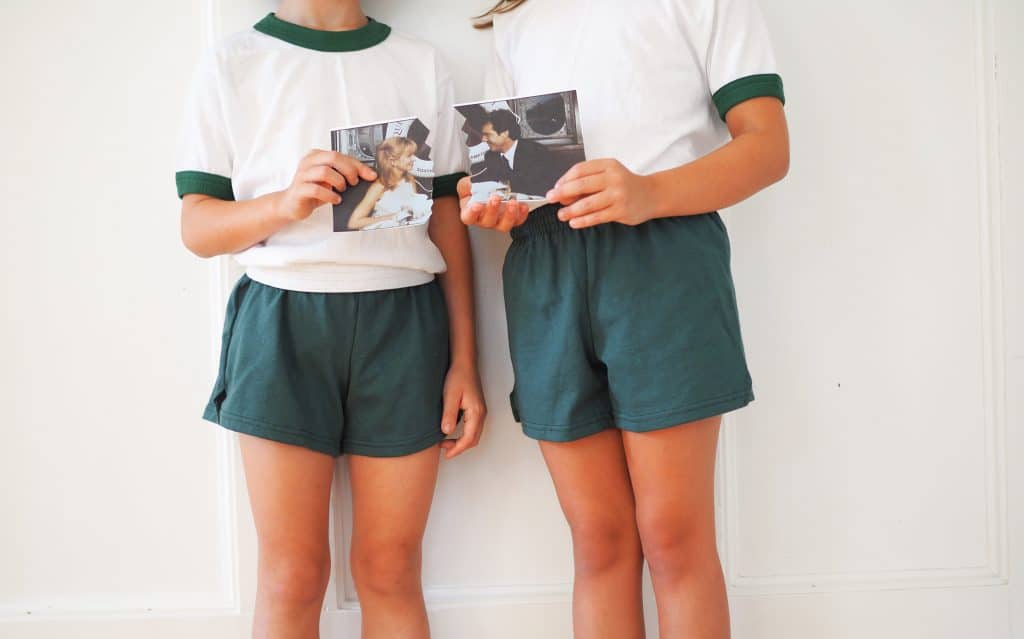 Here’s where we got the supplies:

Last we tried to style their hair similar to the girls’ hair styles at camp in the movie. We did the “half up with a headband look” and then “messy hair”. This was such a fun and easy costume to make. A friend and I were saying it would also be cute for mother’s and daughters: the girls dress up with these Parent Trap costumes and the moms recreate the camp costumes from the old movie! 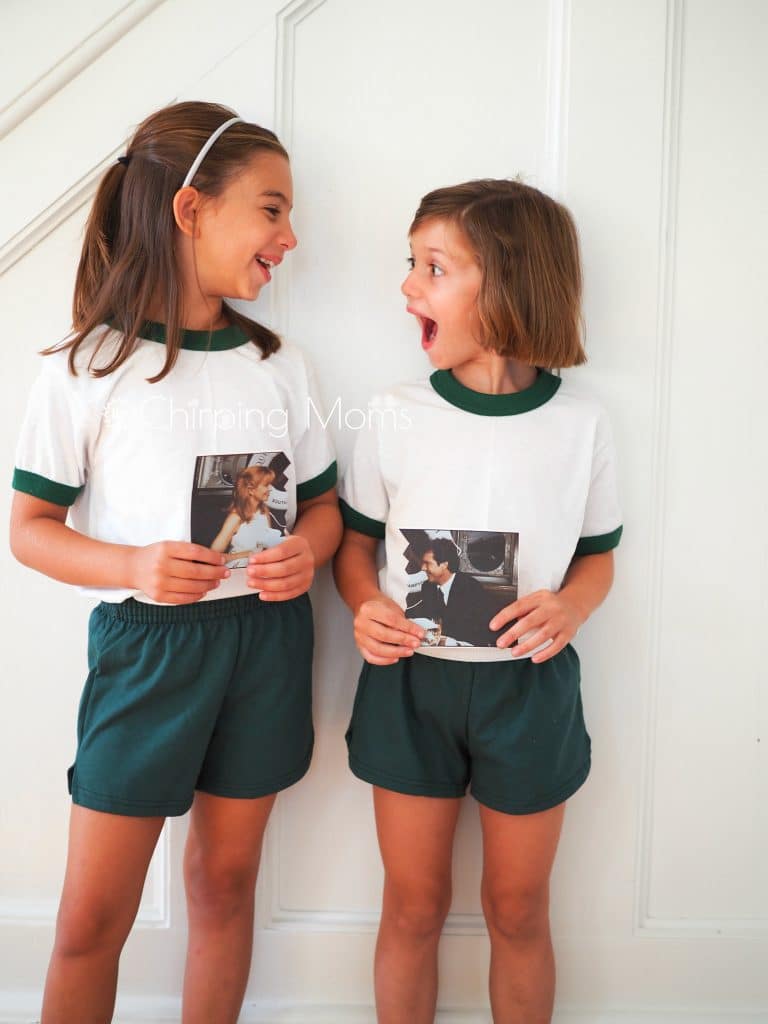 For more DIY Halloween costumes for babies, kids and families:

Visit our DIY Halloween tab above under “Holidays” or click here!

Pin this costume for later!